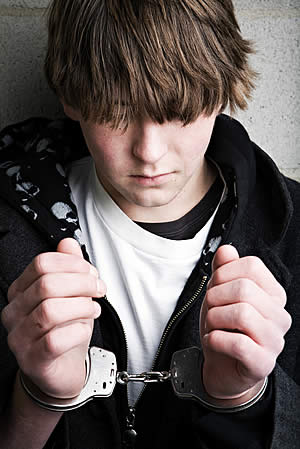 If you live in Park Forest, Mom, Dad, or other Legal Guardian, the law now holds you responsible for the behavior of your children, and you could face a $250 fine if a minor under your care commits an offense.

In a cover memo to the Village Board, Chief of Police Cliff Butz summarized the dilemma faced by many in the community in recent years, “The Police Department has continued to struggle with the lack of concern by parents and guardians of some juveniles who have been arrested numerous times. In many cases these offenders have been arrested for serious offenses, such as Robbery and Residential Burglary. The inability to have these offenders held in custody, because of their age, and then continuing to be out committing the same crimes, has long been a complaint at Neighborhood Meetings. The failure of these parents or guardians to correct the behavior of their children has brought the Department to research writing an ordinance similar to other Cities, Towns and Villages that make it a crime punishable by a fine for a parent or a guardian to allow their child to continue to commit crimes. The Village Prosecutor and Village Attorney have aided in the draft ordinance language as attached.”

The Village Board passed the ordinance unanimously at its September 24 meeting. The essentials follow.

Furthermore, parents or legal guardians “of an unemancipated minor who resides with such parent or legal guardian shall be liable for any fine or order of restitution imposed by an administrative adjudication hearing officer upon such minor for a violation of any provision of this Code, but only if the minor has not paid the fine or made restitution within the time ordered by the administrative adjudication hearing officer and said parent or legal guardian has been served with a notice to appear in the original cause as provided in this section.”

Chief Butz said at the board meeting that some parents had been telling their children not to worry when arrested. Nothing would happen to them as juveniles, their records would be sealed, and they could start clean as adults. In these cases, juveniles because repeat offenders, and, often, their parents were right, according to the chief. Soon, the kids were back out on the street.

Now, the parents or legal guardian will feel the pinch.

The ordinance went into effect immediately.

The writer is a village trustee in Park Forest. This reporting is his own. This publication is privately owned and is not affiliated with the Village of Park Forest in any way.