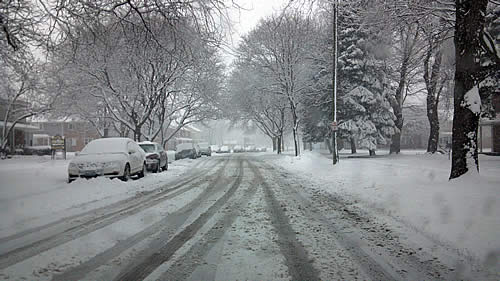 A purse was reported stolen from a classroom at Rich East High School on February 22.

Police were dispatched to investigate a burglar alarm at Forest Trail Middle School in the 200 Block of Wilson Street on February 23. Police discovered an open window and evidence that someone had stood directly under the open window. Police recovered other evidence from the scene suggesting that someone had gained entry to the building. Police are investigating.

A juvenile was arrested on February 25 and processed on a charge of possession of cannabis when an officer working at Rich East High School was told that someone was inside a bathroom rolling up some "weed."

An iPhone was reported stolen from the Weight Room at Rich East High School on February 25.

Bert E. Mitchell, 20, 1544 W. 119th St., Apt. 2, Chicago, was arrested on February 25 and charged with possession of cannabis, possession of drug paraphernalia, no rear registration light, and no driver’s license on person when an officer on patrol in the area of Sauk Trail and Lakewood Boulevard observed that the vehicle Mitchell was driving westbound on Sauk Trail did not have a functioning rear registration light, according to police.

A resident told an officer on February 25 at the Park Forest Police Department that she discovered two unauthorized purchases made at Proflowers.com on her account. Police are investigating.

Martin J. Butowski, 28, 160 Nanti St., Park Forest, was arrested on February 27 and charged with felony possession of methamphetamine when police were dispatched to the 100 block of Nanti Street to investigate a report of possession of a controlled substance. Police say the discovery was made when Illinois Department of Corrections agents went to that address to do a parole check on Butowski.

Jesse E. Culley, 19, 66 Indianwood Blvd., Park Forest, was arrested on February 27 and charged with felony financial institution fraud when police were dispatched to a bank in the first block of Indianwood Boulevard to investigate a report of a deceptive practice incident. According to police, Culley was allegedly attempting to withdraw money from his checking and savings accounts after knowing that fraudulent checks were deposited into his accounts. Police say Culley provided a voluntary written statement.

A 2006 Ford Expedition sport utility vehicle, Illinois license plate TREVON2, was reported stolen from a residence in the 100 block of Hay Street on February 28.

A cell phone was reported stolen from a purse that was setting in the south cafeteria of Rich East High School on February 28.

An iPhone was reported stolen from the gym at Blackhawk School, 130 Blackhawk Drive, on February 28.

A Kindle Fire tablet computer valued at $180 was reported stolen from a residence in the 100 block of Main Street on March 1.

Approximately $620 cash was reported stolen from a residence in the 300 block of Minocqua Street on March 1.

Tywon A. Nash, 33, 313 Indiana St., Park Forest, was arrested on March 1 and charged with domestic battery when police were dispatched to the 300 block of Indiana Street to investigate a report of a domestic disturbance.

Christopher J. Blackwell, 37, 377 Indianwood Blvd., Park Forest, was arrested on March 2 and charged with domestic battery and interference with the reporting of domestic battery when police responded to the 300 block of Indianwood Boulevard to investigate a report of a domestic disturbance.

David A. Latimer, 20, 3301 Willow Lane, Markham, was arrested on March 2 and issued a municipal citation charging possession of cannabis and also charged with no valid driver’s license when an officer patrolling northbound on Western Avenue observed that the vehicle Latimer was driving did not have a functioning rear license plate light, according to police.