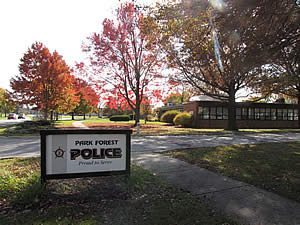 An Apple iPad valued at $600 was reported stolen from a vehicle parked in the 200 block of Mantua Street on April 1. Entry was made to the vehicle by smashing out the rear window.

An Acer laptop computer was reported stolen from a vehicle parked in the 300 block of Orchard Drive on April 2.

Several wires and cables behind businesses in the 100 block of South Orchard Drive were reported cut on April 2.

A woman told police on April 2 that one of three subjects dropped a rifle in her driveway and ran off from her residence in the 300 block of Oswego Street. When police arrived, they learned of a robbery attempt at a neighboring residence. When the owner arrived home, she related that the only items that appeared to be missing were a television and a BB gun rifle that was in an upstairs closet. One officer discovered the television that had been taken in the backyard of another residence in the 300 block of Oswego Street. Police are investigating.

Brandon C. Kennedy, 21, 494 W 17th St, Chicago Heights, was arrested on April 2 and charged April 3 with possession of firearm ammunition without a valid FOID and additionally issued a citation charging failure to display a front registration plate when police were called to the 200 block of Allegheny Street to investigate a report of a disturbance. Upon arrival, police spoke with a resident who told them that two individuals tried to "jump" him and drove off in a car. He said that one of the subjects reached under his shirt as if he had a gun. Officers were speaking with the resident when another officer advised dispatch that he had one of the suspect vehicles pulled over on Algonquin Street just off Western Avenue. A passenger in the vehicle Kennedy was driving, Fabian O. Johnson, 23, 449 W. 14th Pl., Chicago, was also arrested and charged with possession of cannabis.

Donald J. Howard, 30, 19006 Jodi Terrace, Homewood, was arrested on April 2 and charged with possession of cannabis, possession of a controlled substance, and was issued citations charging improper lane usage, no rear registration plate light, and operation of a motor vehicle with open alcohol. Detectives say they were patrolling in a vehicle traveling northbound on Orchard Boulevard from Westwood Drive when they observed that the vehicle in front of them, driven by Howard, had no rear registration plate light, according to police.

A "No parking this side" sign in the 300 block of Neola Street was reported vandalized by spray paint on April 2.

A light blue 26 inch man’s bicycle valued at $200 was reported stolen from the 300 block of South Orchard Drive on April 2.

David N.M.I. Peavy, 54, 350 Juniper St., Park Forest, was arrested on April 2 and charged with possession of cannabis and issued a citation charging improper lane usage when detectives traveling northbound on Orchard Drive from Lakewood Boulevard observed the vehicle Peavy was driving swerve from the northbound left lane into the northbound right lane, according to police.

Police responded to a Park Forest school on April 3 when a student told them that her mother had hit her and threatened to kill her. Police investigated and the case was turned over to DCFS.

Laron Tyrel Holt, 29, 16450 Roy St., Oak Forest, was arrested on April 3 and charged with assault and issued a municipal citation charging soliciting without a permit when police responded to the first block of McCarthy Road to investigate a solicitor complaint. Police say Holt was soliciting for a gas energy service for IGS Energy and allegedly became irate, "shaking and swinging his closed fists while yelling profanities," according to the report. Police say the resident simply asked Holt if he had a permit to solicit.

Police say a juvenile broke free when a group of three juveniles threw him to the ground and attempted to take his phone and any money he might possess. The incident occurred at the corner of Apache and Allegheny Streets on April 3.

A juvenile was arrested on April 3 and charged with resisting a peace officer and disorderly conduct when liaison officers at Rich East High School were advised that there was a fight in a hallway near the maintenance room.

A green metal and wooden three-person long bench valued at $50 was reported stolen from a residence in the 200 block of Hickory Street on April 4.

Three juveniles were arrested on April 4 and charged with attempted residential burglary when police responded to the 300 block of Westgate Drive to investigate a report of suspicious circumstances made by a resident.

Two juveniles were issued municipal citations charging retail theft and battery when police were dispatched to the first block of Main Street in reference to a report of a fight.

Stephanie S. Ellington, 21, 4031 S. Vincennes Ave., Chicago, was arrested on April 4 and charged with one count of battery after police responded to the Park Forest Police Department to investigate a report of a disturbance in the lobby. A juvenile was also taken into custody regarding this incident and will possibly be petitioned on a charge of battery, according to police.

A light blue Schwinn mountain bike and a multi-color mountain bike were reported stolen from the 300 block of Forest Boulevard on April 5.

Ivory Scott, 47, 3384 Western Ave., Park Forest, was arrested on April 5 and charged with one felony count of driving under the influence and issued citations charging illegally squealing/screeching of tires, operation of an uninsured motor vehicle, and driving while license was revoked. Police say an officer in the 2500 block of Western Avenue observed that the vehicle Scott was driving northbound on Western Avenue from Norwood Boulevard was illegally squealing and screeching its tires, according to police. Police discovered that Scott had several past DUI and driving while license was revoked convictions, according to police.

Police say a juvenile was the victim of battery at the playground area of Indiana School, 165 Indiana Street, on April 6. Police learned that the victim had a small fracture to his right orbital bone near his nose and also sustained a cut to his face. Police have suspect information and continue to investigate.

Police were dispatched to the 100 block of Hemlock Street on April 6 to investigate a report of criminal damage to property. A resident reported damage to the locking mechanism of a door. Additionally, police say there was a small dent located near the handle, consistent with some type of prying device, according to police. The resident has a pit bull dog which is permitted to roam the residence when no one is home. The resident believes the dog scared off those who were attempting to gain entry to the home, according to police.

Deshaun D. Harris, 20, 3016 W. Lexington St., Chicago, was arrested on April 6 and charged with possession of cannabis when police were dispatched to the 200 block of Washington Street to investigate a complaint of suspicious subjects. Kendall Sledge, 19, 2860 Nichols St., Sauk Village, was also arrested and charged with obstructing justice.

A number of gold necklaces and other items were reported stolen from a residence in the 100 block of Peach Street on April 6.