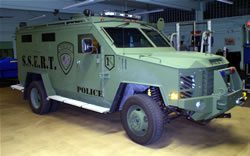 A resident went to the Park Forest Police Department on March 5 to report that her credit card had been used to make unauthorized purchases from an online bill payment website. Police continue to investigate.

An Xbox game system was reported stolen from a residence in the 100 block of Westwood Drive on March 7.

Police responded to the Park Forest Police Department on March 9 to investigate a report of financial identity theft. A resident reported receiving a credit card, but when he activated the card he found that there was already activity on the account. Police continue to investigate.

Jeremy C. Morris, 21, 36 W. Rocket Circle, Park Forest, and two teenagers were arrested on March 10 and charged with possession of cannabis when police responded to Court F-2 to investigate a report of two suspicious vehicles.

A juvenile was arrested on March 10 and processed on one count of battery when police were dispatched to Park Forest Academy, 375 Oswego Street, to investigate a battery complaint.

Police were dispatched to a residence in the 300 block of Sauk Trail on March 11 to investigate a domestic disturbance. While en route, dispatch advised police that the caller stated that someone had struck him with a bottle. There were no arrests. Police continue to investigate.

A window of a mobile classroom at Blackhawk School, 130 Blackhawk Dr., was reported shattered on March 10.

A kitchen door window of a residence in the 2800 block of Western Avenue was reported shattered on March 11 and police responded to that residence to investigate a report of burglary. Police discovered that the heat had been turned up and the light was turned on in the basement of the residence. Nothing appeared to be missing, according to police.

A juvenile was arrested on March 11 and charged with battery when police were dispatched to the 100 block of Indiana Street to investigate a report of a fight involving approximately 20 people.

Rydell S. Covington-Ewing, 19, was arrested on March 11 and issued municipal citations charging walking in the roadway and possession of cannabis when detectives observed to man walking directly in the middle of the roadway westbound on Cherry Street from Lester Street.

Stephanie D. James, 29, 65 Sauk Trail, Park Forest, was arrested on March 11 and charged with battery when police were dispatched to the area of Sauk Trail and Orchard Drive to investigate a reckless driving/road rage complaint.

Approximately 20 baseball bats, wood and aluminum, approximately 10 catcher helmets, approximately 6 chest protectors for catchers, and two boxes of white safety soft baseballs were reported stolen from a Park Forest Baseball storage facility in the first block of Westwood Dr. on March 11. The estimated value of the item stolen is $660. Two windows and the screen at the facility were also damaged.

Police were dispatched to the Park Forest Housing Authority office in Village Hall to investigate a report of fraud. According to police, the Director of the Housing Authority, Ernestine Watson, discovered a check in the amount of $661.67 that had been issued to “Wal-Mart stores” on December 22. According to police, Ms. Watson stated that when she further checked records, she discovered that the check was fraudulent and had never been issued by the Village of Park Forest Housing Authority. Police continue to investigate.

An RD-4000 receiver and transmitter valued at $1500 and a bag of tools valued at $200 were reported stolen from a vehicle parked in the 200 block of Arrowhead Street on March 12.

Nathan M. Harston, 18, 5423 Georgetown Dr., Matteson, was arrested on March 13 and charged with possession of cannabis when an officer observed a vehicle pull into a parking spot at CVS Pharmacy, 1 Main Street, and sit in that spot for approximately 10 minutes with no movement, according to police. The officer made contact with the driver and observed a strong odor of burnt cannabis emanating from the interior of the vehicle, according to police.