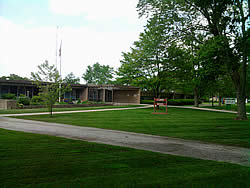 Police were dispatched to the Park Forest Police Department on May 19 and were advised that a student at Illinois School had been the victim of constant bullying and that a student was threatening to kill himself. Staff members didn’t feel safe allowing student to ride the school bus home, police said.

On Thursday, May 20, Officer Chaney went to Illinois School and met with Assistant Principal Mays about the incident. Parents of the alleged offenders were contacted and advised to respond to the police station to meet with Officer Chaney. Parents of the alleged offenders were issued municipal citations on behalf of their children charging disorderly conduct, and a hearing date was set.