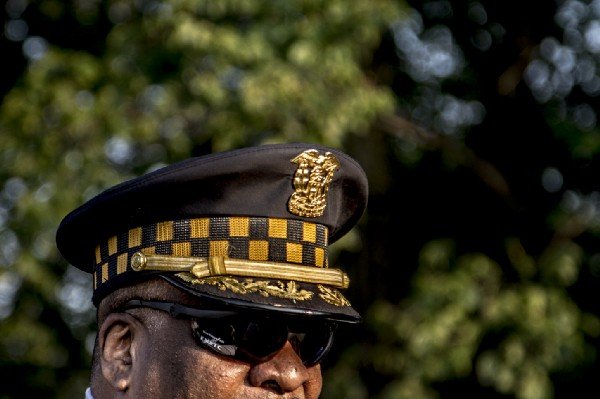 “Unconstitutional policing has no place in the Chicago Police Department or the city of Chicago,” said Supt. Eddie Johnson in response to a U.S. Justice Department report finding patterns and practices of excessive force and other widespread violations in the department.

The report cited failings in training, supervision, and accountability structures, “describing a broken Chicago Police Department that falls woefully short on nearly every level,” with black and Latino Chicagoans far more likely to be subject to unreasonable force, the Chicago Tribune reported.

The Tribune noted the DOJ report’s criticism of reform efforts by Mayor Rahm Emanuel, and the Chicago Sun-Times highlighted aspects of the report including CPD’s outdated training and tactics, the impact of the requirement that complaints be filed with a sworn affidavit, and unclear prospects for a consent decree governing reform efforts with the Trump administration about to take over DOJ.

The Sun-Times also highlighted anecdotes from the report revealing CPD’s “dangerous,” “unsound,” and “unconstitutional” tactics and practices. (The stories in the report of shoddy investigations by CPD’s accountability organs are also dramatic and shocking.) It reported reactions from Black Lives Matter activists and from survivors of police abuse.

DNAinfo Chicago covered revelations from the report that CPD failed to accurately track use of force incidents, along with shortcomings of the department’s training program and racist rants by officers on social media uncovered by DOJ.

The report “has altered the political and legal landscape of Chicago” – and represents a call to citizen action, Jamie Kalven writes in Crain’s. At South Side Weekly, Kylie Zane questions the report’s recommendations calling for additional resources for CPD.

On NPR, Dean Angelo of the Fraternal Order of Police challenged the “sense that police officers in Chicago are targeting people based on ethnicity.”

A number of patterns emerge from the report, including reform initiatives where DOJ argues the city and police department need to go further and areas in which CPD lags legal and industry standards.  The report also sheds new light on the controversy introducing a new policy on street stops.

Perhaps most significantly, the report cites repeated instances of reform initiatives that fell short because they were rolled out too quickly, in response to a crisis and with insufficient planning.  Indeed, it sounds like the department’s Taser training program was a failure – “officers were not effectively taught how or when to use the Taser as a less-lethal force option”; the department’s Taser policy doesn’t meet constitutional standards and “permits the use of Tasers in situations where it is unreasonable” – and may need to be redone.

DOJ repeatedly warns of going off half-cocked and emphasizes the need for sustained attention to reform efforts. The department’s “ambitious plan” to quickly increase the number of officers trained to handle mental health crises “should not be at the expense of the quality of its crisis intervention response.”   De-escalation training “must be expanded and sustained” and integrated throughout the department’s training program.

Improvements in training that have been announced “could represent critical improvements” if they are “properly resourced and staffed,” but they “cannot be allowed to languish or to be handled in a quick, reactive manner, which is how officers characterize previous trainings….It remains to be seen whether this commitment will translate into a sustained effort.”

A new early warning system to identify officers in danger of misconduct “may not be any more fruitful than past attempts, unless the city lays the groundwork and stays focused until EIS is fully integrated into CPD culture.” Reviving community policing will be “a lengthy endeavor requiring sustained commitment and focus.”

This could be read as concern over Mayor Emanuel’s politically-oriented, rapid-response management style.  It could also be the reason DOJ says its investigation “has found that the reforms the city already plans to implement, as well as the additional reforms our investigators found necessary, will likely not happen or be sustained without the reform tools of an independent monitor and a court order.”

The next few months, before the Trump administration assembles its team at DOJ, represent a window of opportunity for negotiating such a consent decree, and pressure should be kept on the mayor to do so, civil rights attorney Craig Futterman told View from the Ground.

Throughout the report, DOJ highlights areas where CPD lags various standards – constitutional and legal standards, national police standards, and in some cases CPD’s own departmental policy.

CPD “engage in unsound policing tactics” including foot chases without a reasonable legal basis, shooting at fleeing individuals who present no immediate threat (in violation of constitutional standards), “recklessly positioning themselves in the path of moving vehicles” and shooting at vehicles (in violation of departmental policy which “CPD did not enforce”), and discharging weapons without regard for innocent bystanders.

“We observed a trend in shootings resulting from CPD officers unnecessarily escalating confrontations or using reckless, untrained tactics, putting themselves in a position of jeopardy and limiting their force options to just deadly force.”

Supervisors consistently ignore CPD policy that requires them to investigate use-of-force incidents. This “helped create a culture in which officers expect to use force and never be carefully investigated.”

The Independent Police Review Authority (IPRA) has routinely violated a city ordinance requiring it to investigate incidents involving Taser use and “no hit” shootings, a practice that “allows a large number of policy or constitutional violations to go undetected.”

IPRA and the Bureau of Internal Affairs suffer from “entrenched investigative deficiencies and biased techniques” that are “out of step with practices at other agencies.” These include an unwillingness to probe inconsistencies between officers’ accounts and other evidence; failing to interview officer and civilian eyewitnesses; making no effort to prevent subjects and witnesses from colluding on testimony; and allowing attorneys to coach officers on the responses to investigators’ questions.

“We have not heard of any other agency that permits witness coaching to occur in the very presence of investigators, much less requires investigators to cooperate in concealing it,” according to the report.

IPRA has routinely failed to track physical evidence including DNA and gunshot residue tests. And while city ordinance requires IPRA to review police misconduct lawsuits for possible disciplinary investigations, there is “no timely systematic review process.” Between 2011 and 2015, IPRA recommended discipline in less than 4 percent of cases that had previously resulted in misconduct settlements.

CPD should bring its training program “in line with national standards” and correct “severe deficiencies that impede recruits’ preparedness to police constitutionally and safely.”

Its deadly force training was “clearly out of date with commonly accepted police standards” and was inconsistent with the department’s own force policies. Training facilities are “in disrepair” and “features typically used to support recruit training are non-existent.” The training division is “perennially understaffed” and required to roll out new trainings on a few days notice in response to the latest crisis. “The impact of the lack of in-service training [generally 40 hours each year in other departments] cannot be overstated.”

According to DOJ, the industry standard is one patrol supervisor for seven officers; the ratio in CPD is typically much higher, and can run upwards of 35 officers for one sergeant.

One more divergence from national standards: CPD’s counseling service has three clinicians for 13,500 sworn personnel, compared to six counselors for 2,900 sworn personnel in the Miami-Dade Police Department and 13 counselors for 10,000 officers in the Los Angeles Police Department.  Meanwhile CPD’s suicide rate is 60 percent higher than the national average for law enforcement personnel.

The report sheds new light on controversial reforms introduced last year to reduce illegal stops and searches. Following a legal settlement with ACLU, CPD introduced forms for officers to fill out to record street stops. Officers found the forms cumbersome, and some have suggested the reduction in street stops that followed the settlement played a major role in the increase in shooting deaths this year.

It turns out such forms are common in other departments. According to DOJ, “documenting stops and searches in the manner captured by ISRs [Investigatory Stops Reports] is a practice that has been in place for many years in other large-city police departments.”

But in Chicago the new form “was quickly rolled out without a thoughtful, comprehensive training plan.”  Training focused on how to fill out the form – not how to conduct lawful stops and searches.

The failure to deliver appropriate training left officers feeling the change was politically driven instead of “an integral part of policing the community safely and effectively,” and now “many officers do not support the reforms or understand how to implement them effectively” according to the report.

“This reaction likely could have been minimized if CPD had appropriately planned this training, and delivered it in the context of a robust in-service training program that addresses connected issues, such as constitutional policing and CPD policies on stops, searches, and arrests.”

Throughout the report there are comments by anonymous officers, investigators, and residents. “Officers of all ranks agreed” that CPD’s training was insufficient. Officers say they do not receive sufficient training when policies change, and worry that they’ll get in trouble for not following a policy that has never been explained to them.

One officer confirmed hearing derogatory language used against African Americans; black officers report they have been profiled by their own department. An officer says a white kid on the North Side will get a citation for marijuana possession, but a black kid on the South Side will get arrested; his supervisor confirms this.

And there are many voices of residents. “Strikingly,” resident of black and Latino communities “consistently expressed concern to us about their treatment when they or their family members are the victims of crime.” Family members of homicide victims say their treatment “made them feel CPD does not care about the murders of black men and women.”

Young people complain of routine harassment, of feeling “unfairly targeted and stereotyped by police.”  And their feeling of being dehumanized was mirrored in the language some officers used to characterize residents of black communities.

DOJ argues that CPD “can better support lawful policing, gain legitimacy in the eyes of the public, and more effectively address crime, if it roots out unlawful and divisive practices and infuses its systems with a community-focused approach.”