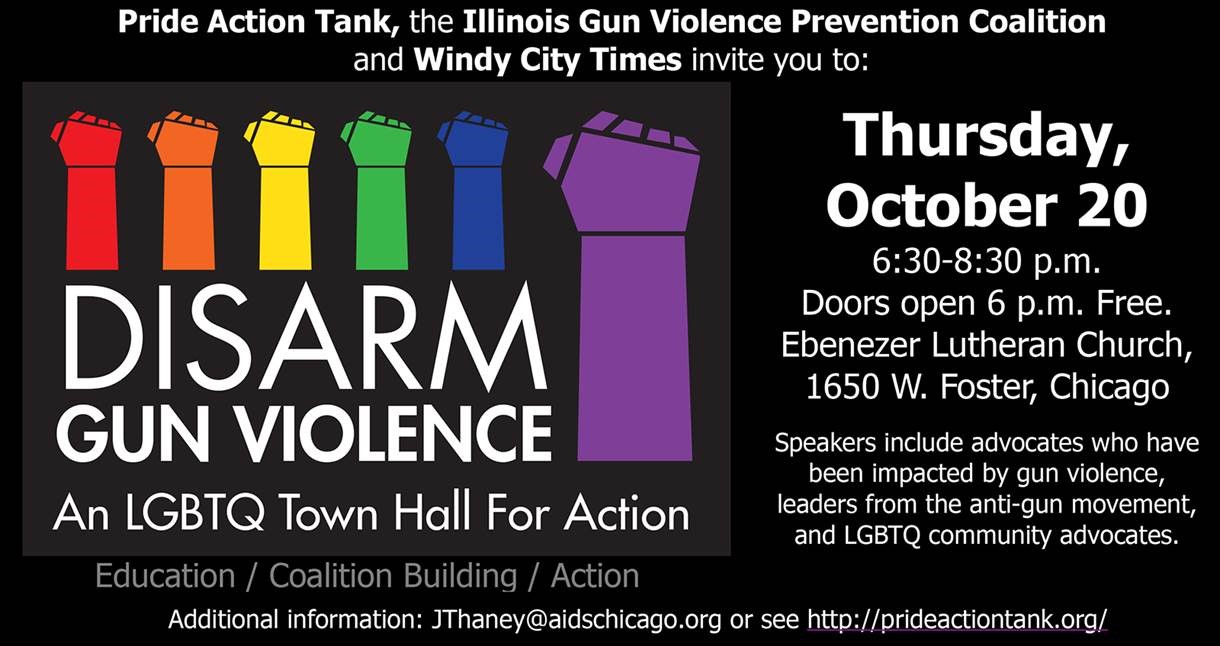 CHICAGO —(ENEWSPF)–October 4, 2016.  In response to the epidemic of shootings in Chicago, and the massacre of mostly LGBTQ, mostly Latino individuals at the Pulse nightclub in Orlando, Chicago-area LGBTQ, Latinx, community and gun violence prevention organizations are coming together for “Disarm Gun Violence: An LGBTQ Town Hall For Action” Thursday, October 20. The event will focus on education, coalition building and action.

The free program will feature various speakers who are doing the work on anti-gun violence, including through activism, advocacy and electoral politics. LGBTQ activists will address the need to amplify the existing organizational work, and bring new resources to the table for more effective coalitions.

McCormack will discuss the story of her own family’s loss as a result of gun violence in Chicago, and she will be joined by others who have felt personal loss, including John Ziegler, whose friend Mbiganyi Lashani was gunned down this summer.