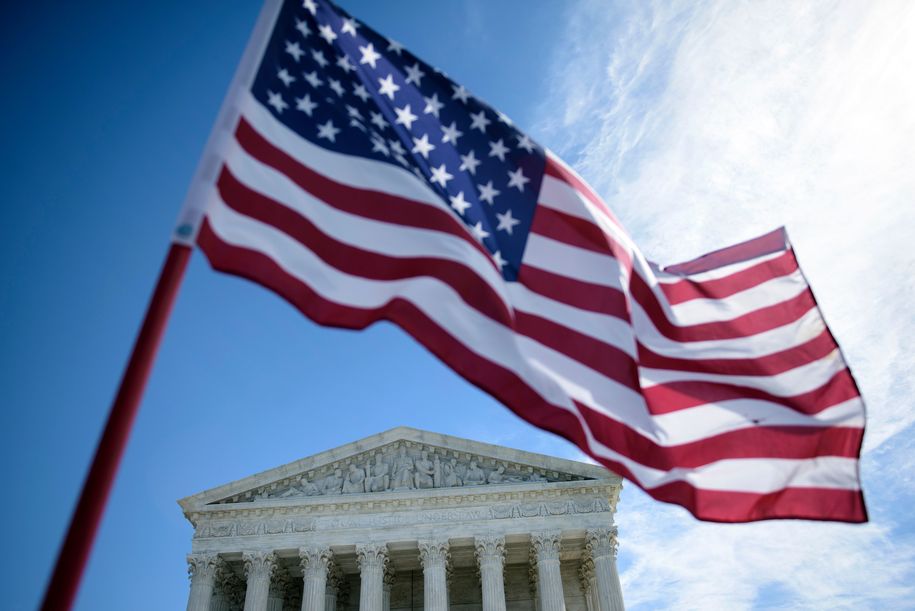 Trump has constantly sought to erode freedom of the press, taken verbal potshots at protesters, and the only wall he doesn’t love is the one between church and state. However, he woke with a new bee in his white nationalist bonnet on Tuesday morning.

State laws against flag burning were overturned by the Supreme Court in 1989, and a 1990 decision confirmed the same applies to federal law.

Flag burning as a means of protest is considered protected speech under the First Amendment. It’s protected exactly because it is so potent, because so many people do find it offensive. Because it makes people angry. Bland speech. Speech that offends no one? It doesn’t need protection.

Several attempts have been made to introduce a constitutional amendment against flag burning. The last of these failed to pass the Senate by a single vote in 2006.

However, Trump’s proposed penalty isn’t just ridiculous, it’s impossible. In rare instances, a naturalized citizen can be stripped of citizenship (the process is called “denaturalization,” and it’s mainly invoked for those who falsified information when applying for citizenship). Citizens born in the United States can’t have their citizenship revoked against their will. Not even in an Edward Everett Hale story.

So the president elect starts the day by calling to reduce your rights and threatening to impose a penalty that is currently impossible. Sadly enough, that’s just another Tuesday in America.

Getting enough votes to pass a flag amendment today might not be as easy as it seems.

Mitch McConnell on flag burning: "People like that pose little harm to our country. But tinkering with our First Amendment might."