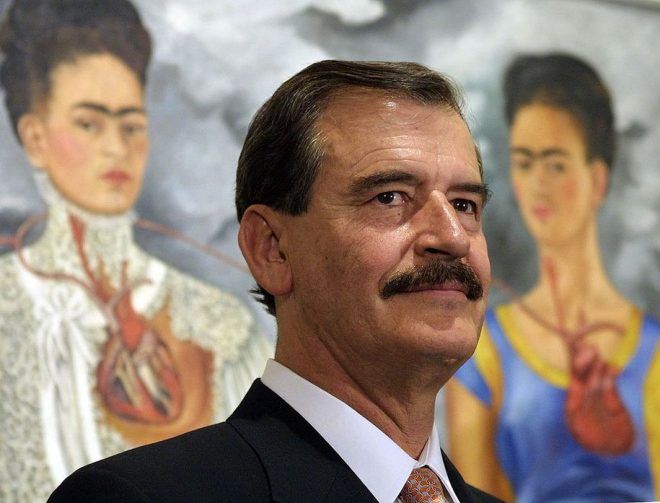 The former President of Mexico, Vicente Fox Quesada, is pulling NO punches when it comes to Donald Trump and his ridiculous campaign promise to make Mexico pay for a wall along the U.S. border.

TRUMP, when will you understand that I am not paying for that fucken wall. Be clear with US tax payers. They will pay for it.

He called it a “racist monument” and vowed that Mexican citizens will never pay for it:

Trump may ask whoever he wants, but still neither myself nor Mexico are going to pay for his racist monument.
Another promise he can't keep.

Of course anyone with half a brain could see this coming. It was ludicrous to think Mexico would ever pay for the wall.

Fox has been on a roll this week. He also slammed Trump for his hypocrisy when it comes to Trump-branded crap, which is nearly all made outside the U.S.:

Well done Trump. At the very end many jobs will come from forcing GM, FORD, to stay home. Why you don't do it in your own businesses.