Fraud Trump’s Income is a Fraction of What He Claims 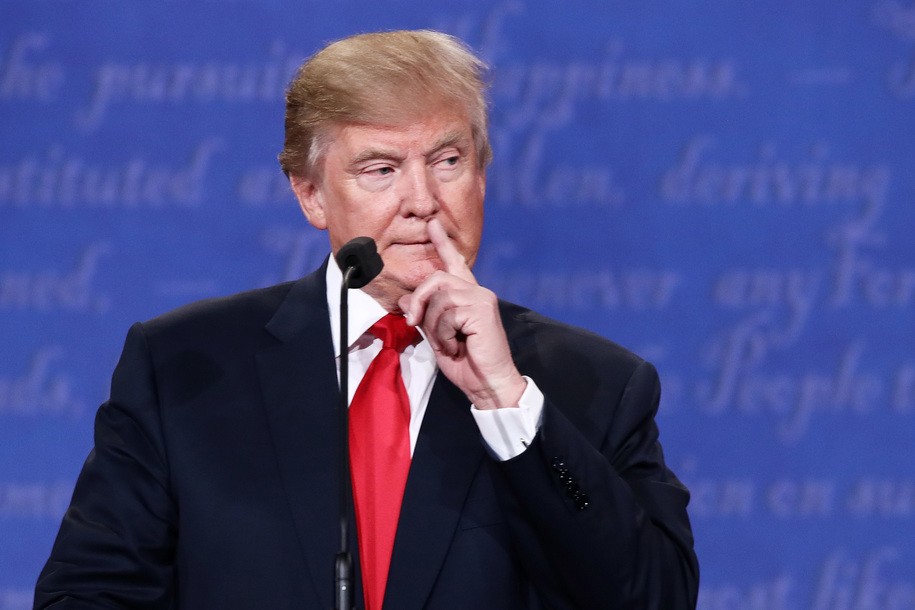 Donald Trump’s net worth has never been a number strictly centered in reality. It’s more of an attitude.

“My net worth fluctuates, and it goes up and down with markets and with attitudes and with feelings, even my own feelings, but I try.”

And as it turns out, the income reported on Donald Trump’s financial disclose forms is also a kind of feeling … no, an attitude … no a fantasy.

On the financial disclosure forms that Donald J. Trump has pointed to as proof of his tremendous success, no venture looks more gold-plated than his golf resort in Doral, Fla., where he reported revenues of $50 million in 2014. That figure accounted for the biggest share of what he described as his income for the year.

But this summer, a considerably different picture emerged in an austere government hearing room in Miami, where Mr. Trump’s company was challenging the resort’s property tax bill.

Mr. Trump’s lawyer handed the magistrate an income and expense statement showing that the gross revenue had indeed been $50 million. But after paying operating costs, the resort had actually lost $2.4 million.

Donald Trump claimed $50 million of WIN! But it was actually $2.4 million of LOSE! The financial revenue forms that Trump insists are more important than this taxes aren’t just wrong, they’re a fraud—not worth the paper they’re printed on.

The same may be true of Donald Trump.

Throughout his disclosure forms, Trump has conflated “income” with “revenue,” giving a wildly distorted picture of what he actually made.

The records demonstrate that large portions of those numbers represent cash coming into his businesses before covering costs like mortgage payments, payroll and maintenance. After expenses, some of his businesses make a small fraction of what he reported on his disclosure forms, or actually lose money. In fact, it is virtually impossible to determine from the forms just how much he is earning in any year.

Trump insists on giving huge figures meant to dazzle his rally crowds with his fabulous wealth. In fact, every time he gives a number, it seems to be a larger number.

In news releases, the Trump campaign said that “Mr. Trump’s income” listed in a disclosure form filed last year was $362 million, and was more than $557 million in a form filed this year. During the debate with Mrs. Clinton in September, he mentioned an even larger figure.

He should be surprised. Because he’s not making that much. The number isn’t reflected on his disclosure forms, and you can be sure it’s nothing like what Trump reported on his hidden taxes.

As part of that staggering figure, Trump claimed he made $20 million in rentals from his building at 40 Wall Street. But just as with his golf course, that’s a gross exaggeration. 40 Wall Street raked in about $3 million in 2015. Which sounds good, except it doesn’t cover the more than $5 million it lost year after year since 2008. It’s the same on the rest of Trump’s form. A property listed as making $5 million, actually brought in $43,000. Ice rinks that Trump reported to be bringing in $13 million …

Recent figures were not available, but a 2011 city audit showed that for the previous three years, an average of $25,340 a year for both rinks was left after expenses.

Donald Trump, big time billionaire, is simply Donald Trump, enormous fraud. Neither his income nor his net worth are anywhere close to what his says.

While I was doing research for TrumpNation later on, he said he had $5 billion to $6 billion stashed away, but when I spent the night at his Palm Beach estate, a glossy little pamphlet found its way into my room stating he had amassed $9.5 billion. And on and on and on.

Three executives with intimate knowledge of Donald’s finances and track record told me at the time that they thought he was worth $150 million to $250 million.

Donald Trump has always been a con man. Whether he’s bilking investors in Atlantic City or bilking “students” at Trump University, what he’s selling is the gold-plated dream of wealth. Now he’s bilking America.

But all that money is not real. Neither is Trump.