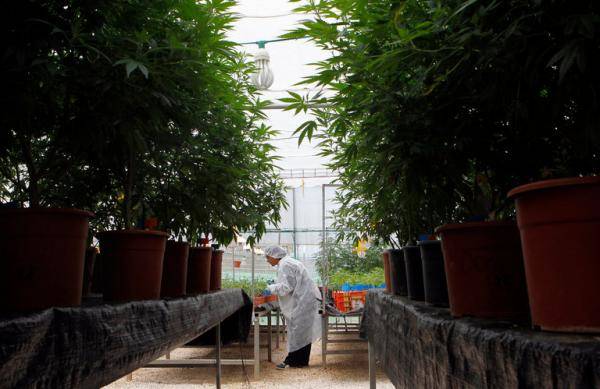 DPA’s Ethan Nadelmann Says Proposal a Good Symbolic Step Forward, But “The Devil Is In The Details”

NEW YORK—(ENEWSPF)—March 6, 2017. On Sunday, Israel took a big step toward decriminalizing adult marijuana use. The Israeli Cabinet approved a proposal that would replace criminal penalties with fines for people who are caught using marijuana in public. The proposal from the Ministries of Justice and Public Security has received support from Prime Minister Benjamin Netanyahu, but still requires approval of the Israeli Parliament before becoming law.

Some Israeli marijuana reform advocates worry that the plan may do more harm than good. Over the next two months, they will be working to improve the proposal before it becomes law.

The new plan stipulates that people caught using marijuana in public would be fined $270 for the first offense, $550 for the second offense, and probation for the third. However, after being caught a fourth time, people will be charged with criminal penalties, with the possibility of facing up to 3 years behind bars. Minors caught using marijuana in public would be criminally investigated if they refuse to join a treatment program. The proposal also does not expunge the criminal record of anyone previously convicted of marijuana possession.

“It’s a good symbolic step forward but the devil is in the details,” said Ethan Nadelmann, Executive Director of the Drug Policy Alliance. “The last thing Israel needs is a reform that takes one step forward and two steps back.”

Tamar Zandberg, a Member of the Israeli Parliament and the chairwoman of the Knesset Special Committee on Drug and Alcohol Abuse, said that “this is an important step, but not the end of the road. It sends a message that a million of Israelis who consume marijuana aren’t criminals. We will carry on following the details in the committee and ensure that the change is implemented.”

New York offers a cautionary lesson as to the harms of incomplete or partial decriminalization. New York State first decriminalized personal marijuana possession in 1977 yet tens of thousands of people continue to be arrested to this day because of a loophole in the law that allowed police to make arrests if marijuana was detected “in public view”.  Due to racially discriminatory policing practices, those arrested are disproportionately young, Black, and Latino.

“It’s good that the Israeli government is officially acknowledging that people shouldn’t be criminalized for their marijuana use – but this proposal can and should be improved upon,” said Hannah Hetzer, senior international policy manager of the Drug Policy Alliance. “The fines are excessive, prior records should be expunged, and minors shouldn’t be threatened with criminal penalties if they refuse to seek treatment. Examples from other countries – such as Portugal – show that effective decriminalization models remove criminal sanctions from the equation altogether.”

Oren Lebovich, the chairman of the Green Leaf party and the founder of an Israeli cannabis magazine, said, “This plan is far from decriminalization. It can still land people in jail; worse it allows the police to search and enter a house when they suspect someone is smoking a joint. Nor does it expunge the record of anyone previously convicted of this so-called ‘crime.’ Thankfully, this is only a first draft and we have two more months to change it before it becomes law.”

Israel has long been a world leader in medical marijuana research, medicine and technology, with over 25,000 Israelis licensed to use medical marijuana for cancer, epilepsy and other diseases. In the U.S., 20 states have decriminalized possession of a small amount of marijuana for personal use, eight of which have also approved legal regulation of the production, distribution and sale of marijuana.

JERUSALEM — Israel, which has been at the forefront of research into medical marijuana and the drug’s commercialization, took a major step on Sunday toward officially decriminalizing its recreational use.

At a time when many American states and European countries are loosening marijuana laws, the Israeli cabinet approved a plan that would impose fines rather than criminal penalties on those caught using the drug in public.

Growing and selling marijuana, which is widely used here recreationally and medicinally, would remain illegal.

“On the one hand, we are opening ourselves up to the future,” Prime Minister Benjamin Netanyahu told the cabinet. “On the other hand, we understand the dangers and will try to balance the two.”

The decision still requires the approval of Israel’s Parliament, the Knesset.

Until the decision on Sunday, people charged with marijuana use could face heavy fines and even incarceration, though the official policy in recent years effectively amounted to decriminalization. There were fewer than 200 arrests in 2015.

About 25,000 Israelis, in a population of 8.5 million, hold permits to use medical marijuana to ease symptoms of cancer, epilepsy and other diseases, but that number is expected to grow rapidly.

Under the new rules, people caught using marijuana publicly a first time would face a fine of about $270 rather than criminal charges. Fines would rise with repeated offenses, with criminal charges filed only after a fourth offense.

The new rules were drafted, after much debate, by Gilad Erdan, the public security minister. “The government’s approval is an important step on the way to implement the new policy, which will emphasize public information and treatment instead of criminal enforcement,” he said after the cabinet’s decision on Sunday.

Israel has been active for decades in studying the use of marijuana for medical purposes, and the government and private industry have been working to turn it into a major business, including for export.

ICan: Israel-Cannabis, a venture fund and technology incubator for start-ups in the medical marijuana business, praised the decision.

“This step, although not legitimizing use, is due to reduce the negative perception of the plant as ‘immoral’ or ‘criminal,’ increasing openness to its outstanding medicinal and wellness properties,” Saul Kaye, a pharmacist and the fund’s chief executive, said in a statement. “The decision will significantly increase entrepreneurship and investment into cannabis in Israel.”

While marijuana use has long been overlooked by the authorities in Israel, the police have continued enforcement against growers and dealers. A campaign is underway for the law to distinguish between those growing small amounts, particularly for medical purposes, and those growing it commercially. The cabinet decision on Sunday did not address that issue.