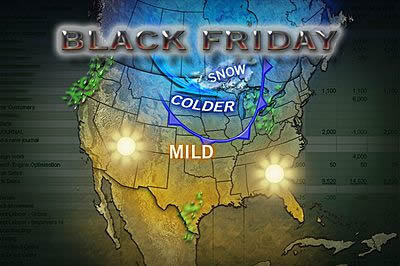 State College, PA-(ENEWSPF)- AccuWeather.com reports a change in the weather pattern is on the way and will kick off with a blast of cold air and the season’s first widespread round of lake-effect snow this weekend.

Enough snow can fall in some areas to make for slippery travel.

The caboose in a train of storms slamming the Northwest since last weekend will spin across southern Canada this weekend, after the Thanksgiving holiday. The storm will tap arctic air as it moves by, sending it across the Midwest and into the Northeast.

Areas downwind of all the Great Lakes will partake in lake-effect flurries, squalls and snow.

The lake effect will begin Friday morning along the southern shore of Lake Superior and continue southeastward across the balance of the lakes spanning Friday afternoon, Friday night and throughout Saturday.

According to Winter Weather Expert Brian Wimer, "While the event will be relatively brief, lasting 12 hours or so, it will be the first widespread lake-effect snow event of the season."

A locally heavy snow accumulation is possible over the Upper Peninsula, the northwest part of the Lower Peninsula of Michigan, part of southwestern Ontario, the northeastern corner of Ohio, northwestern Pennsylvania, western New York (south of Buffalo) and in the snow belts just north of Syracuse, N.Y. Accumulations in narrow bands within these areas could pick up between a half a foot and a foot of snow. 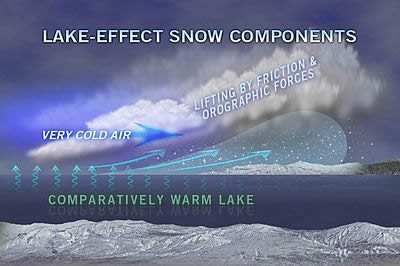 The area over southwestern Michigan to northwestern Indiana may have the shortest duration of lake effect due to the speed at which the cold air pivots through the region. As a result, significantly less snowfall is likely.

However, as the cold air first charges in, blinding, ground-covering squalls can reach into the central Appalachians late Friday night and Saturday. Such snow squall activity in the past has contributed to multiple vehicle accidents on the interstate highways.

According to Chief Meteorologist Elliot Abrams, "A brief flurry could even reach all the way to the northern and western suburbs from Washington, D.C., to Philadelphia, New York City and Boston at some point during Saturday."

Motorists around the Great Lakes to the central and northern Appalachians this weekend are advised to drive carefully and make sure their vehicles are prepared for winter driving.

Folks heading to sporting activities or attending parades in the region should be ready for windy, cold weather, in addition to flurries and snow squalls. AccuWeather.com RealFeel® temperatures will be in the single digits, teens and 20s over the region.

By Sunday, the lake-effect snow machine will turn off in all but parts of western and central upstate New York and northwestern Pennsylvania. A biting wind will continue over the mid-Atlantic, New England and neighboring Canada.

Much of the snow on the ground will evaporate by early next week, except for the heavy snow belt areas and over some of the mountains from West Virginia to western New York. Less wind is in store for the Northeast on Monday.

Weather Elsewhere Across the U.S. on Black Friday

The bitter cold blast and blustery winds are also headed to the Northeast and mid-Atlantic, but not until Saturday. Shoppers and anyone enjoying the day outside will instead be treated to mild temperatures on Friday.

The chance for a shower will extend as far eastward as the Interstate 81 corridor on Friday, while a dry day unfolds for the entire Interstate 95 corridor from Portland, Maine, to Miami, Fla.

Black Friday shoppers will also be treated to dry and comfortable weather throughout the Southwest.

The Northwest will endure yet another Pacific storm system on Friday. More rain and mountain snow will stream onshore with the heaviest centered on western Washington.

Gusty winds preceding this storm system will whip places to the lee of the Rocky Mountains in Montana, including Cut Bank and Great Falls.