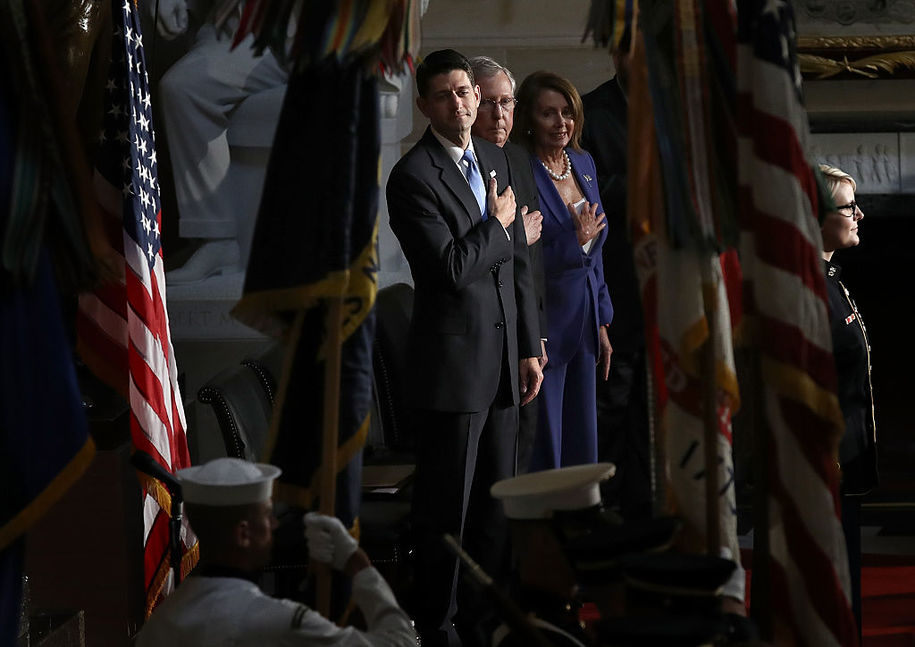 Now that Donald Trump has made his intentions regarding accepting election results clear, the fact that Paul Ryan isn’t holding a press conference right now to denounce him just shows the GOP is beyond bankrupt. Democratic Leader Nancy Pelosi agrees.

“Last night, Donald Trump once again threatened the foundation of American democracy itself, and Speaker Ryan and Senator McConnell can’t find the courage to stand by the sanctity of our electoral system.“Never before in our history has a major party candidate refused to accept the results of an election.  The deafening silence of Speaker Ryan and Senator McConnell only worsens the lasting damage that will be caused by this unprecedented assault on our values as a nation.

“Silence is complicity.  Evasion is unacceptable.  Speaker Ryan and Senator McConnell must make it unequivocally clear that they reject Trump’s horrifying attack on our elections.”

Crickets so far from “leadership.”