Nasty Trump Audio Emerges: ‘You’re a Star They Let You Do Anything You Want. Grab Them by the P*ssy’ 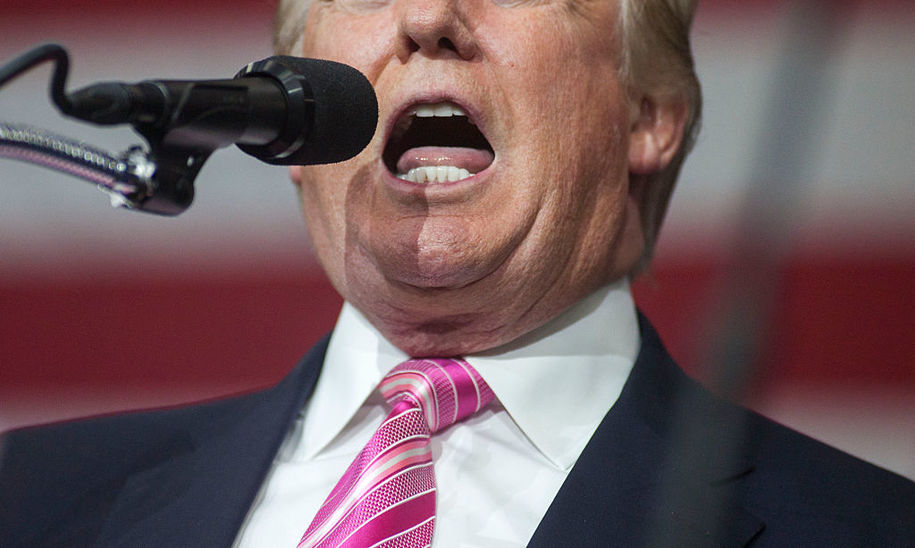 Crack Washington Post reporter David Fahrenthold gets a bit of a break from trying to track down Donald Trump’s thus far almost nonexistent charitable donations. But after having to write this one, he’d probably rather get back to the paperwork. Because you really need some brain bleach after this story.

Donald Trump bragged in vulgar terms about kissing, groping and trying to have sex with women during a 2005 conversation caught on a hot microphone—saying that “when you’re a star, they let you do it”—according to a video obtained by The Washington Post.The video captures Trump talking with Billy Bush of “Access Hollywood” on a bus with Access Hollywood written across the side. They were arriving on the set of “Days of Our Lives” to tape a segment about Trump’s upcoming cameo on the soap opera. […]

In that audio, Trump discusses a failed attempt to seduce a woman, whose full name is not given in the video.

“I moved on her and I failed. I’ll admit it,” Trump is heard saying. It was unclear when the events he was describing took place. The tape was recorded several months after he married his third wife, Melania.

Upon seeing Arianne Zucker, the actor who will accompany them onto the set:

You can get as rapey as you want when you’re a star. I’d share more from the story, but well, I’m trying to keep my lunch down.