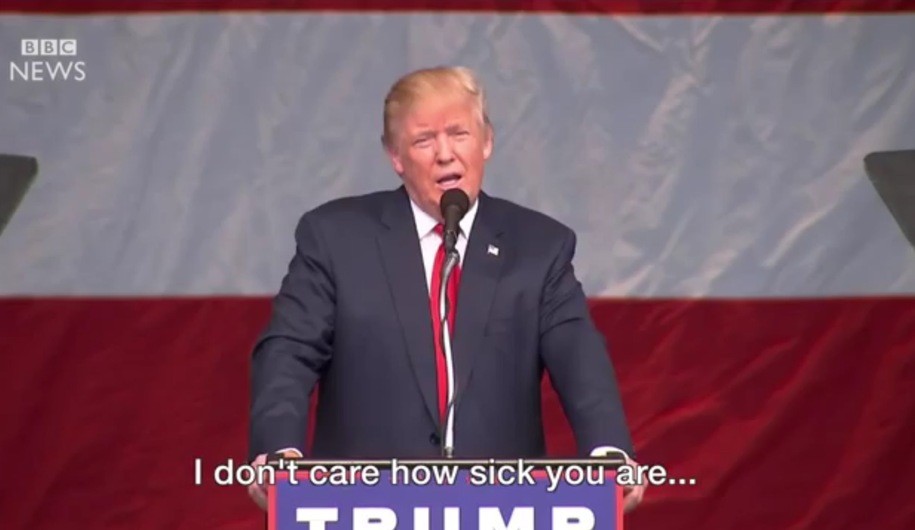 Donald Trump doesn’t care about anything, but himself.

You really can’t make this crap up. Donald Trump has ZERO empathy for anybody and if you listen several of his deplorables in the crowd are chuckling.

This is so f**king insensitive to people and families battling terminal illnesses.

“I don’t care how sick you are. I don’t care if you just came back from the doctor and he gave you the worst possible prognosis, meaning it’s over. You won’t be around in two weeks.”

“Hang out until November 8th. Get out and vote”