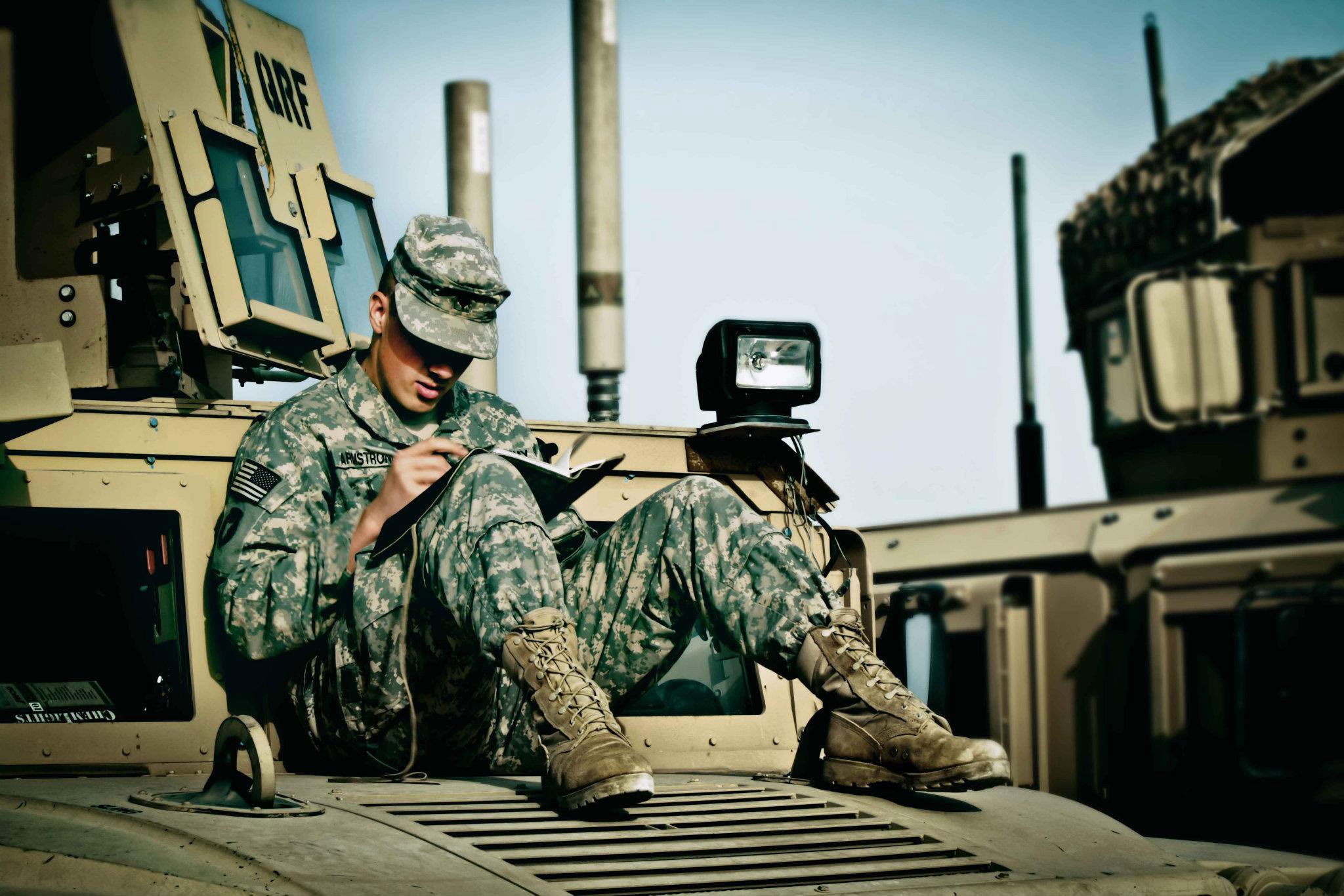 By:  Phil Klay
It was the children that were the hardest to deal with, that’s what all the folks from our medical unit in Iraq told me. Babies needing amputations. Six-year-old boys with shattered bones from stray bullets. Little girls caught in IED blasts. Mentally, it was hard. It should be hard, they said. Like when the corpsman with the three-year-old daughter back home saw the three-year-old Iraqi girl missing half her face, bleeding heavily from her torso, limbs and head, well past the point of saving, and volunteered to hold her hand and care for her as she died. That was hard. That was really, really hard.
But how long should that experience remain hard? How long is she allowed to process before we start to think—she should get over it? That seems to be the question, ever since Donald Trump told an audience of veterans that they had been through worse than those suffering mental health problems but “you’re strong and you can handle it.” The veteran community immediately objected, though many civilians who read the full transcript of Trump’s comments came away confused. “The full quote is actually sympathetic,” tweeted Boston Globe columnist Scott Gilmore. One of my own family members told me, “I saw the video and it didn’t seem that bad.”

Personally, I don’t care whether you think the comments disqualify Trump for the presidency, or are an honest mistake, or are just an offhand comment blown out of proportion by the media—so long as you understand why we should all avoid using similar language in the future. That corpsman who held that little girl’s hand while she died, she may or may not suffer psychological effects from all the suffering she saw in Anbar. She may or may not suffer anxiety, depression, or sleeplessness. She may or may not wake up in the middle of the night, still seeing the image of that three-year-old girl and her injuries as clearly as she did nine years ago. But if she does, the critical thing to remember is this: it’s not because she’s weak.

So many of the factors involved in someone developing PTSD are not in their control. There’s the amount of trauma a person experienced, its severity, how past experiences inform their response to events, and the quality of their interpersonal support system. The author and former Marine David Morris has noted that only 4 percent of survivors of the notorious Hanoi Hilton in Vietnam developed PTSD, compared to around 85 percent of American prisoners held by the Japanese during World War II. Nobody thinks this is due to the weakness of the Greatest Generation, or because the tortures of the Hanoi Hilton weren’t so bad. Rather, the men in the Hanoi Hilton had a series of advantages: they were older than most service members, higher-ranking, often trained in resistance to enemy captivity, held in one relatively stable area, surrounded by an emotionally supportive prisoner culture led by Admiral James Stockdale. And crucially, when the men were released, they received a hero’s welcome, complete with a dinner at the White House, a series of welcome-home parades, and a degree of celebrity for those who remained in service. As Morris writes, “their suffering was acknowledged, processed, meditated upon, and even celebrated by their culture.”

So many of the factors involved in someone developing PTSD are not in their control.

As a culture, we’re still working on that acknowledgement of suffering. Former Army officer and combat veteran Nate Bethea has written that for him, part of PTSD is “the shame that comes from feeling defective.” I suppose, in that regard, I should be glad for Donald Trump’s comments. They were wrong, but no more malicious than the unspoken prejudices of so many well-meaning Americans. Let’s take this as an opportunity to think about how we might do better for our veterans, not just by reforming the VA, but also by reforming the way we think about war and mental health. To do that, we can’t dismiss those needing help as defective or weak. Instead, we need to speak honestly about war. We need to play our collective role in their homecoming. We need to be strong.

Phil Klay is a Marine veteran who served in Anbar Province, Iraq, and the author of Redeployment, a book of short stories about the Iraq War.