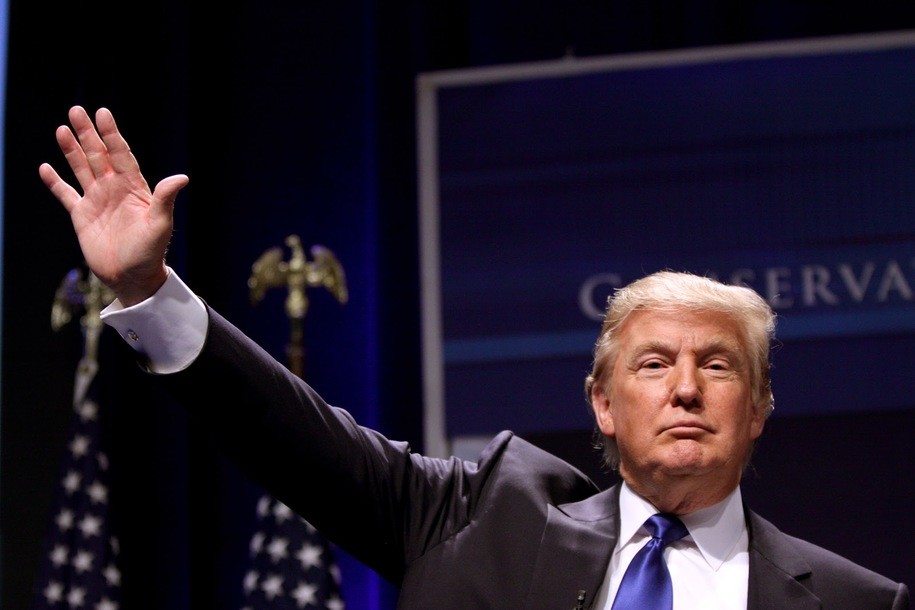 This week CNN’s chief international correspondent, Christiane Amanpour, received the Burton Benjamin Memorial Award from the Committee to Protect Journalists. It is awarded at the International Press Freedom Awards for “extraordinary and sustained achievement in the cause of press freedom. Her acceptance speech was an inspiring appeal to “recommit to robust, fact-based reporting” in the Age of Trump. [Video below]

Right from the start Amanpour addressed the serious challenge posed by Donald Trump’s rancid rhetoric. She recognized the risks created by a candidate whose words literally incited violence toward reporters:

“I never thought in a million years that I’d be standing up here, after all the times I’ve participated in this ceremony, appealing, really, for the freedom and safety of American journalists at home.”

That is indeed a sobering realization on the current state of media relations as practiced by Trump and his campaign. Even so, Amanpour expressed optimism that after the election Trump would moderate his hostility toward the press. Unfortunately, he did no such thing:

“I was chilled when [Trump’s] first tweet after the election was about professional protesters incited by the media.” [Because as we all know] “First the media is accused of inciting, then sympathizing, then associating. And then suddenly they find themselves accused of being full-fledged terrorists and subversives. And then they end up in handcuffs, in cages, in kangaroo courts, in prisons, and then who knows what.

On this Amanpour may be a little behind the curve. The right-wing media has been denigrating the press for years with charges of being “in the tank” for Obama or Clinton or whoever the current object of their hatred is. And as for accusing them of being terrorists, that was already done on Fox News by their “strategic analyst,” Lt. Col. Ralph Peters. In an unhinged rant he assaulted the media saying:

“Rejecting the god of their fathers, the neo-pagans who dominate the media serve as lackeys at the terrorists’ bloody altar. […] Although it seems unthinkable now, future wars may require censorship, news blackouts and, ultimately, military attacks on the partisan media.”

Imagine that. Fox News actually pays that guy to advocate for military assassinations of American journalists. No wonder Amanpour is chilled. She goes on to explain why the media needs to stand firm in defense of facts and not fall into the trap of false equivalencies. What follows are some selected quotes:

“[It’s time to] recommit to robust, fact-based reporting, without fear or without favor, on the issues. Don’t stand for being labeled or called ‘lying,’ or ‘crooked,’ or ‘failing.'”

“Much of the media was tying itself in knots trying to differentiate between balance, between objectivity, neutrality, and crucially, the truth. We cannot continue the old paradigm. We cannot, for instance, keep saying, like it was over global warming. When 99% of the science, the empirical facts, the evidence, is given equal play with the tiny minority of deniers.”

“I learned a long, long time ago…never to equate victim and aggressor. Never to create a false moral or factual equivalence…So I believe in being truthful, not neutral. And I believe we must stop banalizing the truth. We have to be prepared to fight especially hard right now for the truth.”

“[Donald Trump] did a very savvy end run around us and used it to go straight to the people. Combined with the most incredible development ever, which is the tsunami of fake news, aka lies.”

“I feel that we face an existential crisis, a threat to the very relevance and usefulness of our profession. Now, more than ever, we need to recommit to real reporting across a real nation, a real world in which journalism and democracy are in mortal peril. Including by foreign powers like Russia who pay to churn out and place these false news articles, these lies, in many of our press. They hack into democratic systems.”

“I was shocked because very few ever imagined that so many Americans conducting their sacred duty in the secret ballot box, using their ballots, would be angry enough to ignore the wholesale denigration of these values. The vulgarity of language, the sexual predatory behavior, the deep misogyny, the bigoted and insulting views.”

Amanpour closed by declaring that “We must fight against the normalization of what is unacceptable.” By that she means the way the media has begun to treat neo-Nazis and racists and anti-Semites as if they were just another place-setting on the table of ideologies. They are not. And Trump’s “alt-right” Chief Strategist, Stephen Bannon, is a good example of what is unacceptable, but is getting a pass from the press.

This is not the first time that Trump has been rebuked for placing the First Amendment in Jeopardy. In October the Committee to Protect Journalists released a statement calling him “an unprecedented threat to press freedom.” And the National Press Club condemned his anti-press tactics as “unacceptable and dangerous to our democracy.” Hopefully these warnings, and Amanpour’s words, will be heeded and applied as the next administration prepares to execute its abhorrent agenda.