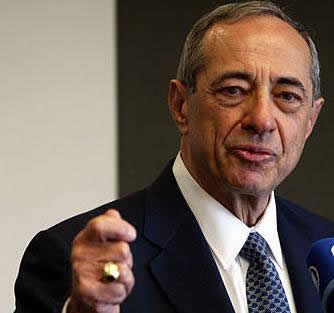 [Cuomo] was similarly resolute when he defied his church in 1984 by flying to the University of Notre Dame to proclaim that Roman Catholic politicians who personally opposed abortion, as he did, could appropriately support the right of a woman to have an abortion.

When Gov. Cuomo deliver that speech on September 13, 1984 at Washington Hall at the University of Notre Dame, I was there.

He was incredible, charismatic. Nuanced.

“Meet me outside,” he said, which I did, later that day, in the midst of a very large crowd. He gave me something to carry in with him, some piece of equipment, and gave me an embargoed copy of Cuomo’s speech to read and mark up as it was presented.

I still have that copy of that speech. Cuomo’s argument was elegant and persuasive. For him, the questions were much larger than his personal views on abortion. After commenting on his loyalty to Notre Dame, and, in particular, Fr. McBrien, Cuomo remarked:

In a sense, it’s a question of loyalty that Father McBrien has asked me here today to discuss. Specifically, must politics and religion in America divide our loyalties? Does the “separation between church and state” imply separation between religion and politics? Between morality and government? Are these different propositions? Even more specifically, what is the relationship of my Catholicism to my politics? Where does the one end and other begin? Or are the two divided at all? And if they’re not, should they be?

A short time later, he made it clear that he was not claiming to be an expert, but saw himself on a journey:

Let me begin this part of the effort by underscoring the obvious. I do not speak as a theologian; I do not have that competence. I do not speak as a philosopher; to suggest that I could, would be to set a new record for false pride. I don’t presume to speak as a “good” person except in the ontological sense of that word. My principal credential is that I serve in a position that forces me to wrestle with the problems you’ve come here to study and debate.

And, regarding loyalty, he shared this, “The Catholic Church is my spiritual home. My heart is there, and my hope.”

And here is a sentiment that some in America would still dismiss:

The Catholic public official lives the political truth most Catholics through most of American history have accepted and insisted on: the truth that to assure our freedom we must allow others the same freedom, even if occasionally it produces conduct by them which we would hold to be sinful.

I protect my right to be a Catholic by preserving your right to believe as a Jew, a Protestant or non-believer, or as anything else you choose.

To understand Governor Cuomo’s position in its entirety, and not just in the bits I have selected, please read his entire presentation. In a world where ideologues still separate and attempt to force others to adhere to their own beliefs, we must ask, are we any more comfortable living in a pluralistic world than we were in 1984? Yes, it is easy to point to areas of the world where there are extreme conflicts, but, what about in our own back yards? What about in our own homes?

That presentation mesmerized me, as it still does today.

Will miss you, Governor Cuomo. Here’s to what was, and to what might have been.