Naked Statues of Donald Trump ‘The Emperor Has No Balls’ Showing Up in U.S. Cities (Video) 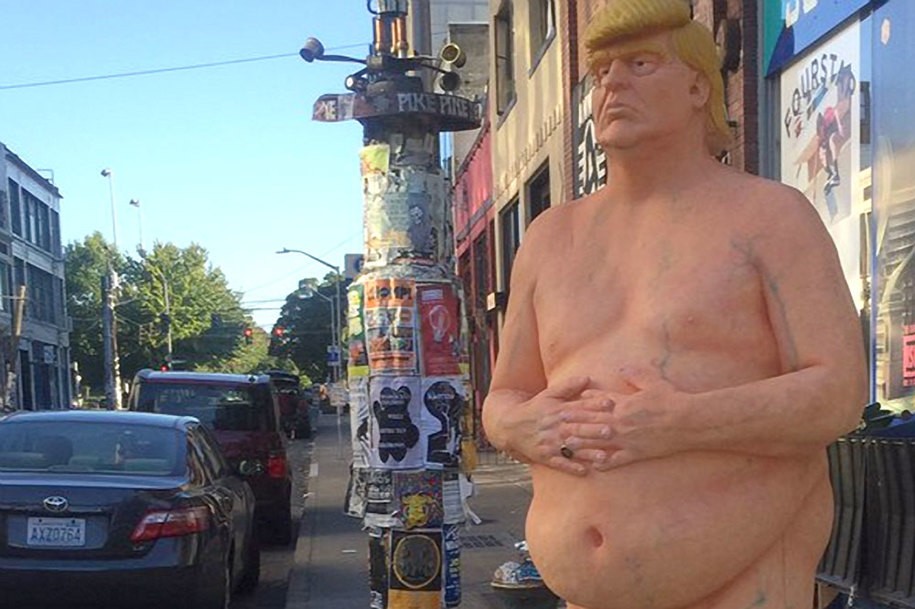 OREGON–(ENEWSPF)–August 19, 2016.  WARNING: The video below contains explicit artwork that may be offensive to some people.

The statue named “The Emperor Has No Balls” is inspired by the Hans Cristian Andersen tale “The Emperor’s New Clothes” depicting Trump in his birthday suit.  One notable part of Trump’s anatomy is missing.

The New York statue has since been taken down.  New York Parks Department spokesperson Sam Biederman issued a statement saying:

“NYC Parks stands firmly against any unpermitted erection in city parks, no matter how small.”