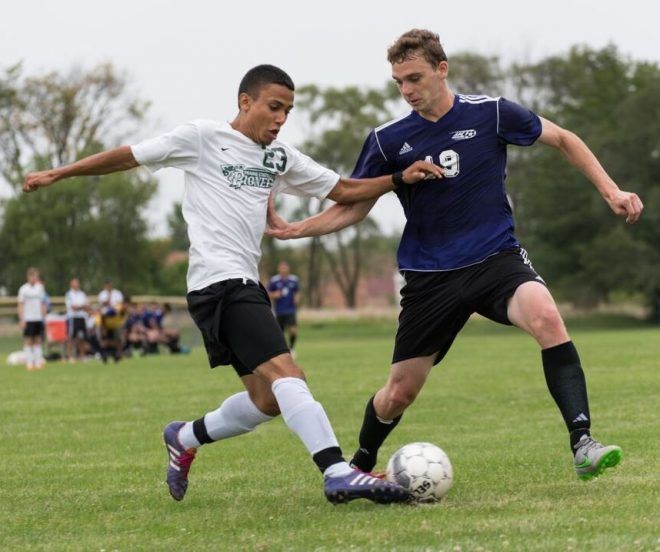 These are words of high praise, especially when coming from a coach in regards to a player.

Phillips has added the former PSC standout to his 2017 roster at Illinois Chicago (UIC), making Vega the third former Prairie State men’s soccer player in school history to continue his career at a Division I program.

“We recognized Ricardo’s talents during his high school career and are happy that he is on campus now after two solid seasons at Prairie State College,” Phillips said. “He is a technically gifted and pacey player who is comfortable wide across all three lines as well as through the middle in the attack, and his versatility will be very important for us this semester and going into his last two years.”

Vega, a Kelly High School product, who hails from Chicago’s Brighton Park neighborhood on the city’s southwest side, tallied seven goals and registered 14 assists (32 points) in his two seasons at PSC. He was a 2016 NJCAA All-Region IV selection and two-time All-Illinois Skyway Collegiate Conference pick.

Along with being incredibly talented on the soccer pitch, Vega also has starred in the classroom as well, posting a cumulative grade point average (GPA) of 3.9.

For Reyes, PSC’s second-year head coach, Vega moving on to a top-tier soccer program fulfills one of the goals he set when he took the reigns of PSC’s soccer program in 2015.

“Ever since I took over as head coach at PSC, I always had one goal in mind: To develop quality players that could move onto the next level,” Reyes said. “Ricardo is the definition of the perfect student-athlete because not only does he have a great GPA and is an indispensable player, he’s also one of the reasons we were able to accomplish the second-best record in the history of Prairie State College this past year (14-4-1).”

“Ricardo’s attacking instinct helped our team create more opportunities that with his skill set of technique and speed made us one of the top offensive teams in the nation this past season,” Reyes said. “Obviously, those skills will translate well to the D-I level as well.”

Vega has already transferred to UIC and will take part in the Flames’ spring training sessions in preparation for the 2017 campaign.