Washington, DC–(ENEWSPF)–July 25, 2013.  In a sweeping victory for the protection of human health and the environment, the Takoma Park, Maryland City Council on June 22, 2013 unanimously passed the Safe Grow Act of 2013, which generally restricts the use of cosmetic lawn pesticides on both private and public property throughout the Maryland city. This is the first time that a local jurisdiction of this size has used its authority to restrict pesticide use broadly on private property, exercising it responsibility to protect the health and welfare of its residents through its local government. This landmark legislation stops involuntary poisoning and non-target contamination from pesticide drift and volatility that occurs as these toxic chemicals move off of treated private yards. The new law fits into the city’s strategic plan to lead community efforts in environmental sustainability, protection and restoration, and secures Takoma Park’s role as a leader in sustainability in the state of Maryland and the nation. The action in Takoma Park brings to the U.S. an approach to outlawing cosmetic pesticide use on lawns and landscapes that has been in place in Canadian provinces for many years. 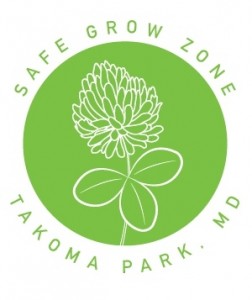 The role of local government in imposing pesticide use requirements is important to the protection of public health and the environment. This right was affirmed by the U.S. Supreme Court in Wisconsin Public Intervenor, Town of Casey v. Mortier, June 21, 1991. In this case, the Court affirmed the rights of U.S. cities and towns to regulate pesticides that are not explicitly curtailed by state legislatures. The Court found that in conferring on states the authority to “regulate the sale and use of pesticides so long as the state regulation does not permit a sale or use prohibited by the Act [USC 136v(a)],” the Federal Insecticide, Fungicide and Rodenticide Act (FIFRA) “leaves the allocation of regulatory authority to the ‘absolute discretion’ of the states themselves, including the option of leaving local regulation of pesticides in the hands of local authorities.” After the Supreme Court ruling, the chemical industry, both manufacturer and service provider trade groups, went to state legislatures across the country and lobbied the states to take away or restrict the authority of local political subdivisions to restrict pesticide use on private property. Maryland is one of nine states that does not prohibit the adoption of local pesticide legislation. In protecting the rights of local political subdivisions within Maryland to exercise their authority to impose pesticide use restrictions, the state is enabling the protection of the health and welfare of Maryland residents.

The ordinance in Takoma Park was drafted by residents Julie Taddeo and Catherine Cummings, who both recognized a need to reduce pesticide use in their community for the long-term health and safety of their children. Ms. Taddeo and her family have lived in Takoma Park for 7 years; when she finally moved into a house with a yard after living in an apartment building for a long time, she was dismayed and baffled to see neighbors spray their yard for dandelions. It clicked for Ms. Cummings when she initially read about the cosmetic pesticide ban in Canadian provinces from Beyond Pesticides’ Daily News. When she realized that a “gold standard” had been created not too far from here, she thought there was no reason that Takoma Park couldn’t do it as well. What began as an effort to educate neighbors in their community grew into a full-fledged campaign, and the creation of Safe Grow Zone.

The City Council hopes that this ordinance will serve as a model for other communities. “Keep going with this,” Councilmember Kay Daniels-Cohen (Ward 3) urged Ms. Taddeo and Ms. Cummings. “You can take this to the next level. You can take it to the county, and keep going all the way through the state of Maryland . . . I think there’s more people out there than you realize who are in your courts.”

In addition to the Canadian laws which helped inspire the Takoma Park ordinance, two of the city’s neighbors have passed laws that restrict pesticide use on public land. Washington, DC enacted the Pesticide Education and Control Amendment Act of 2012 which offers protections from restricted use pesticides on public property near waterways, schools, daycare centers and city-owned property. To the East, the Sustainable Land Care Policy of 2011 in Greenbelt, MD strictly prohibits the use of synthetic chemical pesticides on all city-owned land. Using these policies as guidance, Takoma Park took it a step forward by including private property restrictions. Maryland is one of only nine states that allow local governments to enact stronger protections from pesticides on private property because of preemption laws which prevent municipalities from passing pesticide policies that limit pesticide use restrictions to land owned by the local jurisdictions.

The Takoma Park law focuses on providing public educational materials, including brochures, classes, and public forums to the community on environmentally-friendly practices and compliance with the new restrictions on pesticides. Under the law, homeowners in Takoma Park can still use approved pesticides on gardens, invasive and noxious weeds and insecticides on disease-carrying insects. The Act specifically restricts pesticides for use on lawns that are: classified as “Carcinogenic to Humans” or “Likely to be Carcinogenic to Humans” the U.S. Environmental Protection Agency (EPA); Classified by EPA as a “Restricted Use Product”; Classified as a “Class 9” pesticide by the Ontario, Canada, Ministry of the Environment; and any pesticide classified as a “Category 1 Endocrine Disruptor” by the European Commission.

Of the 30 most commonly used lawn pesticides, 17 are possible and/or known carcinogens,  18 have the potential to disrupt the endocrine (hormonal) system, 19 are linked to reproductive effects and sexual dysfunction, 11 have been linked to birth defects, 14 are neurotoxic, 24 can cause kidney or liver damage, and 25 are sensitizers and/or irritants. Children are especially sensitive to pesticide exposure as they take in more pesticides relative to their body weight than adults and have developing organ systems that are more vulnerable and less able to detoxify toxic chemicals. Thinking of her children and future generations in Takoma Park, Ms. Cummings believes this ordinance is “close to the best thing we can offer for our kids.”

Though the ordinance passed unanimously, and with the support from many people in the community –including the local hospital– Safe Grow Zone was met with some opposition. Some residents expressed concern that while they were not supportive of widespread pesticide use, they believed the restrictions would be confusing for homeowners trying to decide what they could use, and could result in an abundance of “accidental” fines. They also raised the enforcement issue, maintaining that the ordinance would create a culture of “tattling” on neighbors. The Councilmembers responded by pointing to the number of laws that create environmental and neighborhood stewardship, including littering, recycling, noise ordinances, and even picking up after pets. These laws are rarely enforced with fines, but most people follow them because they have become internalized. The laws also hold people accountable when there is a problem. The focus on the law is not to pit neighbors against each other or to impose an egregious amount of fines, according to the City Council; instead, it is to educate the public on hazardous pesticides and alternatives in an effort to promote a healthy community and cleaner environment.

Neither Ms. Cummings nor Ms. Taddeo look at the ordinance as restrictive, but rather as a freedom from the harmful effects of pesticides. “It takes the burden off of families and anyone else who cares about the environment, their health and the future. With every year that passes, there’s more information about how pesticides are hazardous,” said Ms. Cummings. “This law frees us from both the toxic effects of the use of pesticides, as well as the reliance on these chemicals.”

Though the ordinance puts Takoma Park on the leading edge of pesticide reform, Ms. Cummings says that it shouldn’t be such a huge deal. “We should have never become so reliant on these chemicals in the first place. How could we not do this?”

Read the testimony of Beyond Pesticides’ executive director Jay Feldman to the Takoma Park City Council.

For more information on the ordinance, see the City of Takoma Park Public Notice.

Start your own local movement

Are you interested in getting pesticides out of your community, but not sure where to start? It takes a lot of work and commitment, but it can be done with some perseverance. It’s important to find support – either in friends, neighbors, or other people who share your interests in your community (See Beyond Pesticides’ state pages for local environmental organizations).  It’s also essential to reach out to your local politicians and government. We have several fact sheets available to help you organize in your community: “Calling All Activists,” “Preparing a Campaign” and “Getting the Message Across” are some good ones.

For information on how to manage your lawn without the use of harmful pesticides, see Beyond Pesticides’ Lawns and Landscapes webpage. The site also provides an online training, Organic Land Care Basic Training for Municipal Officials and Transitioning Landscapers, to assist in going pesticide-free.

Finally, tell us what you’re doing to help stop or reduce pesticides in your community or ask us if you need assistance. We talk to people every day who, like you, want to change things in their communities. Call us at 202-543-5450, send us an email at [email protected], or post a note to our facebook page.