Washington, DC–(ENEWSPF)–December 18, 2014.  Beyond Pesticides joined Center for Food Safety (CFS) in filing a lawsuit late Tuesday against the U.S. Environmental Protection Agency (EPA) over the agency’s failure to regulate novel nanomaterial pesticides. In 2008 more than 13 organizations filed a legal petition demanding the agency take action on this nanomaterial issues. Tuesday’s lawsuit challenges the agency for its failure to answer their petition while the proliferation of nanomaterials in consumer products continues unabated. 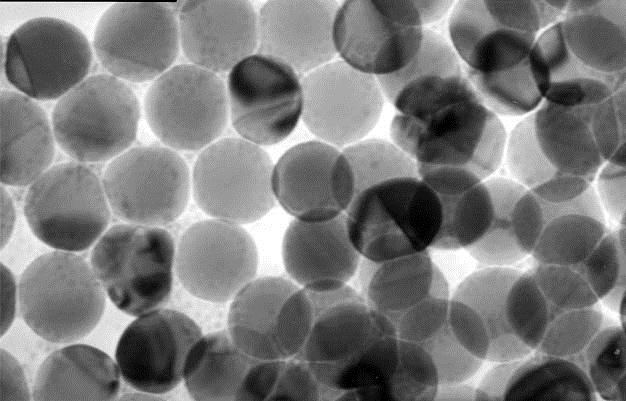 “It is unfortunate that it takes a lawsuit to get EPA to carry out its responsibility to regulate nano-silver for its toxic pesticidal properties and broad exposure patterns through consumer and personal care products,” said Jay Feldman, executive director of Beyond Pesticides. “Like any toxic pesticide, nano-silver must be subject to the full force of the law and label restrictions intended to protect people’s health and the environment,” Mr. Feldman said.

Nanotechnology is a platform technology for manipulating materials at the atomic and molecular level; manufactured nanomaterials are so small that they cannot be seen with an ordinary microscope. For comparison, a strand of human hair is 50,000 to 80,000 nanometers wide. Yet “nano” means more than just tiny; it means materials that have the capacity to act in fundamentally novel ways, ways that cannot be predicted from the same materials at larger scale. Their exponentially small size gives them extraordinary mobility for a manufactured material, as well as unique chemical and biological properties. Nanomaterials’ properties increase potential for biological interaction and increase potential for toxicity, which can result in DNA mutation, structural damage within the cell, and even cell death. Once in the blood stream, they can move freely through organs and tissues, including the brain, heart, liver, kidneys, spleen, bone marrow, and nervous system.

Products Containing Nanomaterials Should Be Registered As Pesticides

Nano-silver products are overwhelmingly the most common nanomaterial in consumer products, commonly used as a powerful antimicrobial agent. Because of nano-silver’s properties, it is considered a pesticide and active ingredient under the Federal Insecticide, Fungicide, and Rodenticide Act (FIFRA), the primary federal law governing pesticide use in the United States. Under FIFRA, any product containing an active ingredient that acts as a pesticide must be registered with EPA. For public health claims associated with pesticide use, EPA requires manufacturers to show that the product performs as intended and does not pose “unreasonable” adverse effects to the environment. “Unreasonable adverse effects on the environment,” is defined as one of two ways: (1) any unreasonable risk to man or the environment, taking into account the economic, social, and environmental costs and benefits of the use of any pesticide, or (2) a human dietary risk from residues that result from a use of a pesticide in or on any food inconsistent with the Federal Food Drug and Cosmetic Act (FFDCA). The manufacturer must also submit a proposed label for the product that meets all of FIFRA’s labeling requirements.

In the 2008 petition, petitioners identified 260 nano-silver consumer products not registered under FIFRA, and currently that number has increased to over 400 nano-silver products on the market today. Because there are no labeling requirements for nano-scale products, many more likely exist. These products carry with them significant risks to people and the environment, including DNA damage to plants, increasing bacterial resistance to antimicrobials, and toxic and potentially lethal impacts on fish.

Not the First Time EPA Sued Over Nano-Silver Products

Disturbingly, EPA knows nano-silver is a pesticide and has even taken companies to court for failing to register its product containing nano-silver. Most of the EPA actions on the subject of nano-silver, however, have been spurred by litigation and court orders.

The time has come for EPA to set defined standards for registration of this dangerous material and regulate it as FIFRA intends. The plaintiffs in the present suit represented by CFS legal counsel in the lawsuit are CFS, its sister nonprofit, the International Center for Technology Assessment, as well as Beyond Pesticides, the Center for Environmental Health, Clean Production Action, and the Institute for Agriculture and Trade Policy.