Washington, DC–(ENEWSPF)–August 25, 2015.  Last Friday, the City Council of Minneapolis, MN unanimously passed a resolution declaring Minneapolis a pollinator-friendly community and urging city residents to take steps to protect dwindling pollinator populations. A groundswell of public support from a wide range of local and national groups, including Beyond Pesticides, resulted in swift passage of the resolution, the latest in a long string of local government action to safeguard pollinators from harmful pesticides, as federal proposals fail to address the magnitude of the crisis. “With the passage of today’s resolution, Minneapolis is now doing its part in the global effort to protect and grow the pollinator populations,” Mayor Betsy Hodges said to CBS Minnesota. 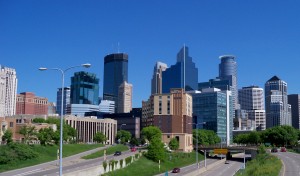 The resolution, introduced and written by Councilmember Cam Gordon, assigns a number of bee safe actions to various city departments. While the Health Department’s Environmental Services Unit will maintain a list of pollinator-friendly plants, the Community Planning and Economic Development Department and Property Services Division of the City Coordinator’s office will create habitat for local pollinators. The Minneapolis Public Works Department will pursue both increased bee habitat and adopt clear guidelines against the use of pesticides, including but not limited to systemic neonicotinoid (“neonic”) insecticides, and pesticide treated plants.

In addition to polices that apply to government-owned property, the city also urges private residents and businesses to forgo the use of toxic pesticides, plant more pollinator forage on their property, and use organic or chemical-free lawn and landscaping practices. “Minnesota used to be a really amazing place to be a bee, and it isn’t anymore,” said Erin Rupp, executive director of the group Pollinate Minnesota, to KSTP.com. “Beekeepers in Minnesota this past year lost 50 percent of our hives … This is kind of a big deal, it’s an alarming number.”

“Pollinator populations are in sharp decline because of an ongoing loss of habitat coupled with a simultaneous large-scale expansion of pesticide use by homeowners, landscapers, property managers and farmers,” noted a press release from the city. “Many Minneapolis residents and businesses are already managing their land in a way that helps pollinators,” said Councilmember Gordon to the Southwest Journal. “We urge all Minneapolis property owners to plant habitat where they can and avoid pesticides that are known to kill bees.”

Like numerous other states, Minnesota is preempted from enacting an ordinance which restricts the private use of harmful pesticides. However, the city’s resolution addresses this, stating “the City of Minneapolis will continue to advocate at the State and Federal level for increased authority to address the non-agricultural use of pesticides, and for other pollinator friendly practices.” A bill currently in the Minnesota State Legislature would exempt Minnesota’s “first class cities” (including Duluth, Minneapolis, Rochester, and St. Paul) from state preemption.

“[This resolution] takes a strong stand,” said Joan Hargrave, head of local group Minneapolis Citizens for a Lawn Pesticide Ban, “[it] not only says yes to pollinator forage and organic turf management and no to neonics, but no to pesticides – which is all inclusive.” Ms. Hargrave’s group garnered over 2,750 signatures from local residents requesting the city take action on dangerous lawn care pesticides.

“The Minneapolis City Council’s Pollinator Friendly Community resolution is a huge step forward toward making Minneapolis a healthier city not only for pollinators, but also for people and their pets,” said Pat Kerrigan, retail education coordinator at Organic Consumers Association, which supported activists on the ground. “By urging citizens, businesses and institutions to support organic seed, plant and lawn care products and their producers, this resolution has the power to redirect our collective purchasing power away from international corporations, such as Monsanto and Bayer, whose product have had a devastating effect on human and environmental health.”

Although the Minneapolis resolution represents a big victory for organic land care and pollinator protections locally and throughout the country, there’s still more work that needs to be done. “The people of Minneapolis want to live in a pesticide free city, and we expect to be safe from pesticides in public spaces,” said Russ Henry of the Homegrown Minneapolis Food Council, and official advisory body of the City of Minneapolis. “The first step was to get the city departments to agree to go pesticide free, now it’s time for activists to turn their attention to the independent school board and park board that we have in Minneapolis. The Minneapolis Park Board is a heavy user of pesticides and this needs to be put to a public debate.  Please join me at the Sept 23rd Minneapolis Park Board meeting to let your voice be heard about the use of pesticides in Minneapolis parks.” Information on the September 23 Minneapolis Park and Recreation Board meeting will appear on this webpage.

Further action at the state level in Minnesota is also needed. Although the state legislature passed a bill disallowing nurseries and other retailers from labeling plants containing neonics as “pollinator friendly” in 2014, the bill was weakened last session to the point where retailers could maintain the “pollinator friendly” label as long as levels of neonics in the plant were not acutely toxic to bees.

However, Minneapolis’ move as the largest and most recent Minnesota city to take action to protect pollinators will have a positive impact in influencing federal efforts to restrict bee-toxic neonic pesticides. EPA is accepting public comment on a proposal to create “temporary pesticide-free zones” for honey bees, but it falls far short in providing the protections needed for this important species. Moreover, the effects of pesticides to wild pollinators are simply being ignored by the agency. Tell EPA to get serious about protecting bees from toxic pesticides by signing Beyond Pesticides’ petition to EPA. Afterwards, elevate your voice by writing a public comment to the agency at regulations.gov.

For more actions you can take to protect pollinators, and to get started on creating change in your own community, visit Beyond Pesticides BEE Protective webpage, or email or call our office (202-543-5450, [email protected]).