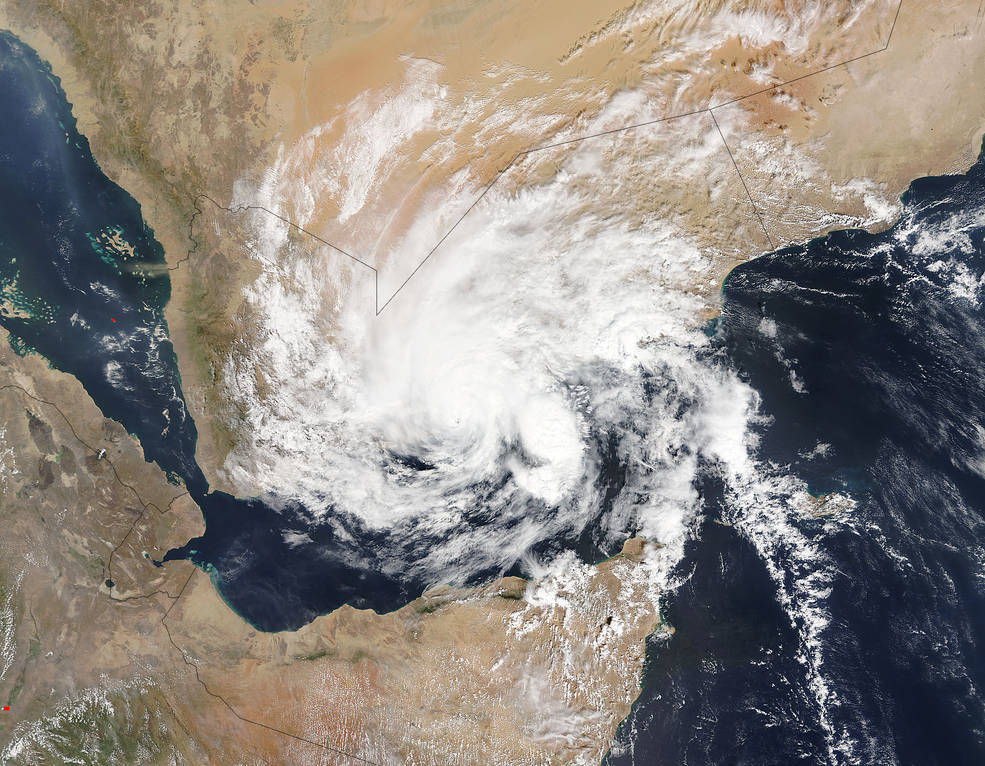 On November 2, Tropical Cyclone Chapala maintained hurricane-strength as it skirted the Yemeni coastline. The RapidScat instrument that flies aboard the International Space Station saw Chapala’s strongest winds in the northeastern quadrant near 40 meters per second (89.4 mph/144 kph). After RapidScat saw the storm, Chapala’s eye made landfall just west of Al Mukalla with maximum sustained winds near 85 mph (140 kph). Chapala then moved west along the coast, briefly emerged over the Gulf of Aden and made a second landfall west of Balhaf, central Yemen. 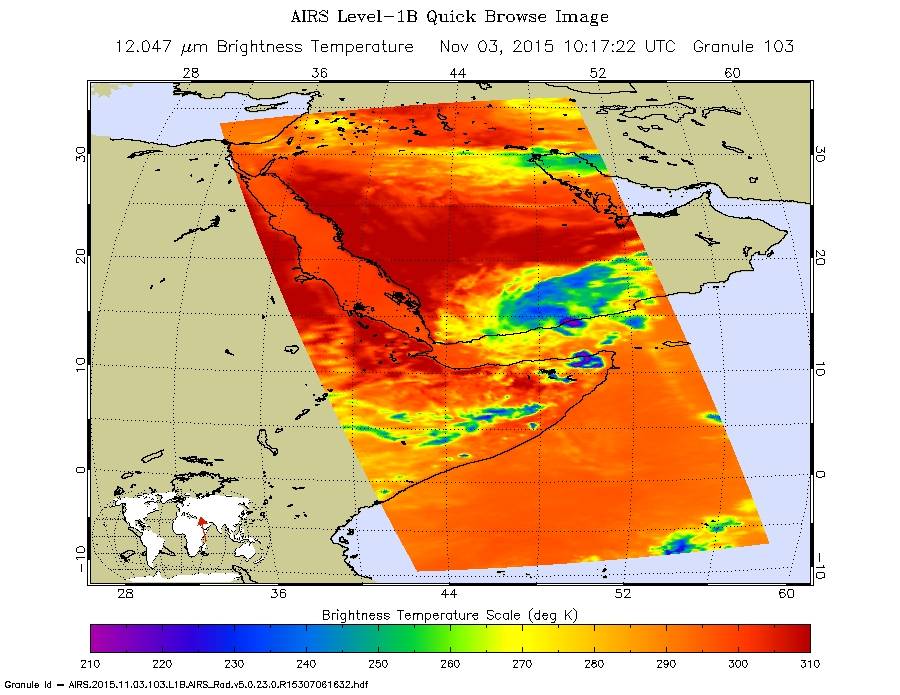 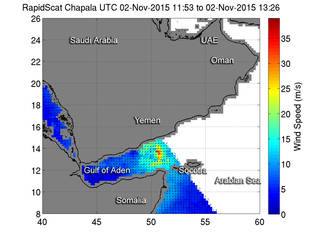 Al Mukalla has a desert climate and the average rainfall is about 1.72 inches or 45 mm. Rainfall from the storm is a serious concern. The Joint Typhoon Warning Center noted that the storm could generate 200 mm (7 inches), which is four times the average annual rainfall.

On Nov. 3, 2015 at 07:20 UTC (2:20 a.m. EDT) the Moderate Resolution Imaging Spectroradiometer or MODIS instrument aboard NASA’s Aqua satellite captured an image of Tropical Cyclone Chapala over Yemen. At the time of the image, Chapala appeared to still have a pinhole eye near the coast. The MODIS image showed bands of powerful thunderstorms over the Arabian Sea, to the east of the center and wrapping around the storm and into the center from the north.

On Nov. 3 at 10:17 UTC (5:17 a.m. EDT) NASA’s Aqua satellite passed over Chapala again and looked at the storm in infrared light. The data was made into a false-colored infrared image at NASA’s Jet Propulsion Laboratory in Pasadena, California. The AIRS image showed the coldest cloud top temperatures along the coast and north of the center of circulation. Coldest cloud tops indicate strongest storms.Cloud top temperatures as cold as minus 63 degrees Fahrenheit or minus 53 degrees Celsius have been shown to generate heavy rainfall.

The Joint Typhoon Warning Center discussion at 1500 UTC noted that Chapala will continue to rapidly decay over the next 24 hours due to land interaction, increased vertical wind shear and dry air moving into the storm from the Hadhramaut Region.