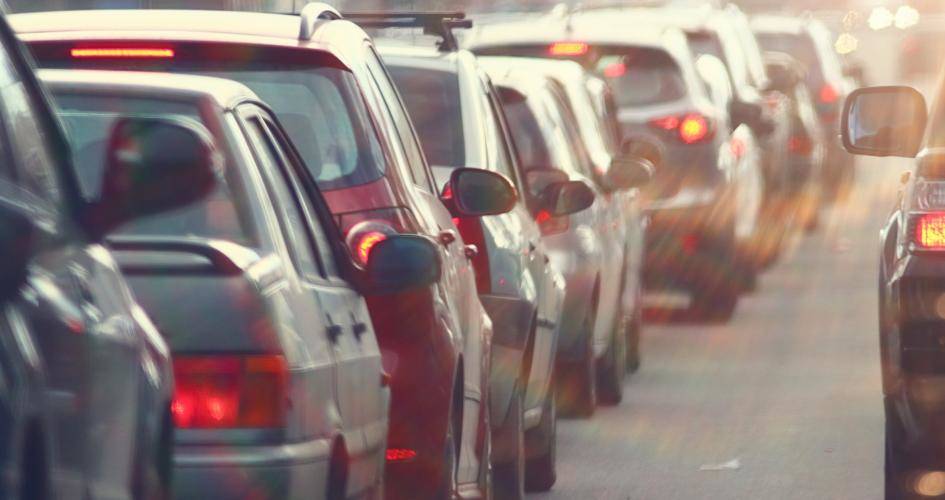 Volatile gasoline prices have caused regulators and carmakers alike to question the cost and effectiveness of fuel economy standards in the United States, with some arguing they are too stringent and others saying they should be even stricter.

A new study by Ryan Kellogg, professor at the Harris School of Public Policy, responds to both sides of the debate by proposing a novel, market-based alternative that indexes the standard to rise and fall with the price of gasoline.

“Based on past fluctuations, gasoline prices over the next 10 years could be anywhere from more than twice what is expected to less than half what is expected,” said Kellogg, who’s also affiliated with the Energy Policy Institute at UChicago. “The reality is, we just don’t know what the cost of gas is going to be, and the success of fuel economy standards hinges on that price signal. Indexing the standards to rise and fall with the price of gasoline provides a sensible approach to account for this large unknown.” 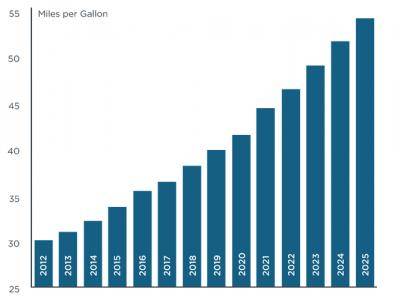 The study details problems with current fuel standards. If gasoline prices are higher than expected, consumers will opt for vehicles that are even more efficient than the rules require, suggesting that the current fixed rules are too lenient and miss out on potentially greater fuel and emissions savings. If prices are lower than expected, consumers will demand less efficient vehicles, raising compliance costs for automakers who must reduce prices for their most efficient models.

“By allowing fuel-economy standards to adjust in tandem with the price of gas, such a policy would fully leverage consumers’ willingness to pay for more fuel efficient cars when gasoline prices are high and avoid saddling automakers with excessive compliance costs when fuel prices are low,” Kellogg said. 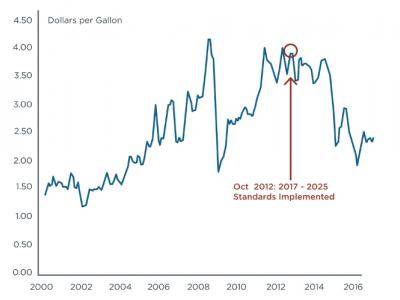 Current standards do aim to provide flexibility to account for unpredictable gasoline prices. For example, the standards are footprint-based, meaning that vehicles with a relatively large wheelbase are assigned a relatively less stringent standard. The result is consumers can choose larger, gas-guzzling cars when gasoline prices are low and smaller, more efficient vehicles when prices are high.

Kellogg’s research, however, finds it is not enough to compensate for the distortions through vehicle size. Instead, his approach would allow automakers to adjust vehicle production volumes to more closely match consumer preferences. For example, automakers could manufacture more gas-guzzlers when gasoline prices are low and more efficient models when gasoline prices are high. In the medium term, an indexed standard could potentially allow for even greater flexibility—though it would be important to ensure that standards only adjust incrementally, to avoid implementing a set of standards in a given year for which automakers had not produced suitable vehicles.

“This is potentially a solution that could satisfy automakers—who right now say complying with fuel economy standards is too expensive—while also delivering the maximum benefits for consumers and the general public by reducing greenhouse gas pollution at the lowest cost,” Kellogg said. “Without the political will for a strong gasoline tax, this market-based approach is the best option. And it doesn’t require new legislation from Congress.”