Washington, DC–(ENEWSPF)–October 15, 2013.  The ongoing government shutdown is having dramatic impacts on the organic agricultural community. On October 10, it was announced that the semiannual National Organic Standards Board (NOSB) meeting, scheduled in Louisville the week of October 21, has been canceled. During the NOSB’s semiannual meetings the board makes recommendations to the Secretary of Agriculture regarding materials on the National List of Allowed or Prohibited Substances in organic operations after considering input from the public. The meeting was to come on the heels of a recent U.S. Department of Agriculture (USDA) announcement that the agency had changed the process for exempting synthetic materials. The shutdown has also affected the Farm Bill process that organic advocates are hoping will, in the least, restore organic programs from the 2008 Farm Bill. The shutdown has also raised several food safety questions about whether government can handle a recent salmonella outbreak. 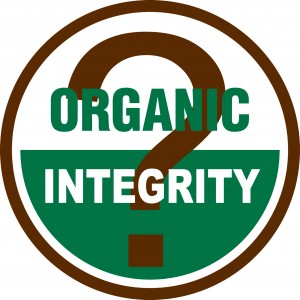 The semiannual NOSB meeting, previously scheduled for the week of October 21, in Louisville, Kentucky, has been canceled.  An e-mail distributed October 1 by Miles McEvoy for the National Organic Program, stated the meeting would be canceled if a Congress did not reach an agreement on the budget by Thursday, October 10 at 5 p.m. EST. During this meeting, the NOSB was set to take on several very important issues that face the organic community, such as voting on the extended use of antibiotics in apple and pear production and the allowance of materials for use in aquaculture before regulations defining organic aquaculture systems are proposed.

This meeting cancellation comes on the heels of a  USDA September announcement that the agency has changed the process for exempting otherwise prohibited substances (such as synthetics) in food that carries the “organic” or “made with organic” label. Under the new policy, an exempt material could be permitted indefinitely unless a two-thirds majority of the NOSB votes to remove an exempt (synthetic) substance from the list. This decision makes it easier to continue use of artificial ingredients and substances, undermining the integrity of the organic label.

Under the federal organic law and prior to the announcement, there was a controlled process for allowing the use of substances not normally permitted in organic production with findings of the substances’ essentiality and no adverse health and environmental effects. Additionally, the changes were effective September 17, only one day after the announcement, and no public comment period was provided for the changes to this policy, which has been in place since 2005. Beyond Pesticides, along with Consumers Union, Food and Water Watch, and the Center for Food Safety released a joint statement criticizing this decision.

Leading up to the shutdown crisis, Congress also failed to pass a new Farm Bill after the most recent extension expired on September 30. Under the most recently lapsed Farm Bill, which was a 10-month extension of the 2008 Farm Bill, several key organic programs lost funding. Organic programs that were not included in the extension were the organic research and extension funding, the organic certification cost share, and an organic data collection system. Organic farmers argued that these programs were necessary in helping build organic agriculture into the multibillion dollar industry it is today and these supports come at dramatically lower level of funding than given to conventional growers.

This past May the Senate passed a bi-partisan Farm Bill. However, the House of Representatives failed to pass an initial version of their farm bill in June. The bill failed after 62 House Republicans opposed the bill because they believed it did not include a large enough cut to nutrition programs, or food stamps. The House than passed separate farm legislation and nutrition legislation and joined the two pieces together in late September. Conferees to resolve the difference between the House and Senate bill will not be formally named until the end of the shutdown. It will be important for organic advocates to demand that provisions that are only in the Senate version of the legislation that strengthen organic agriculture are not removed from the bill during the conference process.

Another effect of the current government shutdown is that the Centers for Disease Control and Prevention (CDC) has been slowed in its ability to respond to a recent salmonella outbreak that has been traced to three California poultry plants. The novel strain antibiotics-resistant salmonella has sickened at least 278 people nationwide with 42 percent of the sick people being hospitalized, double the normal rate for such an outbreak. Foster Farms, the producer of the chicken, is not recalling its product and the USDA will not close the three poultry plants implicated in the salmonella outbreak.

Estimates by the public health advocacy group Union of Concerned Scientists suggest that 70 percent of antibiotics used in the United States are devoted to the non-therapeutic treatment of cattle, swine and poultry, endangering human health by contributing to the rise of antibiotic-resistant infections. Currently, the strongest regulatory action in this country against the use of antibiotics for non-medical uses has been in organic agriculture. According to the U.S. Department of Agriculture’s organic standards, producers of organic livestock cannot use antibiotics in any form, with the exception of limited emergency situations when they are needed to save an animal’s life.

For more information on what you can do to advance organic agriculture, see Beyond Pesticides’ Keeping Organic Strong website, which provides a number of resources for people to participate in the organic review process alongside the NOSB.

Previous articleGovernor Quinn Opens FER-PAL Construction U.S. Headquarters in Illinois
Next articleUnited Steelworkers: Tell Congress to Get Back to Work!