Washington, DC–(ENEWSPF)–January 30, 2015.  Extensive exposure to common chemicals may be linked to an earlier start of menopause, according to a new study out of Washington University School of Medicine in St. Louis. Researchers of the study found that women whose bodies have high levels of these chemicals, including three pesticides, experience menopause two to four years earlier than women with lower levels of the chemicals. The pesticides found to have a significant correlation with an early start in menopause were p,p’-DDE (a metabolite of DDT), β-hexachlorocyclohexane (a byproduct of the production of lindane), and mirex. All three pesticides are organochlorine insecticides or their breakdown products that have been banned for use in the U.S., but continue to persist in the environment and in the food chain. 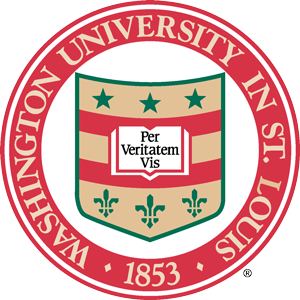 The study, Persistent Organic Pollutants and Early Menopause in U.S. Women, published this week in the journal PLoS ONE, investigates the link between levels in blood and urine of 111 endocrine-disrupting chemicals (EDCs), or chemicals that interfere with the body’s hormonal activity, and focused on known reproductive toxicants or persistent environmental contaminants. The findings suggest a significant association between 15 chemicals –nine polychlorinated biphenyls (PCBs, which are industrial products), three pesticides, two forms of phthalates (plastic chemicals), and furan (a toxic byproduct of incineration and certain industrial processes)– and an early start to menopause and potentially harmful effects on ovarian function.

While there have been several studies examining the link between EDCs and menopause, the new research is the first to explore this association on a large scale, using a nationally representative sample of patients across the U.S.

“Earlier menopause can alter the quality of a woman’s life and has profound implications for fertility, health and our society,” senior study author Amber Cooper, MD, an assistant professor of obstetrics and gynecology at Washington University School of Medicine in St. Louis, said in a university news release.

“Understanding how the environment affects health is complex,” she added. “This study doesn’t prove causation, but the associations raise a red flag and support the need for future research.”

Cooper said the study’s findings could have implications for women’s health.

“Chemicals linked to earlier menopause may lead to an early decline in ovarian function, and our results suggest we as a society should be concerned,” she said.

“Prior research has shown an association with metabolic defects and this research becomes an issue to discuss with patients requesting fertility treatment,” he said.

Both experts called for further research to clarify just how and how much exposure to the chemicals listed in the study might impact people’s health.

The new study is just one of many that point to a link between pesticide exposure and health effects in both men and women. Other health effects include a decline in sperm count, increased risk of endometriosis, obesity and diabetes, and more.

While the endocrine-disrupting effects of many pesticides have been documented, U.S. regulators have been extremely slow to move forward with the statutorily-mandated review of pesticides for the previously unevaluated risk of potential endocrine disruption. Yet, findings like the current study and many others highlight the importance of generating strong pesticide regulations that take into consideration endocrine-disrupting effects when evaluating safety standards for worker protection and human health impact.

Beyond Pesticides urges supporting organic agriculture as method of avoiding exposure to these dangerous pesticides.