Washington, DC–(ENEWSPF)–July 14, 2015.  Last November, a worker at a DuPont chemical plant in La Porte, Texas was overcome when a supply line released more than 20,000 lbs. of methyl mercaptan, a toxic chemical precursor for pesticides produced at the plant. Three co-workers rushed to attempt a rescue, but all four were fatally asphyxiated by the toxic gas, according to an investigation from the U.S. Occupational Health and Safety Administration (OSHA). Now, after a lengthy investigation, OSHA is placing DuPont on the Severe Violator Enforcement Program, which focuses agency resources on inspecting employers who have “demonstrated indifference to their OSHA [Occupational Safety and Health Act] obligations by willful, repeated, or failure-to-abate violations.” 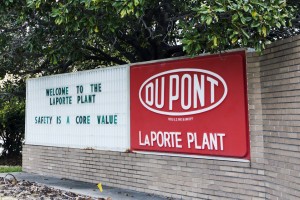 Earlier this year, OSHA’s initial investigation into the La Porte plant incident resulted in eleven citations, a $99,000 fine, and a long list of safety upgrades required to be taken by the company. “Four people lost their lives and their families lost loved ones because DuPont did not have proper safety procedures in place,” said Assistant Secretary of Labor for Occupational Safety and Health David Michaels, PhD, MPH. “Had the company assessed the dangers involved, or trained their employees on what to do if the ventilation system stopped working, they might have had a chance.” The violations discovered under OSHA’s initial investigation led the agency to expand its scope under the National Emphasis Program for chemical facilities, which increases scrutiny of chemical manufactures in light of negative trends.

The expanded investigation added another eight violations, four classified as ‘serious,’ one ‘repeat,’ and three as ‘willful.’ Yet the additional fines only came to $273,000. According to 2013 SEC filings, total assets held by the DuPont are over $50 billion. DuPont’s placement in the Severe Violator enforcement program means the company will be increasingly scrutinized for its safety conditions, and subject to mandated follow-up inspections to ensure compliance with the law.

“DuPont promotes itself as having a ‘world-class safety’ culture and even markets its safety expertise to other employers, but these four preventable workplace deaths and the very serious hazards we uncovered at this facility are evidence of a failed safety program,” said Dr. Michaels. “Nothing can bring these workers back to their loved ones. I hope that our continued scrutiny into this facility and into working conditions at other DuPont plants will mean no family ever suffers this loss again. We here at OSHA want DuPont and the chemical industry as a whole to hear this message loud and clear.”

In 2013, in the wake of an explosion at a chemical plant in West, Texas that claimed the lives of 15 people and injured hundreds more, President Obama signed an Executive Order entitled Improving Chemical Facility Safety and Security, in an effort to improve the safety of U.S. chemical manufacturing for workers and those in surrounding communities. Beyond Pesticides joined with over 100 organizations, including health, labor, consumer, and environmental justice groups in a letter urging then newly appointed Environmental Protection Agency Administrator Gina McCarthy to make chemical disaster prevention a priority initiative. In the letter, groups advocated for the only foolproof way to prevent chemical disasters; switching to safer chemical processes. While the President’s Executive Order took important steps to move the country toward safer chemical processes, many groups at the time questioned whether the Order was forceful enough. OSHA continues to update the status of this Executive Order through a dedicated website.

Despite attempts to overhaul chemical processing, the fact remains that the manufacture of highly toxic agricultural chemicals and pesticides will continue to be an inherently dangerous job. Decreasing marketplace demand for noxious chemicals in favor of least-toxic biopesticides, organic, and sustainable alternatives on farms, will reduce the need to produce these chemicals. Consumers can make an impact with their wallets by simply not buying pesticides and purchasing organic foods, which employ agricultural practices that do not require the use of toxic synthetic chemicals. For more information on the benefits of purchasing organic food, see Beyond Pesticides program page here.