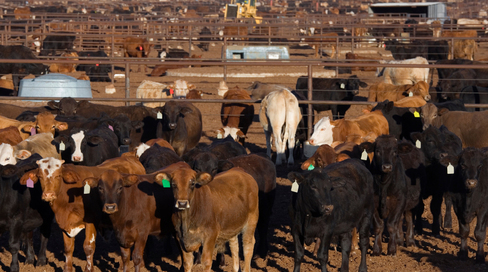 BOISE –-(ENEWSPF)–November 19, 2014. Yesterday, a broad-based public interest coalition of national nonprofits, including the Animal Legal Defense Fund (ALDF), People for the Ethical Treatment of Animals (PETA), the American Civil Liberties Union of Idaho (ACLU), and Center for Food Safety (CFS), filed a motion for summary judgment in their lawsuit challenging the constitutionality of Idaho’s “ag gag” statute. The coalition argues that they are entitled to judgment in their favor because the statute—Idaho Code sec. 18-7042—violates their right to free speech and other rights protected by the U.S. Constitution. As a matter of law, this statute cannot withstand legal scrutiny.

Idaho’s controversial ag gag statute makes it a crime to conduct an undercover investigation at an Idaho agricultural facility. Under this law, journalists, workers, activists, and members of the public can be convicted for videotaping animal cruelty or life-threatening safety violations. The coalition argues that this statute violates the Free Speech clause of the First Amendment by suppressing speech that criticizes industrial animal farms, and that the statute was motivated by unconstitutional animus against animal advocates, in violation of the Equal Protection clause of the Fourteenth Amendment.

Governor C.L. “Butch” Otter signed the law into effect in February 2014. The lawsuit was filed in March in the U.S. District Court for the District of Idaho. In July, the court allowed the lawsuit to proceed and denied the state’s motion to dismiss the lawsuit.

The plaintiffs are represented by in-house counsel, Leslie Brueckner of Public Justice, Justin Marceau of the University of Denver Sturm College of Law, and the law firm of Maria E. Andrade.