Washington, DC–(ENEWSPF)–August 17, 2015.  A study published in Scientific Reports has found that glyphosate, the controversial and toxic active ingredient in Roundup, reduces activity and reproduction in two species of earthworms and increases soil nutrient concentrations to dangerous levels. Earthworms are excellent indicators of soil health, and provide vitally important ecosystem services by aerating the soil, cycling nutrients, and increasing soil fertility and microbial activity. The findings are especially alarming because this herbicide has been used globally for decades, and its use has grown exponentially. Earlier this spring, the WHO’s International Agency for Research on Cancer (IARC) classified glyphosate as Group 2a “probable” human carcinogen based on sufficient evidence of carcinogenicity in laboratory animals. 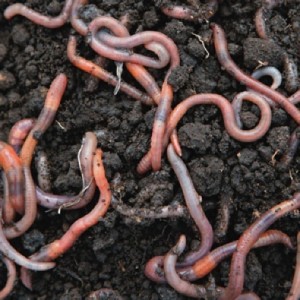 As a secondary effect of glyphosate applications, there is an immediate increase of available nitrate and phosphate in the soil. The researchers believe this is due to mass plant die-offs. Plants normally take in these nutrients and, as they die off, the study confirms that there are more nutrients available in the soil. These pulses of nutrient availability can lead to increased leaching and surface runoff into groundwater systems or nearby waterways. These excess nutrients lead to an increase in algal growth on the surface of waterways. These algal blooms block sunlight from reaching plants that are far from the surface, causing them to die. As these plants die, oxygen is depleted from the water, creating what is known as a “dead zone” where other organisms can no longer survive.

Other studies have demonstrated the detrimental effects that a wide range of pesticides can have on earthworms and other soil biota. One study on worms found that chronic and/or acute exposure to glyphosate and/or mancozeb promotes neurodegeneration in GABAergic and DAergic neurons in Caenorhabditis elegans, a type of roundworm. In 2014, researchers also found that earthworms exposed to fungicides in conventionally farmed soil are at a stark disadvantage to worms in land managed organically. Earthworms exposed to the fungicide epoxiconazole are able to detoxify the chemical, but gain half as much weight as worms from an organic farm, where their population is also 2 to 3 times higher.

Soil biota are essential to ecosystem functioning because they break down organic matter and enable chemical elements to be reused. They are also nitrogen fixers, which is necessary for plants and the ecosystem as a whole. Earthworms are an intrinsic part of soil biota, providing support for important ecosystem functioning. Their burrows, sometimes deep into the soil, create pores for moisture and oxygen to travel, and their waste becomes part of the soil structure. They also break down dead organic matter and incorporate new organic matter into soil systems. When pesticides reduce species diversity within the soil, it impacts the ecosystem as a whole. The European Academies’ Science Advisory Council (EASAC) estimates soil organisms and their role in agricultural productivity to be worth $25 billion a year, globally.

Conventional agriculture relies on toxic pesticides that contaminate air, water, soil, and living things, such as the earthworms mentioned in the studies cited above; organic agriculture does not allow the use of toxic pesticides. Chemical-intensive agriculture relies on synthetic chemical fertilizers that reduce soil organic matter and contaminate waterways; organic agriculture does not permit the use of synthetic fertilizers and relies instead on nutrient sources that tend to be less soluble and more stable in the soil, because of the expectation that healthy soil will produce microbes that can make the nutrients naturally available over a longer period of time.

To learn more about these impacts on wildlife (which includes soil biota), visit Beyond Pesticides’ Wildlife Page, where we discuss how organic systems save wildlife from the dangerous impacts of pesticides, encourages them to flourish, and restores the natural balance that is unable to exist in chemical-intensive agriculture.

Former College Dean Sentenced to a Year in Federal Prison