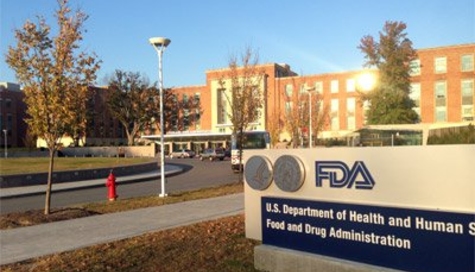 Washington, DC–(ENEWSPF)–April 1, 2016.  The Natural Resources Defense Council and Center for Food Safety, on behalf of themselves and four other public health and environmental organizations, sued the Food and Drug Administration (FDA) yesterday to force it to act on a petition to ban perchlorate in food packaging.  The groups filed the petition in December 2014.  The agency missed a June 2015 deadline to respond to the petition.

Perchlorate impairs hormone production critical to brain development and poses a health threat, particularly to fetuses, infants and children.  FDA has approved it for certain specific uses, including as an anti-static agent in plastic packaging for dry foods such as beans, rice and flour.

“This is a toxic chemical, and it’s all over our food supply,” said Erik Olson, director of the Health Program at the Natural Resources Defense Council. “There’s enough evidence of harm for the FDA to ban it, and there is no excuse for the agency’s inaction.”

“Perchlorate is primarily used in rocket fuel.  There is no reason FDA should allow a chemical like this in or on food products,” said Andrew Kimbrell, Executive Director of Center for Food Safety. “It is irresponsible, illegal, and indefensible for FDA to continue withholding a response to our petition when human health is at stake.”

“From increased risk of breast cancer, to interfering with the development of babies’ brains, hormone-disrupting chemicals are harming public health,” said Nancy Buermeyer, Senior Policy Strategist at the Breast Cancer Fund. “We wouldn’t think of practicing medicine the way we did in the 1950s; nor should the FDA consider science through a decades-old lens.  The FDA should act immediately to ban perchlorate to protect our children and future generations.”

“There’s no reason for the food industry to use a rocket fuel ingredient that can contaminate our food,” said Caroline Cox, Research Director for the Center for Environmental Health. “FDA needs to act immediately to end this food safety threat to our children and families.”

“Banning perchlorate should be a no-brainer when you consider its threat to human health, particularly to fetal development,” said Ken Cook, co-founder and president of the Environmental Working Group. “We hope this lawsuit spurs FDA to give a new look at the science, instead of relying on its original, flawed reasoning, and to move swiftly to protect consumers from exposure to this toxic chemical.”

“There’s just no practical way for consumers to protect their families from perchlorate, because it’s not labeled and is allowed in packaging and production of so many foods,” said Laura MacCleery, Director of Regulatory Affairs for the Center for Science in the Public Interest.  “But protecting consumers is clearly FDA’s job, and the agency should ban perchlorate right away.”

The petition for a writ of mandamus, filed today in the U.S. Court of Appeals for the Ninth Circuit, is here.

FDA is currently under court orders to comply with other deadlines mandated by the Federal Food, Drug and Cosmetic Act and Food Safety Modernization Act, as a result of two lawsuits filed by CFS in 2014 and 2012, respectively.

For more background on this issue, see here.