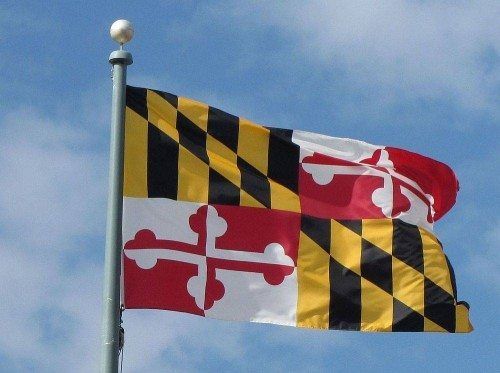 MARYLAND—(ENEWSPF)—April 4, 2017. As deaths from drug overdoses increase across the state and nation, the House of Delegates has passed legislation to bolster Maryland’s public health approach to the opioid epidemic with overwhelming bipartisan support. The legislative package, endorsed by the Maryland General Assembly House Opioid Workgroup, will combat the opioid epidemic by increasing treatment access, prevention efforts, and public awareness and education. HB1329 establishes a 24/7 Health Crisis Hotline and a network of crisis treatment centers for substance use disorders, HB1082 will require public schools to provide education programs on substance use disorders and train personnel to respond to an opioid overdose, and HB869 will require DHMH to compile a list of accredited recovery residences which is easily accessible online. The bills, considered by both chambers with minor technical differences, now await passage in final form through the General Assembly before heading to Governor Hogan for signature. (See detailed descriptions of each bill below.)

“These bills represent a comprehensive and innovative public health approach to the substance abuse crisis,” said Delegate Dan Morhaim, M.D. (District 11 – Baltimore County). “Harm reduction advocates like the Drug Policy Alliance and Johns Hopkins Bloomberg School of Public Health played a key role in developing elements that were included in the final legislation, including 24/7 treatment options and a requirement to review and report on innovative evidence-based programs to better manage patients with substance use disorders,” said Morhaim.

More Americans now die annually from overdose than gun fatalities or car crashes. Over 30,000 Americans died from an opioid-related overdose in 2015, and in Maryland alone there were 1,089 opioid-related deaths. From 2010 to 2015, there has been a 60% rise in fatal drug and alcohol-related overdoses, and heroin deaths have increased by 186% in the state. The state’s final 2016 figures are expected to be even grimmer, likely totaling nearly 2,000 deaths in a single year.

The legislative package comes as policymakers have largely rejected harsh enforcement-focused approaches to the epidemic in favor of proven public health measures that seek to help those struggling with substance use.  The initiatives adopted in the package include evidence-based methods to reduce the harms of drug use such as: increasing access to overdose reversal drugs, increasing access to treatment and requiring hospitals to establish referral protocols, tasking a team to review all fatal and nonfatal overdoses to better understand trends, and requiring further investigation into evidence-based programs and methods to better manage patients with substance use disorders.

“As Maryland’s opioid epidemic continues to worsen, we must commit our resources to proven public health approaches like expanding treatment access,” said Kaitlyn Boecker, Policy Coordinator for Drug Policy Alliance.  “We urge the General Assembly to quickly give these measures final passage and the Governor to sign them into law, ensuring that they are fully funded and speedily implemented. Every Marylander deserves access to treatment regardless of circumstance.” said Boecker.

Additional evidence-based drug policy reforms await passage, including measures that would allow Maryland to treat drug use a public health rather than a criminal justice problem. HB408 (Criminal Procedure – Charging Procedures and Documents – Citation) would allow law enforcement to issue a criminal citation to those in possession of small amounts of controlled substances for personal use rather than arrest them, saving valuable law enforcement resources and helping those struggling with substance use to avoid needless incarceration.

Below is an overview of the measures passed by the General Assembly:

Heroin and Opioid Prevention Effort (HOPE) and Treatment Act of 2017 (HB 1329) – This bill requires the establishment of a 24/7 Health Crisis Hotline and a network of crisis treatment centers to provide 24/7 access for individuals experiencing a mental health or substance use disorder crisis. It also requires all Maryland hospitals to establish a protocol for discharging individuals treated for overdose or substance use disorder and to have at least one provider who can prescribe medication assisted treatment (MAT), an important form of treatment for opioid dependence. It also makes naloxone, a quick acting overdose reversal drug, more widely available.

Heroin and Opioid Education and Community Action Act of 2017 (Start Talking Maryland Act) (HB1082) – This bill requires the State Board of Education, in coordination with other State agencies responsible for drug abuse education and control, to develop a program of addiction and prevention education in public schools including training of school personnel on recognizing and responding to an opioid overdose.

Recovery Residence Residential Rights Protection Act (HB 869) – This bill will require the Department of Health and Mental Hygiene to compile a list of credentialed recovery residences in each county in Maryland, and to make this list available on their website and to individuals being referred to treatment by a behavioral health program or health services provider.