Washington, DC–(ENEWSPF)–August 27, 2015. Last week, Philip J. Landrigan, M.D., and Charles Benbrook, Ph.D., released a perspective article, GMOs, Herbicides, and Public Health, in the New England Journal of Medicine that outlines the hazards associated with food residues of elevated pesticide use in the production of genetically engineered (GE) crops. While mainstream media continuously misses the central issue in the GE debate by asserting that these crops are merely an extension of selective breeding and effect a reduction in pesticide use, the authors focus on the significance of the actual increase in herbicide use and weed resistance in herbicide-tolerant crops. Drs. Landrigan and Benbrook offer two main recommendations in their article: the U.S. Environmental Protection Agency (EPA) should delay implementation of its decision to permit the use of Enlist Duo (the 2,4-D herbicide used with Monsanto-engineered GE herbicide-tolerant crop), and  the U.S. Food and Drug Administration (FDA) should require labeling of GE foods and couple it with adequately funded, long-term postmarketing surveillance. 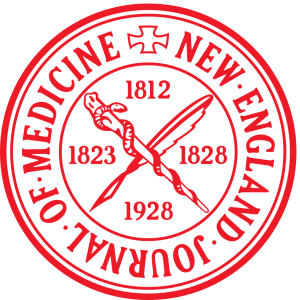 Dr. Landrigan, Dean for Global Health at Mount Sinai School of Medicine, is an epidemiologist and pediatrician and one of the world’s leading advocates of children’s and environmental health. Dr. Benbrook is a research professor at the Center for Sustaining Agriculture and Natural Resources at Washington State University.

Genetically engineered crops have been at the forefront of conventional farming for decades. Corn and soybeans were originally genetically engineered to tolerate Monsanto’s glyphosate (Roundup) in the mid-1990s. Today, these crops account for 90% of corn and soybeans in the U.S. leading to a dramatic increase in herbicide use. In fact, the researchers point out that glyphosate use has increased by a factor of more than 250 — from 0.4 million kg in 1974 to 113 million kg in 2014. This not surprisingly allows herbicide-resistant superweeds to emerge, which leads the industry to turn to stronger, more dangerous chemicals like 2,4-D and glufosinate.

Of particular concern for the two authors is that farmers, processors, infants, and children are most at risk, given the exposure to the herbicides used with herbicide-resistant GE crops. The hazard for children is especially elevated since they eat more food pound for pound. Children are biologically more vulnerable because their cells are still growing and they have many more years to develop. Research has shown that increased levels of pesticides in the body is linked to exposure through the diet, particularly for vulnerable segments of the population like children and pregnant women. In 2012, AAP weighed in on the debate, recognizing that organic foods (which do not allow for use of GE ingredients) reduce exposure to pesticides, especially for children.

The classification by International Agency for Research on Cancer (IARC) of the GE crop herbicide glyphosate as a human carcinogen, based on laboratory animal studies, brings the safety issue into sharper focus. Dr. Benbrook and Dr. Landrigan cite IARC research as a reason to reconsider all aspects of the safety of plant biotechnology. In their article, they state: These classifications were based on comprehensive assessments of the toxicologic and epidemiologic literature that linked both 2,4-D and glyphosate herbicides to dose-related increases in malignant tumors at multiple anatomical sites in animals and linked glyphosate to an increased incidence of non-Hodgkin’s lymphoma in humans. Dr. Landrigan insists that we should not wait to do something about these issues. In an audio interview, he says, “If one reasons from the prospective of prudence, it would seem wise not to allow large numbers of children to be exposed unwittingly to a probable human carcinogen.”

In addition to the recent IARC findings, the timing of Drs. Landrigan and Benbrook’s positions is critical as both the U.S. and Europe examine GE labeling laws. In the U.S., Congress is considering H.R. 1599, the Safe and Accurate Food Labeling Act of 2015, often referred to by opponents as the Deny Americans the Right to Know (DARK) Act, which as its name implies would negate state mandatory labeling laws. The European Union (EU) is approaching a deadline for a GE crop opt-out program, decided individually by its member states. Consumers are increasingly demanding that the U.S. and EU governments take restrictive action as they make national decisions on GE crops.

Advocates have argued that EPA’s decision to allow Enlist Duo is flawed. In their piece, the authors address this with the following position:

The science consisted solely of toxicologic studies commissioned by the herbicide manufacturers in the 1980s and 1990s and never published, not an uncommon practice in U.S. pesticide regulation. These studies predated current knowledge of low-dose, endocrine-mediated, and epigenetic effects and were not designed to detect them. The risk assessment gave little consideration to potential health effects in infants and children, thus contravening federal pesticide law. It failed to consider ecologic impact, such as effects on the monarch butterfly and other pollinators. It considered only pure glyphosate, despite studies showing that formulated glyphosate that contains surfactants and adjuvants is more toxic than the pure compound.

This spring, the European Union voted to allow its member states to allow or prohibit some GE crop use for food and feed. Based on the new provision, member states will make their determination on 14 GE crops authorized by the EU. Scotland has vowed to utilize its opt-out authority and is being followed Germany, which has previously taken a pro-GE position. Each member state has until October 3, 2015 to give the EU its decision.

Beyond Pesticides urges consumers to pressure our government officials to guard the safety of their citizens. Legislation like the DARK Act, which has passed in the House, will place a prohibition on states’ authority to require labeling of GE ingredients in food products, instituting federal preemption of state and local authority. To get involved, contact your Senator to tell them to vote against the H.R. 1599.

In the meantime, while we wait for the National Academy of Sciences to release a new GE report  (expected in 2016), the best and currently only way to avoid GE food is to support organic agriculture and eat organic food. Beyond Pesticides has long advocated for organic management practices as a means to foster biodiversity, and research shows that organic farmers do a better job of protecting biodiversity than their chemically-intensive counterparts. Instead of prophylactic use of pesticides and scheduled sprays, responsible organic farms focus on fostering habitat for pest predators and other beneficial insects, set action levels for pests based upon monitoring, and only resort to judicious use of least-toxic pesticides when other cultural, structural, mechanical, and biological controls have been attempted and proven ineffective. The conservation of biodiversity is both a core premise of organic land management. For more on how organic management preserves biodiversity, visitBeyond Pesticides’ organic agriculture webpage. For a hands on approach on how you can protect biodiversity, see Do-it-Yourself Biodiversity.