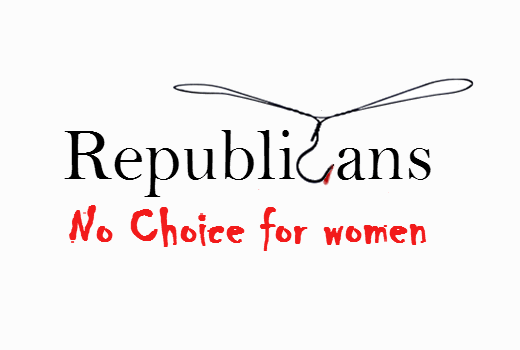 I have been banging this drum for a long time, but the threat of a Trump (or God forbid, a Pence) administration adds new urgency. At the end of the day, the issue comes down to something real simple.  If you read the decision in Burwell v. Hobby Lobby, Alito is clear they are not stopping with abortion.   Setting the stage for a repeal of Roe v. Wade isn’t going to satisfy these guys.  They are chomping at the bit to repeal Griswold v. Connecticut.  Griswold is the case that struck down a Connecticut law that had made the use of birth control by married couples illegal.

You know who brought the case over 50 years ago that set the stage for access to birth control?  Estelle Griswold, the executive director of Planned Parenthood in Connecticut.  So don’t be fooled by the apparent ahistorical nature of the Republicons.  They know exactly what they are doing when they go after Planned Parenthood.

Why do I suggest this? Because it’s clear right in the decision itself.

The Hahns exercise sole ownership of the closely held business [Hobby Lobby]; they control its board of directors and hold all of its voting shares. One of the Hahn sons serves as the president and CEO. The Hahns believe that they are required to run their business “in accordance with their religious beliefs and moral principles.”

To that end, the company’s mission, as they see it, is to “operate in a professional environment founded upon the highest ethical, moral, and Christian principles.” Ibid. (internal quotation marks omitted). The company’s “Vision and Values Statements” affirms that Conestoga endeavors to “ensur[e] a reasonable profit in [a] manner that reflects [the Hahns’] Christian heritage.”

As explained in Conestoga’s board-adopted “Statement on the Sanctity of Human Life,” the Hahns believe that “human life begins at conception.”  It is therefore “against [their] moral conviction to be involved in the termination of human life” after conception, which they believe is a “sin against God to which they are held accountable.”

The Hahns have accordingly excluded from the group health-insurance plan they offer to their employees certain contraceptive methods that they consider to be abortifacients. (emphasis added)

The owners of the businesses have religious objections to abortion, and according to their religious beliefs the four contraceptive methods at issue are abortifacients.

So what exactly are the four methods of contraception being targeted?  According to the HHS brief:

“Plan B is an emergency contraceptive in pill form … it may inhibit implantation (of a fertilized egg in the uterus) by altering the endometrium … Ella is a pill that works by inhibiting or delaying ovulation and may also work by altering the endometrium in a way that may affect implantation (of the fertilized egg in the uterus).”

There is NOTHING in the definition or explanation of these contraceptive methods that would meet the medical definition of an abortion.

1) the termination of a pregnancy after, accompanied by, resulting in, or closely followed by the death of the embryo or fetus:

3)  induced expulsion of a human fetus

A fertilized egg is not an embryo.  It is not a fetus.  Pregnancy doesn’t even begin until the fertilized egg is implanted in the uterus. There is no confusion, no debate, no dissent about this among biologists, physicians, or health care providers.   Alito is none of the above, so he wrote:

The owners of the companies involved in these cases and others who believe that life begins at conception regard these four methods as causing abortions, but federal regulations, which define pregnancy as beginning at implantation, see, e.g., 62 Fed. Reg. 8611 (1997); 45 CFR §46.202(f) (2013), do not so classify them. (emphasis added)

Deciding to go with the  Hahn’s mistaken belief

that providing the coverage demanded by the HHS regulations is connected to the destruction of an embryo in a way that is sufficient to make it immoral for them to provide the coverage. This belief implicates a difficult and important question of religion and moral philosophy, namely, the circumstances under which it is wrong for a person to perform an act that is innocent in itself but that has the effect of enabling or facilitating the commission of an immoral act by another.

Alito showed he didn’t know (or couldn’t be bothered to learn) what an embryo is. Thus, it is no surprise the court’s decision simply ignored matters of scientific fact (eggs are not embryos) and went with beliefs. In short, Alito was happy to let superstition trump science.

If you think it is a long distance from this decision to one that argues against enabling access to methods of preventing fertilization, you are kidding yourself.

When the long reach of the Supreme Court is considered, and the decades of impact a Supreme Court appointment can have on the direction of this nation, there is no question that all efforts to derail the Trump presidency need to be pursued with vigor.  Hoping this administration will be satisfied merely destroying Planned Parenthood is Mything The Point.  Either way, it is probably a good idea for young women to think about whether or not they want to join the ranks of women rushing to get long-lasting birth control so they can weather the storm of a Trump administration.