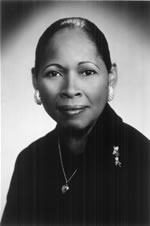 Indiana School and Illinois School in Park Forest are part of School District 162.  The district’s other schools include Richton Square School and Sauk School in Richton Park, Matteson School and O.W. Huth Middle School in Matteson, and Arcadia School in Olympia Fields.

Noting that the award was a great honor, Dr. Davis said she was privileged to work with magnificent staff members, supportive parents, and a Board of Education that consistently focuses on the best interests of children. “Our teachers work hard to produce excellence in the classroom,” said Dr. Davis. “They are supported by our principals, school staff, and involved parents who insist on a good education for their children. I thank them all for making this award possible.”

"I’m not easily shocked, but I’m shocked," Dr. Davis admitted. "Generally I’m not an emotional person, but I was in this case." She reflected that this honor will provide her with the opportunity to address educational organizations on a national level.

Noting that 89% of the nation’s children are educated in public schools, Dr. Davis added, "Regardless of demographics, all children can learn."

Dr. Davis was appointed superintendent of District 162 in 2002. “Since her appointment, Dr. Davis has provided the instructional leadership and vision that has made our district a place of pride and accomplishment where our children are demonstrating high levels of academic achievement,” noted McCray.

The District has consistently increased the Illinois Standards Achievement Test (ISAT) scores with the most recent composite score on the 2007 ISAT rising to 80 percent, an increase of 45% since 2001. Two of the District’s seven schools were ranked on the 2007 ISAT among the top 10 school districts in the south suburban area of Chicago.

This academic achievement has happened as the school district underwent a significant demographic change over the last 10 years and student enrollment dramatically increased.  In the past five years District 162 has increased its enrollment from 2,842 to 3,347 students. In addressing the continuing increase in student enrollment Dr. Davis oversaw the construction of large additions on five of its six schools, the opening of a pre-kindergarten/kindergarten school, and the hiring of new staff, almost doubling the size of the teaching staff.

“I think it’s a model for breaking the paradigm that children of color and children of poverty can’t learn,” McCray said. "Our tax rate is one of the lowest of the surrounding school districts.  We’re able to teach children because we believe all children can learn.  All can reach their best potential. You hear about poverty, rapid influx from other communities.  None of that matters when a child walks in the room.  The teacher has a duty to provide quality education no matter where that child comes from."

In all of the district schools, new computer labs were opened complete with SmartBoards, projectors and software designed to provide students with differentiated lessons unique to their individual academic needs. Audio enhancement technology was installed in many district classrooms with a plan to install it in all of the district schools in the near future. This technology provides teachers with the support that enables them to address the various levels of student achievement and understanding.

“What Dr. Davis is accomplishing strongly demonstrates that inspired educational leadership can help to ensure that children achieve their highest potential to learn, regardless of socioeconomic realities that are often cited as insurmountable barriers preventing optimal educational results,” said Gery Chico, former president of the Chicago Board of Education. “Dr. Davis’ success does not surprise me. When I became president of the Chicago Board of Education in 1995, we quickly discovered the tremendous asset we had in this educator. As we worked to turn around arguably the worst school district in the nation, we relied upon Dr. Davis for leadership and skillful execution of our policies and plans…Every project which Dr. Davis undertook was accomplished fully and successfully, always in the best interests of the children.”

District 162 emphasizes providing the staff with professional development programs focused on effective best practice instructional strategies proven to raise student achievement. Student assessment and data driven instruction are utilized by the district staff to develop lessons targeting the content, concepts and skills that the students are required to learn.

Dr. Davis’ educational philosophy is driven by the research of Dr. Ron Edmonds, the founder of the Effective Schools Movement. According to Dr. Edmonds, "We can, whenever and wherever we choose, successfully teach all children whose schooling is of interest to us. We already know more than we need to do that. Whether or not we do it must finally depend on how we feel about the fact that we haven’t so far."

Over the course of the next year, Dr. Davis will have the opportunity to interact with the 49 others throughout the United States also named Superintendent of the Year. She said she looks forward to the dialogue at these forums.

Prior to District 162, Dr. Davis was in charge of daily management of the Chicago Public Schools from 1995 to 2001. She supervised seven regions and the 600 schools. She also served the Chicago Public School system as Deputy Chief Education Officer, district superintendent, principal, assistant principal, counselor, and teacher. She was Associate Professorial Lecturer at St. Xavier University where she trained prospective principals and was the senior consultant to the Illinois State Board of Education, working with schools on the State Academic Warning List.

Dr. Davis was the Citywide Chairperson for the United Negro College Fund from 1994-2001 and raised over eight million dollars for aspiring college students.  She was also the 2004 Honorary Chairperson of the Ebony/UNCF Fundraiser, the General Chair of the Southside 2004 NAACP Annual Dinner and the Honorary Chairperson for the UNCF South Suburban-Will County Campaign in 2007. Dr. Davis is a member of the Illinois Association of School Administrators, Phi Delta Kappa and Rotary One.  She is a past member of the Board of Directors of the Lincoln Park Zoo. She is a product of the Chicago Public Schools with a Master’s and doctorate from Loyola University.  Her career was chronicled by WGN-TV on “Chicago’s Very Own.”

The District 162 School Board will meet on Tuesday, November 20, at 7:00 p.m. in the Illinois School Multi-Purpose Room.