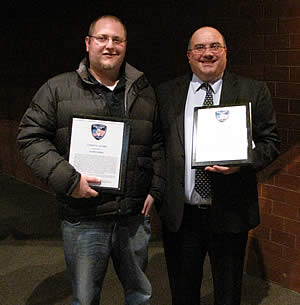 James Bird (left) and Gary Kopycinski, recipients of a Citizens Award from the Park Forest Police Department in connection with a domestic kidnapping incident. (Photo: ENEWSPF)

Park Forest, IL–(ENEWSPF)– eNews Park Forest editor and publisher Gary Kopycinski and James Bird, a landlord in Chicago, were honored Sunday by the Park Forest Police Department in connection with their roles in helping return an alleged 5-year-old kidapping victim to his father.

The citation for both men, as written by the Park Forest Police Department, follows: 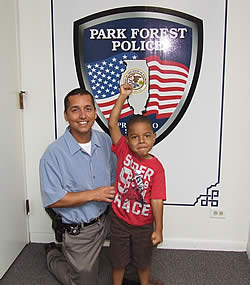 On 05/28/10 the Park Forest Police were notified that a child kidnapped in Arizona was in or enroute to Park Forest. To assist the Chandler, Arizona Police, Detective John Sweitzer spoke to the suspect on several occasions but she denied any knowledge of where the missing juvenile was. On July 21, 2010, a nationwide arrest warrant was issued for the suspect by the Arizona authorities, but she had fled the Park Forest area. Gary Kopycinski, after reading the report of the abduction, decided to feature the story in his eNews Park Forest publication in reference to case. On July 29, 2010, James Bird contacted the Park Forest Police and reported that thei suspect was attempting to rent an apartment in the 7500 block of South Shore in Chicago. As the apartment manager, Bird spoke to Manning who was accompanied by a small male child. Bird told Detective Sweitzer that Manning appeared nervous, constantly looking at the doors of the building. Once Manning left, Bird searched the internet and saw Kopycinski’s story in eNew Park Forest. Once Bird saw a picture of the missing child, Bird immediately recognized him as the child that was with Manning. With Mr. Bird’s cooperation, Manning was arrested without incident. The Park Forest Police subsequently located the missing child and he was reuinited with his father.

Due to their attention to detail and willingness to assist police, Gary Kopycinski and James Bird were responsible for reuniting a child kidnapped in Arizona with his father and instrumental in the arrest of the suspect in the case.

eNews Park Forest offers special thanks to James Bird and Officer John Sweitzer for their courage and diligence in this investigation. 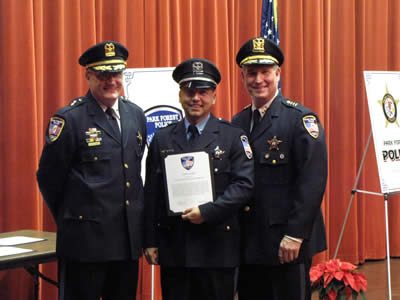