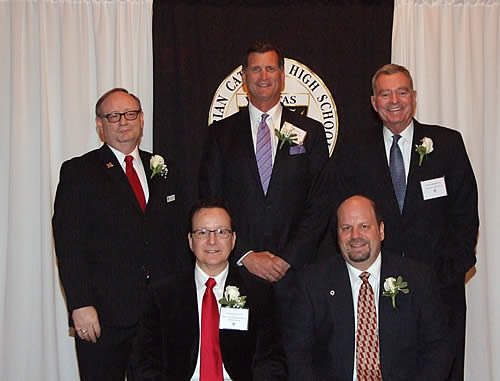 “I can say this is one of the best days of my life,” said Mark Weishaar ’78, Athlete of the Year Awardee. “Having my family and friends whom I haven’t seen in years attend this event for me was very special. I am privileged to receive this award and thankful for those who have helped me earn this honor.”

The Normandy Room at Olympia Fields Country Club was filled with over 230 Hall of Fame guests. The evening entitled entrainment by the Marian Catholic Band during cocktail hour, heart-filled words from the five new Hall of Fame inductees, and rekindling with friends and companions.