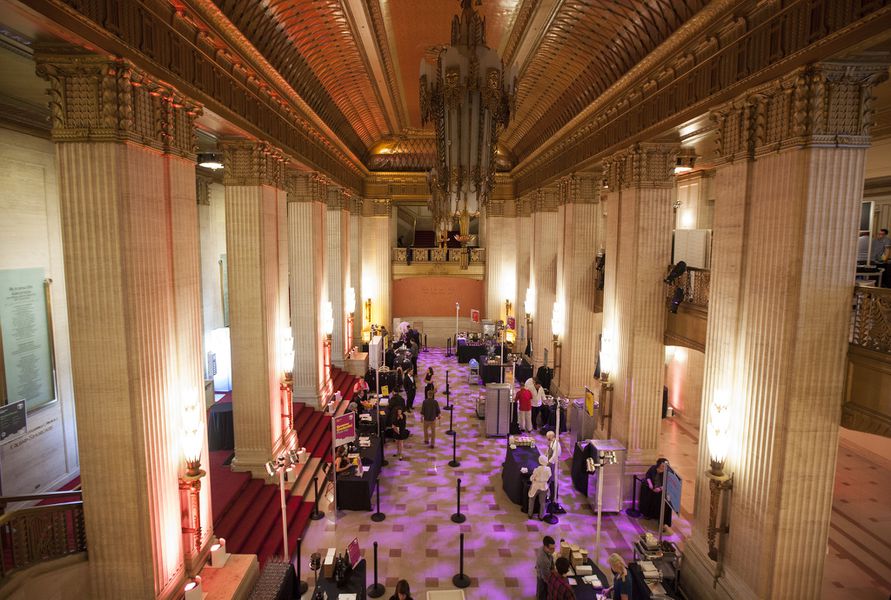 CHICAGO–(ENEWSPF)–October 14, 2016.   Mayor Rahm Emanuel and James Beard Foundation President Susan Ungaro today announced the annual James Beard Awards ceremony and gala will be held in Chicago through 2021. Previously scheduled to finish its Chicago run in 2017, the foundation is renewing its partnership with the city for an additional four years.

“The opportunity to host the James Beard Awards for an additional four years is testament to the city of Chicago’s reputation as a culinary capital and cultural destination,” Mayor Emanuel said. “Chicago’s world-class culinary scene is an important part of the city’s economy, supporting jobs and economic opportunities in neighborhoods across the city. We are proud to continue hosting this prestigious event and look forward to showing even more visitors what our city has to offer.”

2015 marked the first time that the James Beard Foundation held its annual Awards outside of New York City, selecting Chicago as its first host city. The response from chefs, media and the food community was exceedingly positive – after 25 years, attendees had a chance to explore a new city’s best culinary attributes with their peers, and the city itself was eager and able to boast the best of the best they had to offer from its restaurants.

“Our Foundation is delighted to continue our partnership in hosting the annual James Beard Awards in the great food city of Chicago through 2021,” Ungaro said. “Thanks to the hospitality and passion of Mayor Emanuel, Choose Chicago and the Illinois Restaurant Association in helping advance our Foundation’s mission to honor culinary excellence all across America, we look forward to renewing and growing our collaboration.”

In addition to the Awards, the City of Chicago, Choose Chicago and the Illinois Restaurant Association will collaborate with the Foundation in its many philanthropic endeavors, including student scholarships, partnering in both Chicago Eats Week and Chicago Restaurant Week, as well as JBF Taste America events nationwide, and the support of JBF Impact Programs and the Foundation’s commitment to establish a more sustainable food system through education, advocacy and thought leadership.

“We are thrilled with the opportunity to continue to host the James Beard Foundation Awards,” David Whitaker, President & CEO of Choose Chicago said. “Building on prior years’ success having JBF choose to remain in Chicago affords us the opportunity to continue to market Chicago as a center of culinary excellence and to celebrate the amazing restaurateurs, chefs and partners who have built our global reputation.”

During the James Beard Awards, which is open to the public, honors in the Restaurant and Chef and Restaurant Design categories are distributed, along with special achievement awards including Humanitarian of the Year, Lifetime Achievement, Who’s Who of Food and Beverage in America, and America’s Classics. A gala reception immediately follows, featuring top chefs and beverage professionals from across the country.

The James Beard Foundation Book, Broadcast & Journalism Awards, an exclusive event honoring the nation’s top cookbook authors, culinary broadcast producers and hosts, and food journalists, will remain in New York City in May 2017 and for the forseeable future.

Established in 1990, the James Beard Awards recognize culinary professionals for excellence and achievement in their fields and further the Foundation’s mission to celebrate, nurture, and honor America’s diverse culinary heritage through programs that educate and inspire. Each award category has an individual committee made up of industry professionals who volunteer their time to oversee the policies, procedures, and selection of judges for their respective Awards program. All JBF Award winners receive a certificate and a medallion engraved with the James Beard Foundation Awards insignia. There are no cash prizes.

About The James Beard Foundation

Founded in 1986, the James Beard Foundation celebrates, nurtures, and honors America’s diverse culinary heritage through programs that educate and inspire. A cookbook author and teacher with an encyclopedic knowledge about food, the late James Beard was a champion of American cuisine. He helped educate and mentor generations of professional chefs and food enthusiasts, instilling in them the value of wholesome, healthful, and delicious food. Today JBF continues in the same spirit by administering a number of diverse programs that include educational initiatives, food industry awards, scholarships for culinary students, publications, chef advocacy training, and thought-leader convening. The Foundation also maintains the historic James Beard House in New York City’s Greenwich Village as a “performance space” for visiting chefs. For more information, please visit jamesbeard.org. Get food news, recipes, and more at the James Beard Foundation’s blog. Follow the James Beard Foundation on Facebook, Twitter and Instagram.