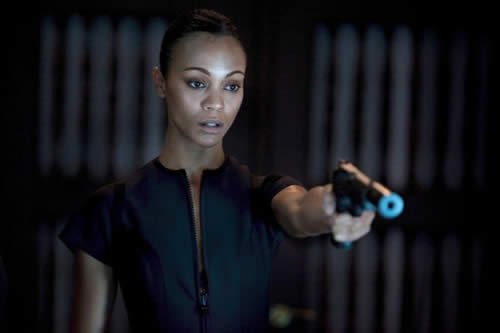 I grew up in that great period in the history of cinema known as the Seventies. The movies of that time had more of a fierce independence about them, and if the ratings board found something offensive about them, they were rated accordingly. The word “tentpole” was something you might have seen at a circus, rather than referring to a movie that was made by committee so as to appeal to as many people as possible. Many of the movies I loved, including THE LAUGHING POLICEMAN, CHARLEY VARRICK, and my favorite crime movie, THE TAKING OF PELHAM 1-2-3 (yes, to me Walter Matthau was THE action hero) were violent, sometimes needlessly so (MR. MAJESTYK, anyone? THE GAUNTLET, perhaps?)

Somehow, in spite of their violence, the movies connected with you. I’m a huge fan of style, but I need some substance to go with it. I need someone to relate to, empathize with, be concerned with…or at least be interested in. SALT came close, THE TOWN excelled. I saw THE AMERICAN, which Roger Ebert raved about. As I left the theater, I met a nice couple who tried to seek answers from me, and I from them. We asked each other how we felt. None of us knew. The man dismissed the movie as being like a “European film,” and we let it go at that. Damn those abstruse Europeans.

COLOMBIANA is beautifully packaged with colors that are warm when they need to be, cool when they need to be, interesting camera angles, apartments that are dark during the day except for the shafts of sunlight coming through the windows, blistering, burned-out light in Colombia, blue, icy light in prison, moody incidental music…and almost no real  life in sight. Breakneck pace is not a problem here, but I still found myself laughing when I was pretty sure I wasn’t supposed to.

Cataleya, a young girl living with her parents in Colombia, witnesses their murder, escapes reprisals, and winds up with her uncle in Chicago. From the outset, she is steely-eyed and stone cold, and when Uncle Emilio (Cliff Curtis, a New Zelander, doing a credible job as an Hispanic) takes her to school, Cataleya tells him that there is nothing there for her to learn, and she wants to be an assassin, and wants him to teach her. In one of the most absurd scenes in the movie, he fires a shot into the street, causing a Rube Goldbergian series of accidents to occur. While cars are crashing and people are screaming and sirens are wailing and hydrants are spewing, Emilio asks the girl to choose between a life of violence or going to school. She chooses school. Nice girl. (To be honest, Amandia Stenberg has this tiny adult role down cold.)

We next see Cataleya, (who has grown into the stunningly beautiful and talented) Zoe Saldana, who throws us a red herring as to what has happened over the past fifteen years, then proceeds with an assassination mission that can be best described as pro bono, killing some reprehensible scumbag  for the good of society. She is not restricted, however, to “good” works alone. She is, naturally, also after the Colombian mobsters who killed her family.

This first assassination scene sets the tone for the movie. There is suspense, but it is superficial, because once again we have a (good) actor plugged into a series of impossible stunts covered by fast editing. We accept it, because we’re used to seeing it in action movies, but we don’t really feel involved, and the absurdity continues throughout the movie. Not as absurd and illogical as LAW-ABIDING CITIZEN, perhaps, but at least that movie had characters you cared about. And remember, I did like SALT, which had more than its share of illogical moments.

Saldana is an impressive force on screen, but the problem with the movie is that since “style” in this case means very naturalistic cinematography and fast editing at the expense of logic and character development, she remains at arm’s reach, a cipher. Cataleya should be a tortured soul that elicits sympathy for her situation and horror at her deeds, but the screenplay and excessive style never really allow us to make that connection with her.

Michael Vartan shows up as Cataleya’s lover, and you wonder how that whole thing worked, because the relationship plays like a first date, and Vartan’s Danny Delaney, is a stereotypical nice guy…and that’s about it. You’ve seen these Colombian drug lords, uncooperative CIA agents and vulnerable mother s before. With one notable exception, they’re all types.

Lennie James, late of TV’s JERICHO (which I never watched, I’m afraid), plays an FBI agent. He gets past the clichés usually found in a top cop (getting the attention of a chattering group in less than a second, realizing that they’re looking for the wrong type of person, etc.), but invests everything he does with a credibility and vulnerability that I didn’t get from anyone else in the movie, including Saldana. There is a key scene that takes place in a kitchen, and it is James’ character with whom you feel the connection.

I wonder what Michael Mann, who gave us HEAT, COLLATERAL, and PUBLIC ENEMIES could have done with this. Those were movies that got you involved with character empathy rather than flashiness. I bet he would have started with rewriting the screenplay. I have no problem with action pictures. I have no problem with logical absurdity in the movies, except when it makes me giggle, as it does often in this movie. The central absurdity of BURN NOTICE is that the characters solve all the cases they work on by blowing something up, with no one running onto the street to see what’s happening. I know, of course, that Michael, Sam, Fi and Jesse will triumph, but I do feel my nerves and muscles tense up as we get to that point.

See 30 MINUTES OR LESS instead. It’s not as good as the same director’s ZOMBIELAND, but Jesse Eisenberg creates a character you do care about, and though the movie isn’t quite the pleasure ZOMBIELAND was, it’s still fun, fast, and suspenseful. Danny McBride, as the genius in a pair of dufuses, brings cocky, defiant stupidity to new heights. You can also have fun, as I did, playing Guess the Character Actor when McBride’s movie father is on screen. Ah, Remo Williams, the adventure barely began…