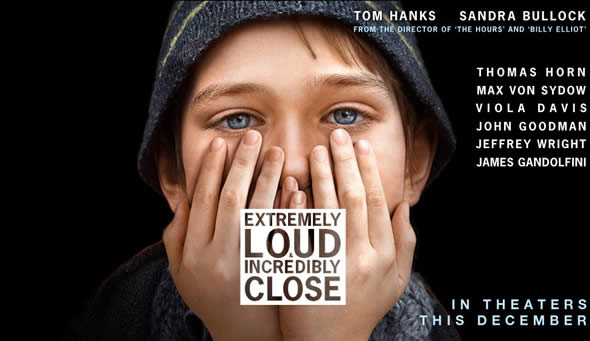 Sentiment in the movies, especially when it goes for my jugular, is something that makes me wary and often forces me to hide between a shield of cynicism. The portrayal of honest relatable emotion can get my crying. In my youth, I remember crying at an All in the Family episode dealing with a man whose son died in Vietnam sitting at the same table as a draft dodger. My first year teaching, an episode of Hill Street Blues that had a cop admitting he was an alcoholic and then encountering his captain (who gave him an ultimatum) attending the same AA meeting set me to weeping openly. I mean it. Tears streaming, audibly heaving for breath. It was years before I realized that my father suffered from the same disease, so I can only explain it by saying that it was because the emotions I saw played out were real.

I saw War Horse last week, a movie that is on a lot of people’s lists as a Best Picture contender for the Oscar. I was wary of it. The commercials turned me off, because here we had another Steven Spielberg-directed boy-and-his-dog story (you may substitute “dog” for “horse,” “alien,” or whatever), scored with lush John Williams music that cues you when to feel something (hey, I told you I could be cynical). After seeing the movie, I felt that everything about it was more than competently done (good acting, great pacing, stunning visuals, detailed recreations of another time and place, a great musical score that sounded better in the movie than in the commercial), but still I felt that I had been manipulated. I was wondering if I could remain an objective reviewer of movies.

My approach was the same to Extremely Loud and Incredibly Close. It is directed by Stephen Daldry, who has a great track record (The Reader, The Hours, Billy Elliot), and is based on the 2005 best-seller of the same name by Jonathan Safran Foer. Outside of some excellent Law and Order episodes dealing with the aftermath of 9/11, I had never seen a film dealing with it, and I’m pretty sure this is the first 9/11 movie that does not treat it in a documentary fashion- in other words, as the ads put it, “this movie is not about 9/11…it is about all the days that followed.” I really wanted to be objective.

I must admit, I didn’t really feel that manipulated. The story deals with a 12-year old boy, Oskar Schell, whose father dies because he is attending a meeting in the World Trade Center. Oskar is extremely full of knowledge for his age; he is played by Thomas Horn, whose previous acting experience was winning a whole bunch of money on Jeopardy! during Kids’ Week. So we have a savant playing a savant. Oskar’s tendency is to make sense out of nonsense, which is something we all try to do, I think (Lord knows we high-school teachers try to do it) but he is absolutely sure using the scientific method, that it can be done. A year after the tragedy, while rummaging through his father’s closet, he discovers a key in an envelope, hidden in a blue vase. He feels that the key is, indeed, the “key” to something that will help him make sense of it all. Accompanied, ultimately, by a strange old man, he sets about through New York to find meaning and closure.

Rather than being manipulative, the movie, at least at first, held me at arm’s length. The emotion ns seem real, the characters feeling them seem very real, but this is all told through a boy that treats the tragedy as a problem to be solved, without allowing himself to really connect with it, so we feel aloof instead of engaged. Maybe that’s a flaw the movie can’t avoid, seeing that it deals with someone trying not to become emotionally involved.

Tom Hanks and Sandra Bullock as the parents are flawless, although their own star personas remind you that you are watching great artists portraying people, so this further pushes us away from involvement. But, believe me, they both are really, really good. Hanks is a father who shares the same love of the search for knowledge as his son does, and together they are involved in many elaborate projects involving Oskar walking through the streets of New York (alone!), finding clues to help him find discoveries planted by his father. Hanks plays Thomas Schell as you would expect Tom Hanks to play him, and with the tremendous amount of good will that this actor has earned for himself, it’s not an unwelcome portrayal.

Hanks and Bullock wind up having what are essentially supporting roles (the story is told achronologically), which mitigates their overwhelming star personas a bit, and increases the feelings of good will toward them for not having to be the “leads.” As it so happens, you begin to miss Bullock throughout the middle of the movie, but are rewarded with the obligatory “he’s not coming back” scene, which is actually terrific. By the end of the movie, you have come to appreciate her character as much you do Hanks’.

EL&IC really comes alive, though, when Thomas agrees to let a man who rents a room from his grandmother (a wonderful Zoe Cladwell) accompany him on his search. This man, only known as The Renter, is played by the great Swedish-born Max von Sydow. This actor, who was not only the Exorcist in 1973 but also played Jesus in The Greatest Story Ever Told as well as the Devil in Needful Things (!?), is the best thing about the movie. And he doesn’t say a word. The Renter has decided long ago not to speak, and communicates with “yes” and “no” written on the palms of his hands, and a notebook. This old man (von Sydow himself is nearly 83) matches step with the boy, although doing  something that his father would have done, he teaches Thomas to overcome his fear of any type of transportation and continue the search using the train. Von Sydow brings the movie from a fuzzy collection of observations from a troubled kid to a focused journey.

Among the other actors, Viola Davis (possibly, and deservedly up for Best Actress for The Help) is great as someone Thomas encounters in his search, and it’s always great to see the vulnerable Viola Davis (The Help, Doubt), as opposed to that nasty yet effective defense lawyer she plays on Law and Order: Special Victims Unit. She is truly a versatile actress. John Goodman has a great turn as the doorman at the apartment building where the Schells live, but he isn’t in the movie enough, and has no really great emotional scene with Horn. It almost seems as if a lot of his performance was edited out of the movie. (I really did enjoy his performance, as you may recall, in The Artist.) A lot of the supporting cast, and it’s pretty large, contribute to a mosaic of New York in The Aftermath.

Great storytelling is about character change, and by the end of the movie a resolution happens that did make me cry a bit. It is followed by a denouement that goes on a bit too long for my taste, but the movie as a whole does leave you with an honestly bittersweet feeling, even though it hasn’t been as heart-rending as you expected it to be.

By movie’s end, we really that young Thomas Horn is actually a pretty good actor, and his near-monotone delivery (you get the feeling he might be autistic; Oskar admits to being tested for Asperger’s syndrome) may not create empathy for all of us, but still makes his search compelling. He handles the more emotive scenes quite well, so his being plucked from the game show circuit, with no previous film acting experience, may have been a good thing.

Yes, the movie is worth seeing. Probably the best summary of the effect Extremely Loud & Incredibly Close had on me was when I went to the Al’s Beef in Chicago Heights for my weekly mozzarella/roasted red pepper sandwich (it’s no longer on the printed menu, but they still carry it for me- can you believe it? Go there and ask for the mozzarella pep sub- say Bernie said you should try it. It’s fantastic.) and, after telling the young lady at the counter that I had seen the movie, she asked me what I had thought. I paused for a fraction of a second and then blurted out something I’ve said quite often but never really felt it as much before: “It’s great to be alive.”