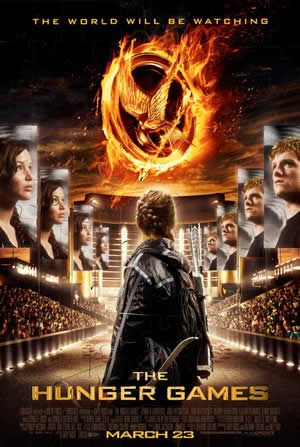 When Jennifer Lawrence came upon the scene with her stunning, moving, Oscar-nominated performance in Winter’s Bone, some of us were under the impression that she was an artist fresh from doing independent movies, that whole milieu of filming in garages, shooting without a permit, making movies for less than $10,000. Looking at the record, though, she’d already had a head start playing, among other things, a teenaged daughter on The Bill Engvall Show, where she embodied the comfort-food version of the American teenage girl, spunky and rebellious, yet ultimately loyal to her family, gamely spouting out the screenwriters’ version of what they think a high-school girl would say.

After she became better-known from Winter’s Bone, Hollywood plunged her into X-Men: First Class, where she was back to her perky teenage self, uttering her rather bland lines with glee, much like Ellen Page did in the X-Men movie she was in; somehow the baby fat returned to her cheeks after her stark indie movie, and that just added to the perkiness. She returned to her natural blondness for that.

The Hunger Games was made for Jennifer Lawrence. Here she takes the same fierce austerity that she projected in Winter’s Bone and applies it to Katniss Everdeen, a poor young woman living in the backwoods, caring for her younger sister and widowed mother, using her skill with a bow and arrow that she developed in her deprived existence to hunt squirrels for food. The theory that Lawrence was cast merely because she was the latest hot indie actress is dispelled when you realize how close her character here is to the one in Winter’s Bone. She’s ideal for Katniss, but doesn’t replicate her earlier performance.

Katniss exists in a country called Panem, in what used to be North America. (There is great location work done in North Carolina, making great use of the beautiful yet foreboding environment.) This is after an apocalypse where the people rebelled against the government, the government won, and to remind them of that fact, each year the Government holds what they call The Hunger Games. Two youths between the ages of 12 and 18 from each of twelve sectors are selected by lottery to participate in the Games, where they are set loose in an arena, different every year, with a random array of weapons, with the objective of killing each other, until one remains.

Elizabeth Banks plays Effie Trinket (the Dickensian character-revealing name doing her justice), the official in charge of the selection process, and it’s a great part for Banks. Playing against the type of the easygoing best friend that she usually plays, she evokes a woman who flaunts her rarified position in society, especially the role she plays in the Games, and she’ll be damned if anybody thinks of bending the rules even slightly. It’s great to see Banks playing a role of such a different tone and mood. She is dressed in a fussy, uptight fashion, with an elaborate hat that brings us to an earlier era and makes us want to laugh at the same time. (Production design on this film is fabulous.)

The selection scene itself is a great essay in an Orwellian future. Against the beauty of the Capitol, the seat of absolute power, the children of all the Districts stand in lines that evokes the fascist sense of rigorous order of earlier regimes. The jittery handheld camera moves nervously through the lines, revealing that that some of these children are indeed children. Faces reveal fear and tension, in sharp contrast to the prim, ebullient Effie as she tries to play cheerleader. The cinematography reminded me, in this scene, of a 1960s experimental movie.

Within the Capitol is a control room with a vast holographic view of the forest, where each child is tracked through a device planted under their skin. The controllers can effectively manipulate the weather and light in this forest, and seemingly create entities out of nowhere. All this is televised to an enthused, bloodthirsty public. Yes, it reminds one of Survivor, and it would be a biting indictment of TV violence and our lust for it if we didn’t already have movies like The Truman Show in our collective memory. It is, still, a pretty robust jab at our desire to see the racecar go off the track and run into a wall.

The tributes, as the reluctant warriors are called, are washed, scrubbed, extravagantly dressed and feted with food the likes of which many of them have ever seen. They are put on parade and displayed to the cheering mob, riding in chariots as if they had returned in triumph from a war. (The Roman theme is pervasive in the movie; the characters who are rich and associated with the Government have names like Cato, Caesar and Seneca.) As all the hairdressers and makeup people fuss over her, Katniss is told that she will be wearing a chemical on her dress that simulates fire. She becomes known as the Girl on Fire.

All these festivities, naturally, need an oily TV host with a nasty heart, and it’s great to see Stanley Tucci throwing himself into what could be a two-dimensional role, but still subtly revealing a vile heart  underneath all the smiles and obsequious banter. If the balding Tucci made a secret wish for hair, he certainly got some in spades here- but probably not the way he wanted it. Another actor making a strong impression is that wonderful scene stealer Woody Harrelson, as the advisor to Katniss and her companion from District 12, Peeta. Haymitch, the advisor, is a cantankerous old survivor of the Games, and once he gets out of his alcoholic haze, forms a bond with Katniss. The scenes where he trains her and slowly turns her to what is really going on were some of my favorite scenes in the movie.

The Games themselves are quite suspenseful, and quite brutal and violent. They begin with the twenty-four tributes rising from the ground to a field where weapons and provisions await. At the starting signal, the children run to the stacks to get what they need, killing if they have to. The Games have officially begun, and we are left in a daze by the initial carnage.

Many of the tributes are from poor Districts, but some are from rich families that have enrolled their children in special academies that train them in the art of combat- career tributes. These particular tributes are beautiful, entitled, vicious children, setting themselves up as perfect antagonists for Katniss. Her battles surviving their onslaughts and that of the interactive forest make up the very suspenseful heart of the movie. One of the main ironies, of course, is the fact that the tributes bond with each other, trying not to realize that they might wind up with each other in deadly hand-to-hand combat.

Lawrence, again, really belies the frothy parts she’d played in the past; I thought she reached my heart more in Winter’s Bone, but she is excellent here, ideally cast. Even though Katniss surrounds herself with a reticent shell, she harbors many emotions. Lawrence effectively delineates Katniss’ love for her family and fear for her life, and shows subtle shadings of her personality. She shows her ability to adapt both in the woods and in front of the camera: as Katniss is put before the camera, she starts off as a person whose shyness makes her an object of ridicule, but evolves into a person who can play the role the Government wants her to play, but also effect change. And when she wants to get the attention of some rich people not paying attention to her, she does.

I never read Suzanne Collins’ Hunger Games trilogy (Catching Fire and Mockingjay followed, and with a $155 million opening weekend, a sequel to the movie is already in the works), so I can’t give you a comparison. Besides, as Shakespeare said, “Comparisons are odorous.” When Ragtime came out in 1981, I eagerly ran to see it, having read and loved the book. What I found was a movie that tampered with the plot a bit, and pretty much eschewed Doctorow’s elegant prose, but was nonetheless a great film. I don’t know what fans of the books, are saying (there are always little quibbles, right?), but the movie certainly stands on its own as something a lot of folks can enjoy. They can marvel at the exacting reproduction of a dystopian world, and quickly come to care about this fierce young woman.