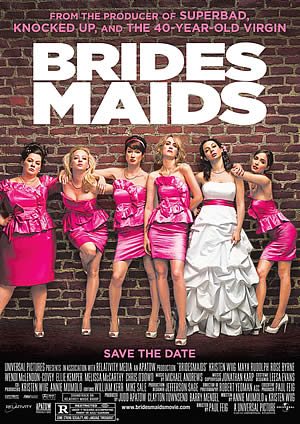 Remember what a real double feature was like? Back in the 1970s, when I was growing up on the beloved Northwest Side of Chicago, I used to go to them all the time. They played in theaters with names like the Luna, the Tiffin, the Patio, the Congress, the Portage, and, of course, the Milford. At the Milford you could see two shows for sixty cents. Of course, the sound was lousy, as was best exemplified when the Milford was showing a re-issue of GONE WITH THE WIND; when they reached Rhett Butler’s famous last line, the projectionist cranked up the volume because he thought that anything significant needed to be loud, and the sound of the badly scratched film almost overwhelmed poor Clark Gable.

So I went to a, shall I say, forced double feature. No, kids, I didn’t see one movie, evade capture and duck into another movie house at the multiplex. I can’t say I paid for each movie separately either; someone had given me a gift card, and I planned it so I could see both and not pay for anything but cappuccino (decaf the second time, don’t worry). As for the movies? Let’s just say I was in attendance at the Boys and/or Girls Behaving Badly Double Feature.

Seeing BRIDESMAIDS got me excited about living and convinced me to seek a yang to its yin, so I went ahead and saw THE HANGOVER, PART II. And since cream rises to the top, let’s start with the boys.

The movie TOOTSIE has a basically absurd, unbelievable premise (man gets a job playing a woman’s part on a top soap opera) but the characters are so-fully drawn and their reactions to the situation so believable, it’s really a comedy.  In Martin Scorsese’s AFTER HOURS, a New Yorker makes a chance decision one night, and gets trapped in a nightmarish (to him) sequence of humorous (to us) events that happen to him throught the night. The latter movie has a series of absurd situations that happen so fast that even though the characters are well acted, we care more about the next event than the character, so the movie falls squarely into the farce camp. I wasn’t sure what THE HANGOVER thought it was: comedy or farce.

Because I expected the first movie to be farcical, I was disappointed. Instead of these things happening one thing right after the other so that I didn’t have time to think about the absurdity of it all, I got bored, knowing something strange was going to happen next, enduring somewhat amusing dialogue until the next thing happened.

I was really open-minded about THE HANGOVER, PART II, especially after the lift I had gotten from BRIDESMAIDS. In that first movie, you will most likely recall, four men (including the impending bridegroom) go to Las Vegas for a bachelor party, wake up after a bender, realize the bridegroom is missing, and then go in search of him for the rest of the movie. In PART II, one of the former bridal party members (Ed Helms, the dentist), is getting married in Thailand, and after having what was supposed to be one “previously sealed” beer on the beach with the guys from the first movie, wake up in Bangkok hotel with the bride’s little brother missing. And the insanity ensues.

The beginning of the movie bade well, especially the beautiful Thai scenery (no, stunningly beautiful Thai scenery), and the squalor of Bangkok really capturing my attention. The boys kept on referring to their adventures in the first movie, so I figured I was going to see all kinds of interesting preventive measures and diversions to be sure this wouldn’t happen again (the napkin over the orange juice was a nice bit), but once the plot started in earnest, I realized that not only was the plot vaguely similar, it copied the first movie plot point by plot point. (A few spoilers might lurk in the following paragtraph.)

Cute baby? No, cute monkey. Enounter with a prostitute? Yes. Annoying Asian crime figure? He’s back. Tasers? No, thankfully, but instead we get…bamboo poles. Responsibility for it all? You guessed it. Resolution of situation? Unnervingly close to the original. Eleventh hour race against the clock? It’s there. I’ve never really understood what critics meant when they used the word “cynical” in movie reviews, but I get it now. When a person is cynical, they do not have faith in the pure goodness pof people. When the makers of a movie are cynical, they do not have faith in the intelligence of the audience.

The movie isn’t such a bad way to kill a couple of hours, and there was some laughter, but I didn’t hear any guffaws. There are two nice moments which feel warm and seem almost spontaneous; one is on a crowded Bangkok bus, and the other involves some guitar-playing. There is a wonderfully gonzo performance at the end by an unexpected guest, but I think I was laughing at the concept rather than the execution. Helms does well as the nervous bridegroom, Brad Cooper does the jerk-in-real-life- becomes-the-go-to- man when there’s a situation, Justin Bartha is about as charismatic as he was in the first movie, and my tolerance level for Zach Galifiniakis has gone from five minutes to seven. Ken Jeong is actually easier to take in this movie as Mr. Chow, Nick Cassavetes, replacing Liam Neeson (who replaced Mel Gibson), is fine as a tattoo artist, and Paul Giamatti almost steals it as a crime lord.

Maybe this is cynical, but if you liked the first one and don’t expect much out of the sequel, you might enjoy THE HANGOVER, PART II.

BRIDESMAIDS  was  joyous to me. This is a true comedy, which when it follows the rules and focuses on character and interaction, it flies high, which is not to say that it doesn’t handle the “comic situations” well, for the most part. It tells the story of Annie (Kristen Wiig, a revelation to me as I did not see MACGRUBER, thank you very much, or am a big fan of SNL) living in a rented house with a rather bizarre English couple. The bakery she established was a victim of the recession, and she is brole and coping with it. Her best friend Lillian (Maya Rudolph- Minnie Ripperton’s daughter! Who knew? I didn’t.) suddenly tells Annie that she is engaged, and asks her to be her maid of honor. Annie is thrilled, and agrees to somehow see her way through the formidable task.

Annie meets the other bridesmaids, and almost immediately finds herself in a battle for Lillian’s attention with Lillian’s friend of less than a year, Helen (Rose Byrne). It is here where the movie establishes its focus, with a scene at an engagement party where each of the two women, in wishing Lillian her best, wants to have the “last word.” And it’s from this crux of the plot that the laughter comes. Annie plans all the events that a maid of honor must, and through no fault of her own (unless, perhaps, subconsciously), things at these events go horribly wrong. Tension rises among the three women as the movie progresses.

The movie belongs to its actresses, especially the conflicted trio at its heart. Wiig is so beautifully empathetic, and as we relate to her, we realize that we are doing it in spite of the fact that she is causing some of the problems herself, especially in the second half of the movie. But those eyes hook you in, and you just hope for the best. Rudolph is long-suffering but sweet and believable as Annie’s friend, and the bond between them feels as if it’s been there long before we took our seats in the theater. Rose Byrne, all poise, experience and money, gives Helen the sort of quality that makes you wonder if she’s aware that she’s insidiously trying to wrest the job of maid of honor away from Helen. Her vulnerability and imperfection still comes through in Byrne’s hands.

The other bridesmaids establish memorable (if not as fully-realized) characters, with the very notable exception of Megan, played by Melissa McCarthy. We’ve seen her in the commercials, right? She’s the one that’s large, big-mouthed, fearless and absolutely hysterical, with a great scene with Annie near the end. Although the women in HANGOVER II are more or less marginalized, the men here do stand out. John Hamm plays a uh, friend of Annie’s who’s true character is carefully layered into his performance. Every time I see Hamm perform outside of MAD MEN, I realize that whatever character he’s playing starts with Don Draper, and has his walls raised even high or dropped considerably, depending on the movie. And I am saying that as a compliment, because I believe he’s a great actor. Chris O’Dowd plays an authentic Irish cop that flirts with Annie, and O’Dowd makes the character funny, goofy, and quite vulnerable.

BRIDESMAIDS’ plot is somewhat predictable, and two “comic set pieces,” one at a gown fitting and one on a plane didn’t really work, I thought, but it’s not really the fault of the cast. (The scenes almost seem like they would work better in a HANGOVER movie.) When the movie has its cast relating to each other as people, it’s outstanding.

One heckuva double feature, right? Guys thinking that BRIDESMAIDS is going to be a “chick flick” are cheating themselves out of something special. And to tell you the truth, the loud laughter came not from the audience at HANGOVER, but from the audience at BRIDESMAIDS. But if you only see one of the two movies, either way you will be treated to a surprise musical guest at the end.