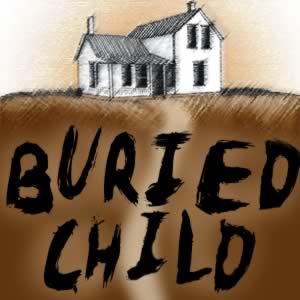 Chicago Heights, IL-(ENEWSPF)- The Drama Group is proud to present the Pulitzer Prize-Winning dark drama, BURIED CHILD, by lauded American playwright Sam Shepard directed by M.J. Renzi. Performances will be held at The Drama Group’s Milord Studio Theatre on June 9, 10, 15, 16 & 17 at 7:30 pm and matinees on June 11 & 18 at 2:00 pm.

Tickets are $20 for adults; $19 for seniors and $15 for students with ID. Group discount rates are also available.  Good seats are still available.  Tickets can be purchased by calling the Box Office at 708-755-3444 or online http://www.brownpapertickets.com/event/2948298
The Drama Group’s Milord Studio Theatre is located at 330 W. 202nd Street in Chicago Heights. For directions and other information regarding Drama Group activities, please visit our Website  www.dramagroup.org.

Buried Child is set in rural 1970’s America as it reels from a recession and political unrest. The similarities between then and now are strikingly compelling with the Financial Times stating, ‘Sam Shepard’s ripe slice of American gothic with its deeply dysfunctional family symbolic of a divided and disillusioned America’.

Sam Shepard takes a macabre look at one American Midwestern family with a very dark secret. The play depicts the fragmentation of the American nuclear family in a context of disappointment and disillusionment with the American Dream and the breakdown of traditional family structures and values. Alternately funny and darkly macabre, Buried Child weaves a twisted family drama of epic proportions.

“What strikes the ear and eye is comic, occasionally hilarious behavior and speech at which one laughs while remaining slightly puzzled and dismayed (if not resentful), and perhaps indefinably saddened. Yet there is a swing to it all, a vagrant freedom, a tattered song. Something is coming to an end, yet on the other side of disaster there is hope. From the bottom there is nowhere to go but up.” The Nation