StoryCorps in Chicago, Community Partners to Host ‘Dismantling Barriers to Life: A Speak Out on Mass Incarceration’ on March 11th 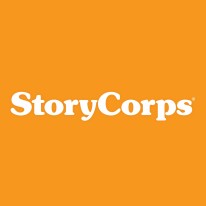 Chicago –(ENEWSPF)—February 21, 2017.  StoryCorps in Chicago is partnering with several Chicago community-based organizations for an upcoming event on March 11th, “Dismantling Barriers to Life: A speak out on mass incarceration,” to explore the impacts of mass incarceration within the Chicago community. The event will take place at the First Baptist Congregational Church, 1613 West Washington Boulevard in Chicago.  Doors will open at 12:30 p.m. with the program beginning at 1 p.m. The event is free and open to the public.

Co-hosts for the event include Cabrini Green Legal Aid, Precious Blood Ministry of Reconciliation, Community Renewal Society, Growing Home, and Transformative Justice Law Project of Illinois. These organizations are among those in Illinois providing direct services to individuals and families impacted by mass incarceration. They have also partnered with StoryCorps in Chicago to record first-person accounts so that these experiences are preserved in this nation’s historical record. Some of these interviews have aired on WBEZ and are archived at StoryCorps, the Library of Congress, and the Smithsonian Museum.

After forging these partnerships in which dozens of participants shared their intimate experiences with incarceration, partners gathered with StoryCorps to see if an event to showcase the stories and the work of these organizations could be possible. The event’s MCs are Colette Payne of Cabrini Legal Aid and Marlon Chamberlain Community Renewal Society.

“Behind every social injustice there is a personal story,” says Colette Payne. “I tell my story, because it will change the world.

“Produced audio stories will be interwoven with personal testimonies, facilitated circle discussions, tabling by advocacy organizations, and a panel discussion on barriers to life after re-entry. Light refreshments will be served.

The event is affiliated with the StoryCorps Justice Project (SCJP), Storycorps’ newest initiative, which aims to amplify and preserve the stories of people whose lives have been impacted by mass incarceration and the justice system nationwide.

On February 17th, the Justice Project partnered with WBEZ to broadcast a conversation recorded at the Chicago StoryBooth with Darryl Cooke and Terry Baines. These two men sat down at the Chicago Cultural Center to reflect on their understanding of historical trauma, and how their brotherhood has supported them through the challenges of re-entry.

The StoryCorps Justice Project is a grant recipient of the Safety + Justice Challenge Network, an initiative of John D. and Catherine T. MacArthur Foundation.

StoryCorps’ mission is to preserve and share humanity’s stories in order to build connections between people and create a more just and compassionate world. Founded in 2003 by Dave Isay, the nonprofit organization StoryCorps has given 350,000 people the chance to record interviews about their lives, pass wisdom from one generation to the next, and leave a legacy for the future. It is the largest single collection of human voices ever gathered. StoryCorps shares edited excerpts of the stories we record through popular weekly NPR broadcasts, animated shorts, digital platforms, and best-selling books.

In 2014, StoryCorps in Chicago opened a permanent booth in the Chicago Cultural Center dedicated to recording stories from the public and expanding community engagement by partnering with organizations that serve diverse communities. Since 2014, StoryCorps in Chicago has recorded and partnered with over 140 organizations and recorded over 3,000 interviews.

Colette Payne is an organizer, leader, student, mother, and grandmother. Since 2014, Colette has acted as the head of the Visible Voices program for the CLAIM (Chicago Legal Advocacy for Incarcerated Mothers) Program and now serves as the Community Organizer for Cabrini Green Legal Aid. In 2015 Colette joined the delegation to assess women’s prisons in Illinois, becoming the first formerly-incarcerated woman to serve in this role in the entire United States. Colette was also selected as a 2016 Fellow for JustLeadershipUSA.

Marlon Chamberlain was released from Federal Prison on May 29, 2012 after serving 10 years. Following his release, he began working with the F.O.R.C.E. Project (Fighting To Overcome Records & Create Equality), an initiative of the Community Renewal Society led by people with records, and currently serves as its Organizer. Marlon is also a student at Kennedy King College in pursuit of his Master’s degree in Social Work. He is a devoted family man, who continues to put his faith into action by building relationships with congregations and like-minded people to fight against racism, discrimination, and poverty.