‘The Light In The Piazza’ Is ITC’s Summerfest Musical 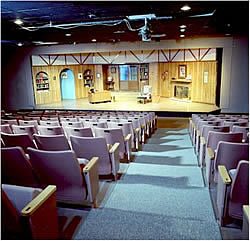 THE LIGHT IN THE PIAZZA features music and lyrics by Adam Guettel and book by Craig Lucas, based on Elizabeth Spencer’s novella. The Broadway production won six Tony Awards in 2005, including Best Score. The New York Times called it "The most intensely romantic score of any musical since WEST SIDE STORY", while New York Magazine described it as "Breathtaking! Original and daring! …Anyone who cares about the rather uncertain future of this truly American genre must see the show!"

The story is set in Italy in the summer of 1953. Margaret Johnson, the wife of a wealthy American businessman, is touring Florence with her daughter, Clara. While sightseeing, Clara loses her hat in a sudden gust. As if guided by an unseen hand, the hat lands at the feet of handsome young Fabrizio Naccarelli, who returns it to Clara. This brief episode, charged with coincidence and fate, sparks an immediate and intense romance between Clara and Fabrizio. Margaret, extremely protective of her daughter, attempts to keep Clara and Fabrizio apart. As the story unfolds, a secret is revealed: in addition to the cultural differences between the young lovers, Clara is not quite all that she appears. Unable to suppress the truth, Margaret is forced to reconsider not only Clara’s future, but her own hopes as well.