The Peter Mayer Group in Concert at Freedom Hall 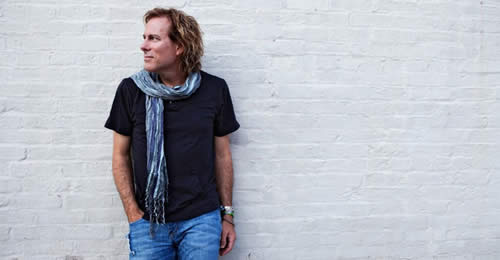 Park Forest, IL-(ENEWSPF)- The Peter Mayer Group will be performing at the beautiful Freedom Hall/Nathan Manilow Theatre, Park Forest, IL, on July 28, 2011, at 7:30 pm. Tickets are $25. There will be a limited number of tickets available for $40, which includes admission to the concert on July 28, as well as an intimate rehearsal and unique question and answer opportunity on July 27, at 3:00 pm.

Guitarist, vocalist, songwriter Peter Mayer brings a multi-faceted writing style, distinctive voice and inspired musicianship, along with a group of musicians that are electrifying in live performance to his return to the Freedom Hall/Nathan Manilow Theatre.

The Peter Mayer Group experienced the theatre during the Stars and Promises Christmas tour, and it was one of the highlights of the tour, with great acoustics and an intimate setting! Joining Peter are R. Scott Bryan (Sheryl Crow, Jeff Coffin) percussion, Marc Torlina (Chuck Berry, Neil Sedaka) Bass, Chris Walters (Bela Fleck, Alabama) keyboard, and Maggie Estes (Leahy, Mike Snyder) violin. With 12 CDs to his name, including his latest arrangements of a selection of The Beatles timeless songs entitled "Goodbye Hello," Mayer has culled influences from his childhood in India that ranged from traditional Indian music to The Beatles, and from his studying and teaching Jazz guitar. Add influences such as Joni Mitchell, Pat Metheny, the many years that he has shared the stage with Jimmy Buffett’s Coral Reefer Band, James Taylor, Mac McAnally, Sonny Landreth, Ringo Starr, Don Henley and others, and you begin to trace the musical storyline of the Peter Mayer Group.

This is one of the select summer shows that will be recorded for a live CD, to be released later this year! Be a part of the taping of this special music and Peter’s newest CD! Tickets for this concert are $25 and can be purchased at Freedom Hall, 410 Lakewood Boulevard, Park Forest, IL. For more information call the Freedom Hall box office at 708/747-0580 or visit the website at www.freedomhall.org.