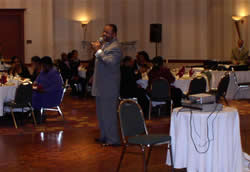 The Far South Suburban NAACP held its 26th Annual Freedom Fund Awards & Dinner Dance Banquet on Saturday, November 11, 2006, at the Matteson Holiday Inn.  The guest speaker for this year's event was Mr. Roland S. Martin, Executive Editor of The Chicago Defender, the nation's largest black daily newspaper.  Martin is a national award-winning journalist, a nationally syndicated columnist with Creators Syndicate and the author of Speak, Brother!  A Black Man's View of America.  He is also a commentator for TV One Cable Network and host of "The Roland S. Martin Show" on WVON-AM/1450 in Chicago, which can be heard daily from 10 a.m. to 1 p.m.

In his presentation, Mr. Martin emphasized the possibilities of only a few people accomplishing great things.  "The people just in this room can transform the entire nation," he said.  "Don't let yourself get caught up in numbers.  What you should be focused on is work.  To be effective, you don't have to have a lot of people."  And he repeated, "Just the people in this room can completely change not just the south suburbs, but the entire nation."

Following are some pictures from the evening. 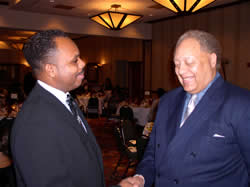 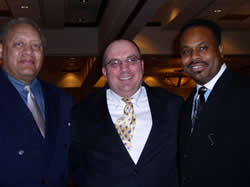 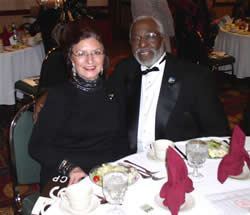 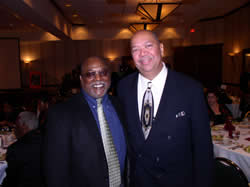 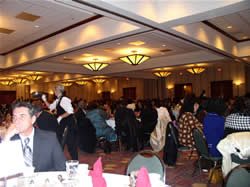 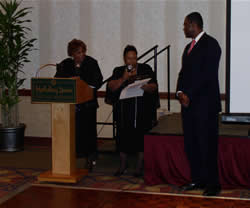 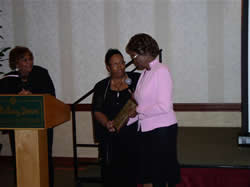 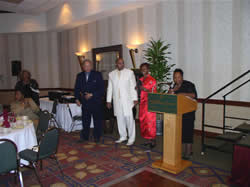