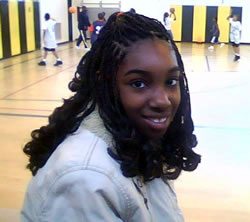 Park Forest, IL–(ENEWSPF)– Jakia Brown of Park Forest was recently selected to participate in Nationals’ 2007 Miss Pre-Teen Chicago pageant competition that will take place on August 26, 2007.  Jakia learned of her acceptance into this year’s competition as Nationals, Incorporated announced their selections on Monday, August 6.  Jakia submitted an application and took part in an interview session that was conducted by Patty Niedert, this year’s Chicago Pageant Coordinator.

Most important, Jakia will display her personality and interviewing skills while interviewing with this year’s Chicago judging panel.  Personality is the number one aspect that each contestant is judged on during all phases of competition.

If Jakia wins the title of Miss Pre-Teen Chicago, she will represent Chicago and the surrounding communities at the Cities of America National Competition that will take place in Orlando, Florida.  Over $60,000 in prizes and awards will be presented at the national competition while each winner enjoys this expense paid trip of five nights and six days.

There is not cost for participating in the pageant.  Community businesses, organizations, and private individuals will assist Jakia by becoming an official sponsor for her.  Through sponsorship, each contestant receives all the necessary training, rehearsals, and financial support which will allow Jakia to become a very confident, well-prepared contestant in this year’s Chicago Pageant.