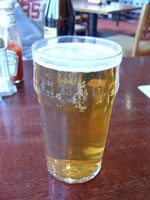 Park Forest, IL–(ENEWSPF)– The Board of Trustees will consider two amendments to village ordinances brought by the police department. The first is an ordinance to restrict the possession and drinking of alcohol while walking on public streets and sidewalks. The measure sought by police is in response to numerous complaints "…heard in some form or another at most of the Neighborhood Meetings that have taken place in over the past 24 months," according to the cover memo to the board by Police Chief Thomas Fleming. Seen as a move to enhance the "quality of life" in residential neighborhoods, "the Police Department would have authority to prohibit ‘street partying’ by people who are over twenty one," according to Chief Fleming. The ordinance was drafted by the Village Prosecutor.

The ordinance amends chapter 6 of the Code of Ordinances of the Village of Park Forest, and targets the transporation of alcoholoc beverages, intoxication, and the drinking of alcoholic beverages on public ways.

With respect to transporting of alcoholic beverages, the proposed section 6-14 states:

It shall be unlawful for any person to transport, carry, possess or have any alcoholic liquor on any street, highway or public place in the village except in the original package and with the seal unbroken, and except as provided in 625 Illinois Compiled Statutes 5/11-502 of the Illinois Vehicle Code, as amended, adopted by reference pursuant to Section 102-2 of this Code.

625 Illinois Compiled Statutes 5/11-502 of the Illinois Vehicle Code is in reference to the, "transportation or possession of alcoholic liquor in a motor vehicle."

Proposeed section 6-15 is written with reference to intoxication:

No person shall appear on any street, highway or in a public place manifestly under the influence of alcoholic beverages, narcotics or other drug, not therapeutically administered, to the degree that he may endanger himself or other persons or property, or annoy persons in his or her vicinity.

It shall be unlawful for any person to drink any alcoholic beverages on any street, highway or public place or in or about any motor vehicle upon any street, highway or public place in the city, unless specifically authorized by the City Council and except as provided in 625 Illinois Compiled Statutes 5/11-502 of the Illinois Vehicle Code, as amended, adopted by reference pursuant to Section 102-2 of this Code.

None of the proposed revisions make any reference to use or consumption of alcoholic beverages on private property.

Carries in a threatening or menacing manner, without authority of law, any firearm, rifle, shotgun, machine gun, pistol, revolver, dagger, razor, dangerous knife, stiletto, knuckles, slingshot, billy, stun gun or taser, crossbow, common or compound bows, underwater speargun, black-jack, sand-club, sand-bag, throwing star, nunchakus, broken bottle or other piece of glass, air gun, air pistol, spring gun, spring pistol, BB gun, paint ball gun, pellet gun or any implement that is not a firearm which impels a breakable paint ball containing washable marking colors, or a pellet constructed of hard plastic, steel, lead or other hard materials with a force that reasonably is expected to cause bodily harm, look-alike weapon which by its appearance, including shape, color, size, markings or lack thereof, or any other identifying physical characteristic, would lead a reasonable person to believe that the object is a weapon which could cause bodily harm, an object containing noxious or deleterious liquid, gas or substance or other dangerous weapon;

The same chapter later speaks to the use of weapons in particular in sections 66-166 through 66-169.. This earlier definition would be the first reference in the Code of Ordinances to a weapon.