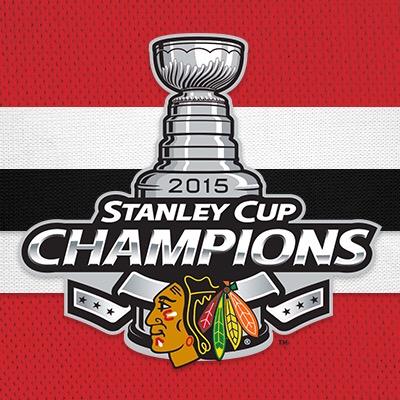 THE PRESIDENT:  Thank you, everybody!  (Applause.)  Thank you.  Everybody, have a seat.  Have a seat.  For the fourth — for the third time as President — I was getting ahead of myself, I almost said, fourth — (laughter) — I get to say:  Give it up for the Stanley Cup champs — my hometown Chicago Blackhawks!  (Applause.)  Yeah!

It is always fun to have the Stanley Cup here.  It truly is the best trophy in sports.  I’ll admit I was hoping you’d give me a day with it this time around, where I could just — (laughter.) Before I was President, I just want to point out, you, the Blackhawks, had gone almost half a century without seeing this thing.  (Laughter.)  Now you’ve got the hat trick.  So I think it’s pretty clear the kind of luck I’ve brought to this team.  (Laughter.)

We’ve got a lot of ‘Hawks fans in the house today, including Congressman from Chicago Mike Quigley — who still plays, by the way, still plays hockey.  (Applause.)  I want to congratulate NHL Deputy Commissioner Bill Daly.  We’ve got Blackhawks owner Rocky Wirtz, and we have president and CEO John McDonough.  Give them a big round of applause.  (Applause.)  Obviously, a team doesn’t win this often unless you’ve got a great front office and folks who’ve built a great culture.

We also have to give a big round of applause for a man who just moved into second place on the NHL’s all-time wins list — and that is the coach, Joel Quenneville.  (Applause.)  So between Coach Q, Coach Ditka, Ozzie Guillén, Phil Jackson, it appears the secret for any coach hoping to bring a title to Chicago is to grow out your mustache.  (Laughter.)  Ozzie had a goatee when the White Sox won in ’05.  But that’s close enough.  (Laughter.)

Now, this year’s title was a little different.  For the first time in 77 years, the Blackhawks won the title in Chicago, on home ice, in front of their fans.  It was a high-water mark for a team that’s been in the midst of one of the most dominant stretches in all of sports.  Three titles in six years. (Baby yells out.)  Yes, it is worth cheering for.  (Laughter.)  We’ve got a young fan right there.  Eating a hockey puck.  (Laughter.)

Three titles in six years.  Conference finalists in five out of seven years.  One of the best records in hockey this year, as well.  Each year, that target on their back grows a little bit bigger.  Each year, the salary cap makes it a little tougher to keep this group together.  But each year, the ‘Hawks keep on winning.  It is, as I said, a tribute to the front office.  It is also, by the way, a tribute to the head of scouting, who just told me that he could help me pick my Supreme Court justice.  (Laughter.)  Where is he?  Yeah.  (Laughter.)  He volunteered.  He said, I know what I’m doing.

Of course, most of all, it’s a tribute to the guys on the ice.  You all know the big names on this team — seven players who were here for all three titles; the guys you’ve heard me talk about twice before.  So today I want to actually give the spotlight to two of the unsung heroes on this team.  And they’re the kind of guys behind the scenes on every winning team, in sports and beyond.

First, there is Kimmo Timonen.  Now, Kimmo already had a great career before last season.  He’d been to the Stanley Cup final, Olympic final, World Championship final.  He had lost them all.  Just telling the truth.  (Laughter.)  In August, he was diagnosed with blood clots in his lungs and his calf — wasn’t even sure he’d play again.  He was traded to Chicago midseason, fought back on the ice — his final NHL game, at the age of 40, Kimmo finally hoisted the Cup.  And that — first of all, as an old guy, it makes me feel good.  (Laughter.)  But it’s also a sign of a great career and somebody who’s just able to stick with it and consistently contribute and make a huge difference.  So give Kimmo a big round of applause.  (Applause.)

Then we’ve got backup goalie, Scott Darling, who — go ahead and wave, Scott.  (Applause.)  So Scott grew up idolizing the legendary Blackhawks’ goalie, Eddie Belfour; came up big in the playoffs against Nashville.  But I want to highlight something he did just a couple weeks ago, when this team was on a road trip in Arizona.  He struck up a conversation with a man down on his luck.  Scott, I suspect, recognized some of his own struggles in the past, thought he might be able to help.  He set him up in a hotel room, paid the bill for a month, hoping that that would be enough time for the man to get back on his feet.

Scott didn’t tell anybody about this, except for his new fiancée.  But a couple days later, the story went viral.  Apparently, an Uber driver told the story to a beer-league hockey player.  I’d never heard of beer-league hockey — (laughter) — but it sounds like fun.  (Laughter.)  And that player posted it online.

And I couldn’t have more respect for Scott’s modesty, but now that it’s out there, I think it’s the kind of good deed that bears repeating.  A champion reached out to help somebody who could use a hand -– even though he didn’t have to, even though nobody was looking, even though he wasn’t asking anybody for credit.  I like to think that reflects something about our city, about Chicago.  It’s a very American thing to do.  And so, Scott, I just want to say thank you.  (Applause.)

And I think this is reflective of a lot of great work that the Blackhawks are doing as well.  Last season, they raised more than $2 million for nonprofits that work with local kids and their families.  They’re supporting health and wellness, education, and housing initiatives.  They brought a few Wounded Warriors who were patients at Walter Reed here today to say thank you for their service to our country.  They’re building a new practice facility, but they’re not just keeping it all to themselves -– they’re opening it up to the community, including inner-city kids who might not otherwise get a chance to skate.

So thank you for the good work that you are doing as an organization on and off the ice.  We are all excited for Chicago to host next year’s NHL Draft.  Good luck.  (Laughter.)  Congratulations on your third title.  It would be nice to have — just squeeze one more in there — (laughter) — before I leave.  (Laughter.)  Because then I definitely will take credit for this amazing championship run.  (Applause.)  I haven’t given up hope on the Bulls, or the White Sox, or the Bears — heck, I’d even take the Cubs.  (Laughter.)  But in the meantime, let’s give it up against for the Chicago Blackhawks!  (Applause.)

COACH QUENNEVILLE:  Well, thank you, Mr. President.  It’s an honor for the Chicago Blackhawks to be invited back to the White House, as you said, three times in six seasons.  And like winning the Stanley Cup, we can assure you that the entire organization, beginning with these incredible athletes that you talked about, will never take this for granted.

We’re pleased to present you today with a jersey representing three championships, which is over there; the painting, which is in the other room, of the same; and a replica of Lord Stanley, which you might want to put in some library sometime.  (Laughter.)

But we also want you to know as you might — as you said, spending, as you said, a little more time away from the White House in years to come, and so while you’re driving yourself around Chicago, we thought that we might want to present you with something that is near and dear to our heart, and that’s a parking pass for the United Center.  (Laughter and applause.)  It’s not only good for Blackhawk games, but for any event at the United Center for you and your family.  (Laughter.)

So on behalf of the organization, thank you very, very much. (Applause.)

THE PRESIDENT:  Thank you!  Can I just say, this is the best gift I’ve ever gotten at the White House.  (Applause.)  This is really cool.  You’d pay for this, wouldn’t you?  Absolutely.  (Laughter.)  Quigley — I might sell this on eBay.  (Laughter.)

All right.  Thank you.  Come on, let’s knock this down so we can get a good picture.  Come on down.  Oh, wait, wait, wait, it looks like I’ve got one more thing coming.  Hold on, hold on.  This is important.

MR. MCDONOUGH:  As you said the last time we were here, Mr. President, you said “it looks bigger on TV.”  (Laughter.)

THE PRESIDENT:  I did.  This is almost as cool as the version that pops popcorn that I also still have.  (Laughter.)  And it’s high-quality popcorn, I want you to know.  And the jersey.  Okay.  That’s a good look right there.  Look at that.  (Applause.)